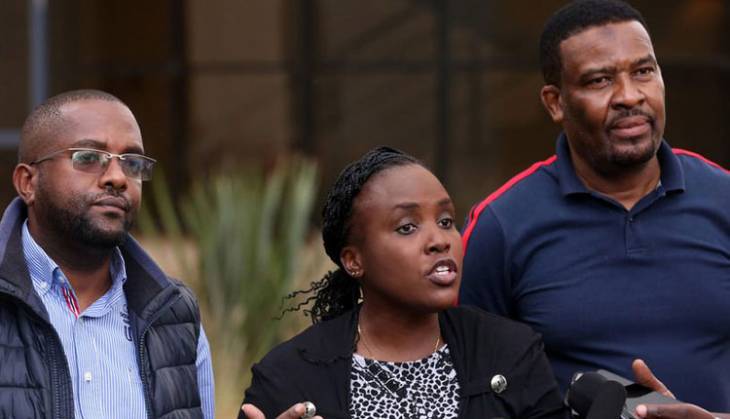 The clubs are asking the committee to suspend the league for at least three weeks so that proper normalisation can come into place.

There are complaints ranging from officiating, logistical support failure and lack of player cards, among other issues, with the committee being put on the spot over its failure to share match statistics including standings or suspensions creating confusion.

Leading the charge are Murang’a Seal FC who Monday sent an email to the committee secretariat chief executive Lindah Ogutu regarding clarifications and the way forward to forestall a crisis.

The committee’s head of competitions Ali Nour recently addressed issues of management and planning, saying they are looking at ways of resolving bottlenecks going forward.

The email from Murang’a Seal reads in part: “We would like to bring to your attention that a majority of the NSL teams have resolved to have the league put on hold for at least three weeks for the following reasons, amongst others: Some teams do not have player cards and therefore it is possible that ineligible players are being fielded; You have not been supplying match statistics to the teams therefore we have no knowledge of suspended or all cautioned players.”’

The email went further: “Teams are undergoing financial difficulties and you have not remitted the money that you promised; Referees have not been paid so far which leaves room for compromise of officiating; We are not aware of who is appointing referees and the criteria of appointment;

Related Content:  What The FIFA Ban Mean For Football In Kenya

We have not elected any officials of NSL and majority of teams believe that impostors masquerading as NSL officials are not giving you the true facts.

We are therefore requesting that the League is called off for at least three weeks to enable these concerns to be addressed.

APS Bomet chairperson Rose Chemutai she is aware of concerns raised by the clubs and asked for quick resolution of the challenges to avert a further crisi.

“We are basically on the same page with the issues and so we want a solution fast.

I am aware that most club bosses in the National Super League had written a memorandum and so we are awaiting full communication from the caretaker committee because so far, it has been incredibly difficult for the teams.”

Why Tennis Superstar Novak Djokovic Has Been Detained By Australian Authorities