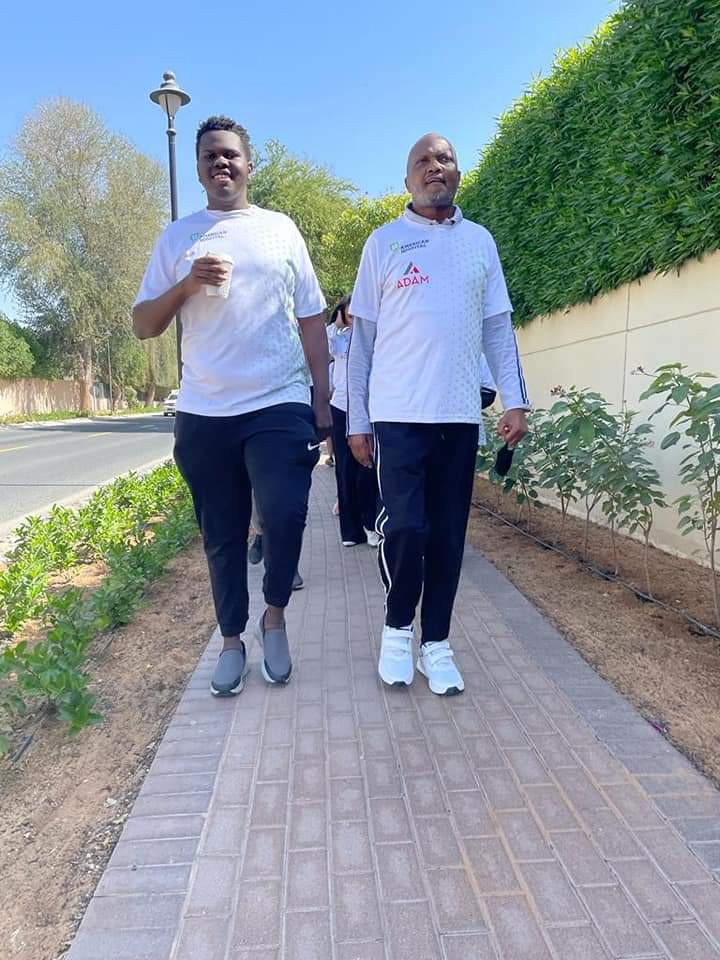 Moses Kuria talks a walk after discharge from hospital.

The lawmaker, who has undergone at least eight surgeries, was discharged from the American Hospital in Dubai on Saturday, February 12.

Kuria has been undergoing treatment after sustaining third-degree burns he suffered in his feet following the malfunctioning of a warm mat gadget.

On December 15, 2021, the MP underwent the eighth stem cell surgery.

Stem cell is a modern cutting-edge medical innovation that is aimed at developing and regenerating body cells and nerves.

The surgery, Kuria said, was conducted by a team of doctors drawn from the United Arab Emirates, India, Germany and South Korea.

While being taken on a walk after discharge from hospital on Saturday, one of the American Hospital lead doctors said she was happy to see Kuria back on his feet after 137 days of being unable to walk.

“Today we are walking with the Honourable Moses Kuria on his feet after 137 days. We prevented amputation at the American Hospital in Dubai,” said the doctor in a video posted on Kuria’s Facebook page.

In a brief message, Kuria, who stood next to the American Hospital doctor, said: “Thank you to the hospital and to Science.”

The MP was among the world’s pioneer patients of stem cell surgery.

After sustaining burns in the September 2021 incident, Kuria sought treatment at the Karen Hospital before opting for advanced medical attention at the American Hospital in Dubai in early December 2021.

“The company must take responsibility. I have contacted the Directorate of Criminal Investigations. A criminal and civil process is taking place because I do believe that this issue (malfunctioning of the gadget) is of fundamental and paramount importance to Kenyans. I will ensure I get to the bottom of it,” he said in October.

Kenya Insights allows guest blogging, if you want to be published on Kenya’s most authoritative and accurate blog, have an expose, news TIPS, story angles, human interest stories, drop us an email on [email protected] or via Telegram
Related Topics:Moses KuriaStem Cell
Up Next