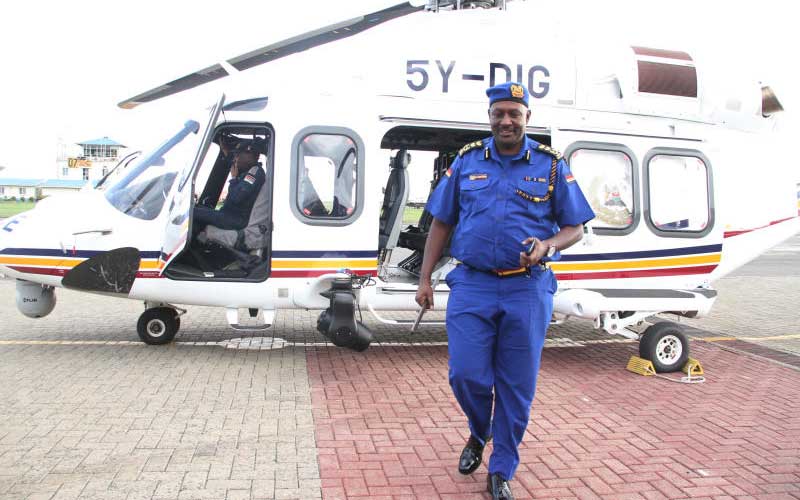 Reports from media sources indicate that plans are underway to transfer the management of all state institutions planes including the police choppers to the Kenya Airforce which after an executive order by the President will by default be the managing body.

State agencies that own planes include; Kenya Power, KenGen, KWS, Ketraco amongst others.

According to those privy to the details, the planes will all be rebranded to Kenya Airforce who’ll now be managing the aircrafts under military terms.

The new development adds to Uhuru’s pattern of adding military personnel to key state institutions. Recently, he transferred the Kenya meat commission to the KDF, Nairobi is currently under a military commandant rule with further plans showing he’s likely to install more military and intelligence servicemen in other state institution.

DPP Haji and Police IG Mutyambai are both ex NIS officers going to show Uhuru’s strategic placements and the trust for the two security agencies. According to the aviation Bill in parliament, the air force commandant is also listed to be amongst the top decision making council members.

Kenya Insights allows guest blogging, if you want to be published on Kenya’s most authoritative and accurate blog, have an expose, news TIPS, story angles, human interest stories, drop us an email on [email protected] or via Telegram
Related Content:  Henley Index: The Kenyan Passport Is Now The Strongest In The Region With 71 Countries You Can Visit Without A Visa
Related Topics:
Up Next