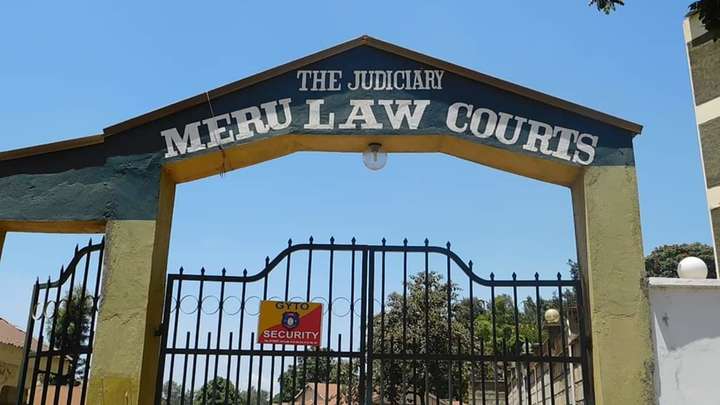 Court proceedings at the busy Tigania Law Courts were on Tuesday paralysed after lawyers from Meru County held demonstrations demanding the transfer of the magistrate in charge of the station.

They accused him of corruption and high-handedness.

Holding placards and blowing whistles, the over 100 lawyers claimed that Principal Magistrate Gathogo Sogomo at times rebukes them in front of their clients, thus embarrassing them.

Led by Meru Bar Association Secretary-General Joel Mutuma, the lawyers claimed that the magistrate at times cuts deals with litigants, denying the advocates the right to represent them.

The also claimed that the magistrate at times writes rulings behind their backs.

“He writes conflicting judgements and appeals and one only comes to learn about it later. There is a lot of ‘cartelism’ where advocates are being asked to move out of cases and [matters are] handled differently. There are claims of corruption,” Mr Mutuma said.

Lawyer Hillary Sande said Mr Sogomo had overstayed at the Tigania Law Courts and ought to be transferred.

There was drama as the lawyers broke down the court’s gate which had been locked and cordoned off by anti-riot police.

The lawyers later presented a petition to the Mt Kenya Bar Association Chairperson Linda Kiome to be handed to the Judicial Service Commission (JSC).

Ms Kiome said there have been numerous complaints against Mr Sogomo and dialogue had failed, thus forcing them to resort to mass action.

“Even during the reign of Justice Alfred Mabeya, we tried dialogue but it failed. That’s the reason we are picketing — taking the bull by the horns. We shall not attend his court. We will boycott his court until he is removed, even if it takes a year,” she vowed.

However, this is not the first time the magistrate is coming in to trouble. In 2014, he was axed from the judiciary by the Judges and Magistrates Vetting Board (JMVB) who found him unsuitable to continue serving in the Judiciary.

In reaching the decision to sack Gathogo, who was a magistrate based in Moyale, the board observed that he was abusive and used derogatory language in court.

The Board also found that the magistrate had failed to satisfactorily explain his financial transactions and had given the panel a general response without adequate substantiation.

“In terms of section 23(1) of the Sixth Schedule to the Constitution and sections 13, 18, and 21 of the Vetting of Judges and Magistrates Act No. 2 of 2011, the Board unanimously determines that Gathogo is not suitable to continue serving as a Magistrate,” said Board’s Chairman Sharad Rao.