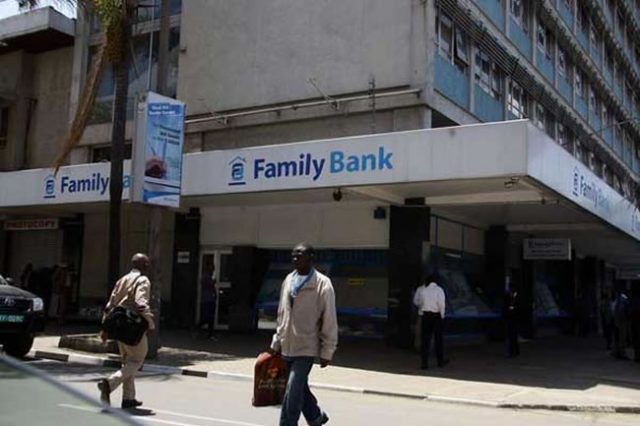 A worrying trend in the last couple of weeks in the country’s capital Nairobi now has police, bank operators and their customers in constant worry following at least four incidents of customers being robbed of their money shortly after conducting various transactions.

The latest incident saw a man sustain gunshot injuries after being shot at by gunmen aboard a motorcycle.

According to preliminary reports, the man had just withdrawn Sh1.1 million from Family Bank, Donholm branch and while on the road, he was later ambushed at the Cabanas bus termius when the incident occurred.

“We want to know how they knew he went for the money. The gang is on the run but we will get them,” said Embakasi Sub-County Police Commander John Nyamu.

The man who was shot on the groin has been admitted at the Mater hospital.

“From the bank, the victim boarded a matatu to Taj Mall where he alighted and took a boda boda to Cabanas to do some transaction near Cabanas stage along Mombasa road,” he further said.

The victim is said to have initially resisted attempts by the gunmen to rob him of his money but his efforts proved futile.

Detectives have now launched a manhunt for the gunmen as well as a pursuit for the bodaboda operator who dropped him off at Cabanas stage.

Kenyans have now been encouraged to be extra vigilant while withdrawing huge amounts of money from banks and preferable seek security if need be.

Just last week,police commenced a search for a gang of three men who robbed a man Sh414,000 that he had withdrawn from a bank in Utawala area in Nairobi county.

The victim who is an administrator of a computer school in Mihango area had withdrawn the money from a bank and took an Uber back to the school when a car that had been trailing him blocked their way and hijacked them at about 2pm.

The thugs took control of the car and drove towards Karagita area near Nairobi River where they dumped both the driver and the victim before escaping with the money.

The matter was reported to the area police.

In a similar failed incident, an accountant working at a local academy in Karen escaped being robbed Sh100,000 he had withdrawn from a bank in Galleria mall.

The accountant told police people who had tried to block his way along Bogani Road claimed to be police officers but he drove past their blockade avoiding the robbery.

Police are investigating both incidents, with preliminary investigations revealing that it could have been an inside job.

Kenya Insights allows guest blogging, if you want to be published on Kenya’s most authoritative and accurate blog, have an expose, news TIPS, story angles, human interest stories, drop us an email on [email protected] or via Telegram
Related Topics:Bank RobberyFamily Bank
Up Next