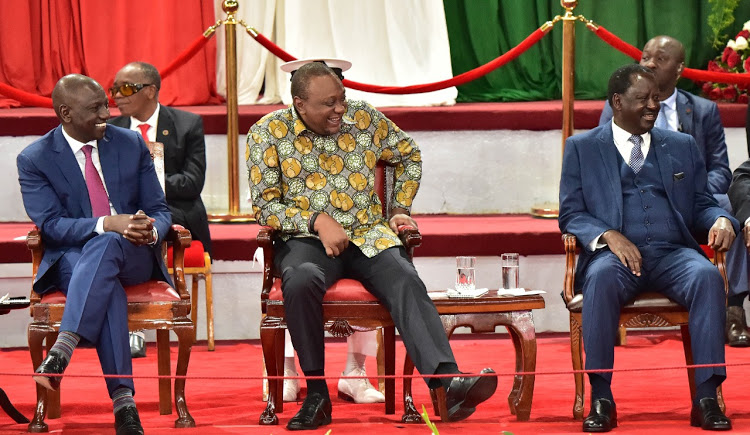 Kenya’s justice system like many of her Commonwealth counterparts is Adversarial. Simply put, each side in a court proceeding endeavors to win the proceedings within the limits of the law and rules of the court.

The 2010 Constitution of Kenya grants every citizen under Chapter 4(The Bill of Rights); several Fundamental Rights and Freedoms, it envisages that all, irrespective of age, gender, sexual orientation are equal before the law. The Bill of Rights is noted as an integral part of Kenya’s democratic state and is the framework for social, economic, and cultural policies.

On this premise, I found Boniface Mwangi’s post on May 22, 2021, not only irresponsible but an indictment to a man who has been at the forefront of fighting for a just Kenya. I made him know my thoughts on his sentiment on both his Facebook and Twitter social media pages.

Mr. Mwangi is not an ordinary citizen in my view. He has earned his name as a celebrated photographer and activist. He has championed worthy causes whether you agree with him and his ways or not. Our society is better because of his courage but on this he erred. Funny is that some respectable members of society who spent most of their early life championing for a free and democratic Kenya keep cheering him. They see no evil, hear no evil.

The issue at hand is the Building Bridges Initiative (BBI)that remains quite emotive with the proponents and opponents of the document holding dear their various positions. Such moments in growing democracies like ours should be cherished irrespective of what side you choose to take or even remain neutral.

Related Content:  Crisis Pregnancy Centres is Not a Solution for Sexual Violence Survivors!

Proponents of Linda Katiba overwhelmingly won the case at the Kenya High Court. Feeling aggrieved by the judgment, proponents of the BBI have challenged the ruling at the Court of Appeal. One would expect a sober debate around the issue in a growing democracy. Not name-calling and trying to set up them versus us agenda. It is on this premise that I believe that Mr. Mwangi should be called out.

From where I sit, there is a growing feeling that a certain group of activists and especially Twitter users who are trying to deny our young democracy the freedoms that many have fought so hard to acquire. Anyone who is not on their side of a debate is either branded a traitor to their version of envisaged Kenya. Seldom will they ever put you down on the substance of your views, they trivialize divergent views by throwing snide remarks covered with tribal connotations.

“Every man in the world believes that their wife is the most beautiful woman in the world.” Arsene Wenger, former Arsenal FC manager when responding to the media after he was asked about his team.

That statement is quite relevant in many public discourses, once someone holds a position, they think theirs is the best. That is okay if you ask me. But it should never be at the expense of belittling or demonizing the other.

For years many have fought against state excesses, our history is rich with men and women, and events like Saba Saba are lasting reminders of the struggles we have had as a country to ensure that the State is not a small god. Why then should we allow a small group of activists and social media users to try to stifle debate?

Allow me to remind Mr. Mwangi that he is a founding member of the Ukweli Party, and below is part of what his party claims to stand for on their website.

“Ukweli Party is a social-democratic national political organization and movement of diverse citizens, working together towards a Kenya that is governed democratically and competently.” reads part of it. I hope those beautiful words ring a bell to him every time he tries to stifle debate, especially on non-substantial grounds.

An interesting occurrence recently also occurred in the social media space. I was again involved, only this time with educationist Dr. Wandia Njoya. The good Doctor has earned her credentials, I know many of her students, and the general public admire her too.

Yet, she exhibits a characteristic that is so nonacademic. I do not lay claim to being an intellectual myself. I am a simply trained accountant and currently pursuing aeronautical engineering after getting the chance to do so. However, my schooling and upbringing were one of rigorous intellectual debate. My best lectures were like battlefields, a fierce exchange of ideas amongst the learners and teachers.

Hence, I find it odd that an acclaimed academic like her would run away from any academic challenge on her ideas. That is why Economist and Public Intellectual David Ndii stands out for me. Whether for or against him, he will always labor to challenge ideas with ideas on his Twitter handle.

I understand that social media is a powerful tool, we have annoying trolls but we also have those who further stimulating debate. Why would anyone shy away from their ideas being interrogated? More so if they are a teacher.

This makes me very afraid to imagine how her lectures are conducted. Do her students have the liberty to express themselves? Does she treat those students who question her differently as opposed to those who ‘sing’ to her tune?

Gitobu Imanyara, Paul Muite, Raila Odinga, Rev Thomas Njoya, and many others did not fight gallantly for some of the freedoms we enjoy as a nation. Only for these gains to be reversed especially in the influential social media spaces by a few. We must out them and remind them, that our young Union is not perfect, and we must keep perfecting it one debate at a time.

To any social media user especially those who inform public debate, be ready to have your thoughts interrogated. Whether you agree or disagree with that, it should not be an excuse to deny others a chance to respectfully challenge you.

The writer is a trained accountant, a soccer lover, and currently pursuing aeronautical engineering.