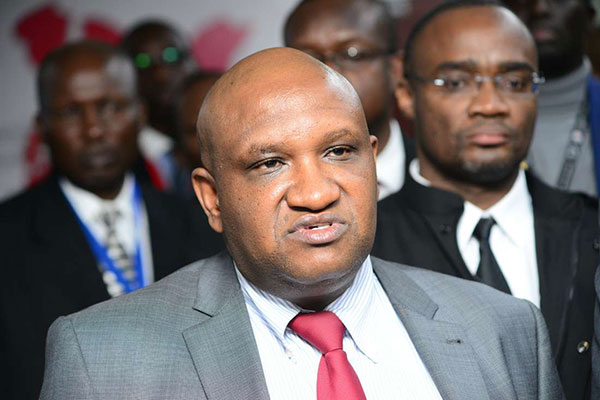 The Kenya Revenue Authority (KRA) is not taking a day off, it’s emerging that the agency’s detectives have identified 1,309 firms and wealthy individuals that owe it Sh259 billion, setting the stage for travel bans, asset freeze and deactivation of Personal Identification Numbers (PINs) as possible punishments in the recovery of the money owed.

KRA has been considering different approaches to nab tax cheats in a bid to hit the revenue targets more so in the wake of Covid-19 that has dealt a major blow to the economy.

“We have profiled 1,309 individuals and companies with tax-loss estimated at approximately Sh259 billion. These entities are earmarked for further investigations and legal action for non-compliance.”

KRA has also identified the numerous schemes used by such firms and individuals to evade paying taxes including filing faked VAT in the long run denying the agency billions in revenue. Faking invoices by inflating purchase values to cheat on VAT remittances.

The KRA flagged firms in the construction, importation of hardware and household goods, scrap metal dealers and importers of electronic items including mobile phones for under-declaring VAT dues.

Others, especially wealthy individuals, have been hiding their sources of income while engaging in luxury spending and accumulation of property including purchase of homes and high-end cars.

Car registration details are also being used to smoke out individuals who are driving high-end vehicles but have little to show in terms of taxes remitted.

Kenya Power meter registrations are helping the taxman to identify landlords, some of whom have been slapped with huge tax demands.

The KRA has hired a team of auctioneers to help it track the properties of the individuals and companies who have failed to pay the taxes due.

Vehicles, land, homes, office blocks and workplace equipment will be on the KRA radar at a time the taxman has stepped up the war against tax cheats.

CEOs and other top managers of tax-evading companies could be barred from flying out of the country if the restrictions on flights imposed to limit spread of Covid-19 are lifted. Individuals and companies targeted are those that have lost disputes against the KRA in court or at the tax tribunal.

Should the KRA make good its threat to deregister the PINs, this will mean that the affected individuals and businesses will be cut off from making transactions that require proof of active registration as a taxpayer.

The list of transactions that requires proof of an active PIN certificate includes registration of land titles, approval of development plans, registration, transfer and licensing of motor vehicles and registration of business names and companies.

Others are underwriting of insurance policies, customs clearing and forwarding, payment of deposits for power connections, supplying goods and services to the State, as well as opening accounts with financial institutions.

Related Content:  The Controversial Bus Deal That​ Has Come to Haunt KAA.

Employers would also be committing a crime if they wire salaries to the accounts of workers whose PINs have been deactivated.

The KRA stepped up its fight against tax evasion and sought additional funding to hire 1,000 intelligence and enforcement officers in an effort to beef up the investigations on wealthy individuals and firms.

Running on Empty: South Sudan Is Out of Foreign Exchange Reserves