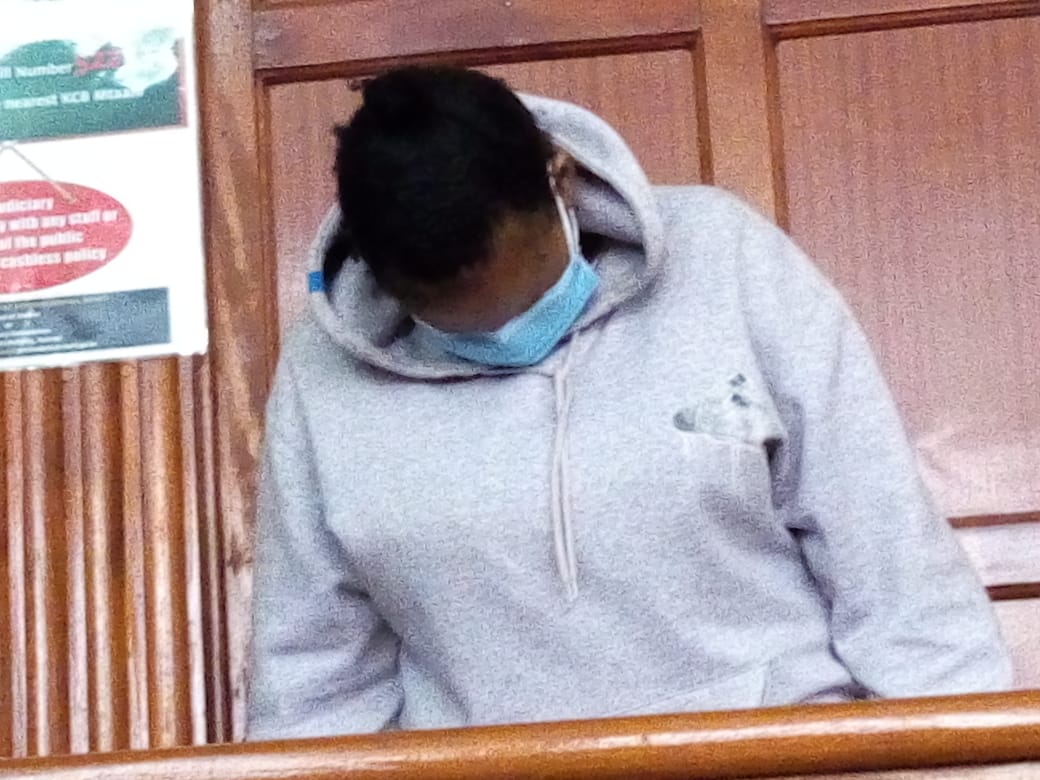 A woman at the centre of Machakos Senator Boniface Kabaka hospitalization will remain in police custody for seven more days in a case where the prosecution wants her charged with attempted murder.

The officer, through the State Counsel, told the Magistrate Court that, Nthenya, a secondary school teacher at Mathemba High School, was arrested on Friday following an incident where the Machakos Senator collapsed at an apartment located along Elgeyo-Marakwet Road in Kilimani.

“Preliminary investigations reveal that the senator drove himself to 3Dee apartments at around 1400hrs on Thursday 3rd December booked apartment number 306 while appearing normal” read the affidavit.

According the prosecution, the investigating officer is yet to record statements from all the witnesses in the case especially Senator Boniface Mutinda Kabaka who is unconscious and admitted at the Nairobi hospital’s intensive care unit.

The prosecution also wants to retrieve CCTV footage from the scene of crime and conduct phone analysis from mobile phone service providers, forward the said mobiles to cybercrime unit at DCI Headquarters for analysis as well as obtain previous criminal records of the accused person.

The prosecution was also seeking more time to allow them receive government chemist report on the submitted samples of food, drinks and vomit as well as a medical report from the Nairobi Hospital to establish why the legislator lost consciousness.

The Senator was rushed by an ambulance to the Nairobi Hospital on Friday where he is admitted at the intensive care Unit.

Doctor Who Survived 5 Months Without Pay Dies From COVID-19