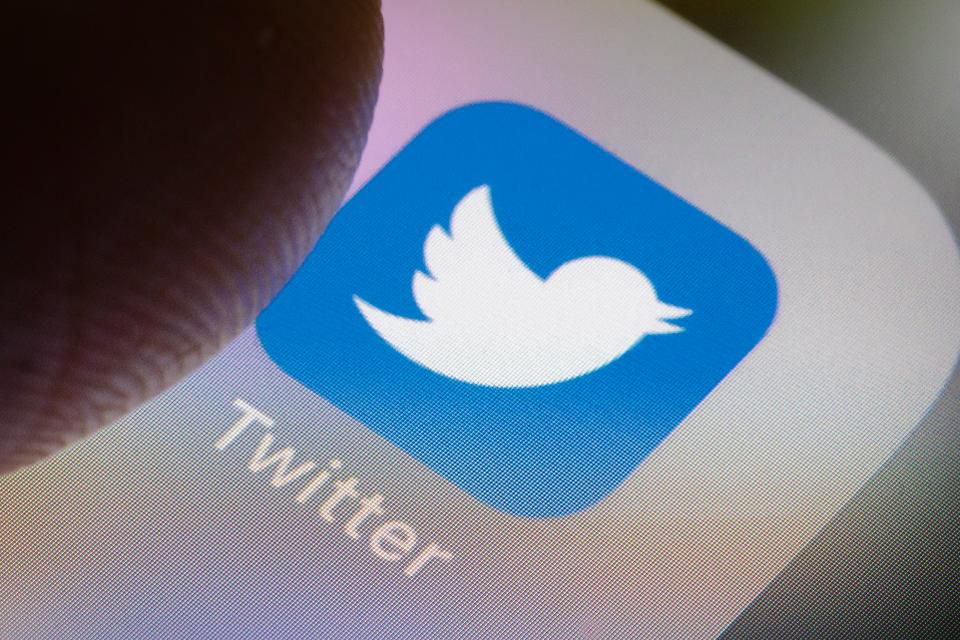 People are losing their followers on Twitter and it is getting to worse from bad as Twitter embarks on a clean up drive targeting dormant followers. As part of Twitter’  ongoing and global effort to build trust and encourage healthy conversation on Twitter. Follower counts are a visible feature, and Twitter want everyone to have confidence that the numbers are meaningful and accurate.

Over the years, Twitter has locked accounts when they detected sudden changes in account behavior. In these situations, they reach out to the owners of the accounts and unless they validate the account and reset their passwords, they were kept locked with no ability to log in. This week, Twitter will be removing such locked accounts from follower counts across profiles globally. As a result, the number of followers displayed on many profiles may go down.

Most people will see a change of four followers or fewer; others with larger follower counts will experience a more significant drop. Twitter say they do understand this may be hard for some, but believe accuracy and transparency make Twitter a more trusted service for public conversation.

Though the most significant changes are happening in the next few days, follower counts may continue to change more regularly.

The general argument is the purge is aimed st not accounts but Twitter clarifies that’s not necessarily the case on the targeted locked accounts.

In most cases, these accounts were created by real people but Twitter cannot confirm that the original person who opened the account still has control and access to it and so they’ll be needed to confirm. The numbers are expected to vary again after some of the locked accounts will have verified their identity.

This purge is different from Spam accounts (sometimes referred to as bots) which typically exhibit spammy behavior from the beginning, but Twitter system has been accurate on stopping them since spam accounts are increasingly predictable by their systems, and can be automatically shut down with their technology.

US President Trump who’s one of the most active has lost a significant number of followers about 500,000 as if time of reporting this. Most celebrities internationally have been affected as well.

Thank you @Twitter @jack for the #TwitterPurge | No more bots, fake/spam accounts!! We all lost some followers today. (RETWEET) & comment with how many followers you lost during the #Twitterpurge | I lost 2.1 Million 🤦🏾‍♂️🤦🏾‍♂️🤦🏾‍♂️ pic.twitter.com/bcyCaqnuqq

It seems they’re not all gone and most for resurrect.

Kenyan big wigs and influencers have also not been spared and have lost followers in their big numbers with biggest casualties being the popular Xtiandela and Cyprian Nyakundi whom have cumulatively lost over 1 million followers since the purge started. 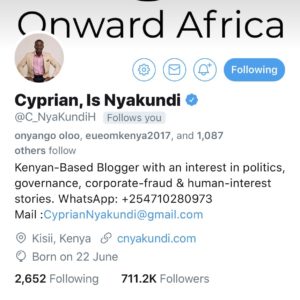 Nyakundi was originally at 1.2million followers 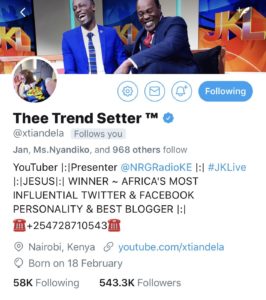 Xtiandela was originally at 1million followers. 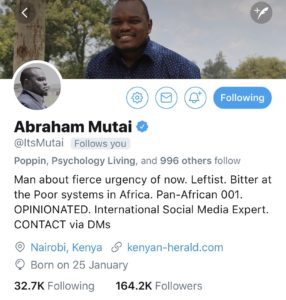 Mutai was initially at 300K+ followers

Ezekiel Mutua the moral police has been whipped down by Twitter police down to 34K from 106K followers. 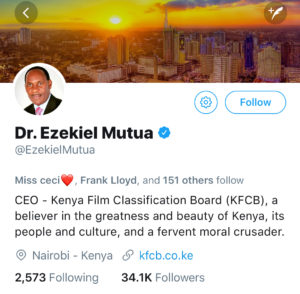 A part from Kenya’s twitter big names there are some other small scale influencers who’ve also been worst hit with most losing an average of 50,000-100,000 followers. Even the President Uhuru’s account hasn’t been spared either with this about 80,000 followers killed from his counts.

A bit of consolation is everybody is losing followers so it’s not just you alone, everyone including the founder of Twitter has been hit.

Twitter is also removing accounts that have been inactive for more than 30 days and this explains the big numbers of accounts getting killed. It might be depressing to most especially those with big numbers but it is positive on creating real conversations with real people. While fingers obviously are pointing, it is not definite that those who lost followers necessarily bought boys to scale up their followers count even though it could also be part of their predicaments.