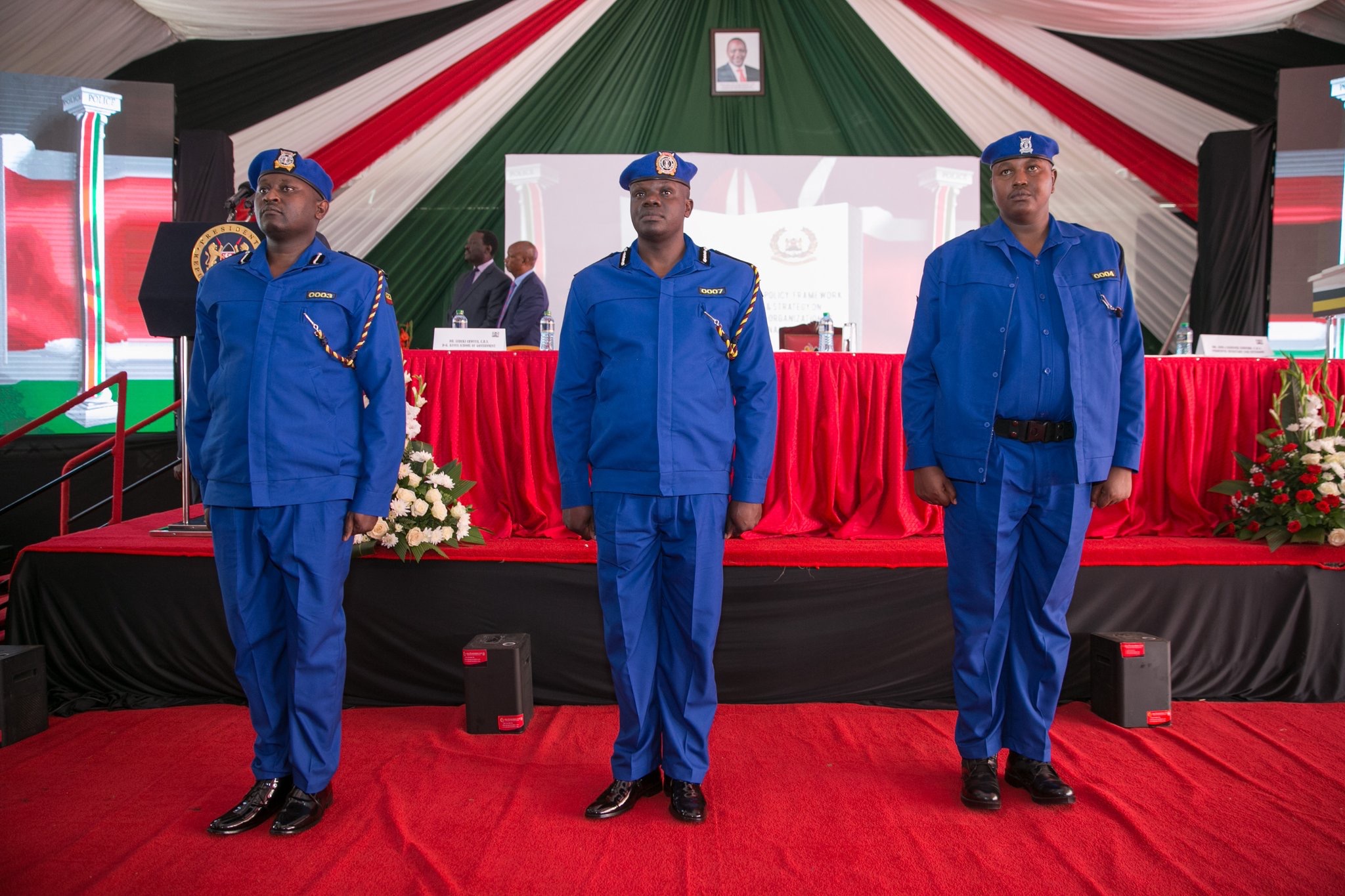 President Uhuru Kenyatta today enacted major reforms in the structure, command, control and welfare of the National Police Service. Speaking when he received a task force report on police reforms at the Kenya School of Government in Nairobi today, President Kenyatta said the reforms  are aimed at making the police a “service that is respected” rather than “a force that is feared”.

The report prepared by the taskforce headed by Interior Cabinet Secretary Fred Matiang’i spells out an array of measures to unify the Kenya Police and the Kenya Administration Police formations. The Head of State made it clear that the reforms, ranging from the changes in structure and command, integration of Regular and Administration Police, change of uniform, rebranding of colleges, introduction of housing allowances for junior officers, are meant to make the police force more efficient.

The reforms will put smiles on police officers, especially those in the lower ranks, who have traditionally lived in congested houses with no option of living in houses of their choice. The officers will now be paid house allowance and will live in places of their choice. “To solve the problem of housing police and prisons officers, and to better integrate them with the Kenyans they serve, the policy of mandatory and free housing for junior officers in institutional houses is hereby abolished. Instead, house allowances for all ranks of these officers will be provided,” said the Head of State. President Kenyatta ordered the National Treasury to factor in the new allowances in the supplementary budget.

The Head of State said the reforms are aimed at raising the morale of the security officers by improving their conditions of service. “They (reforms) will clarify and simplify command and control, increase both accountability and performance and they will make the police more than equal to the threats that face our nation,” said the President Kenyatta at the meeting attended by all senior police officers.

The President said the reforms he unveiled were the culmination of the transformations he started when the Jubilee Government took office in 2013. “When I took office in 2013 the National Police Service budget was slightly over Sh50 billion, today we have almost doubled the allocation to almost Sh100 billion tangibly demonstrating our commitment to the reform agenda,” said the President. He said the police service today has more than 5,000 vehicles in service to increase police mobility and response. 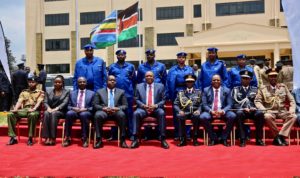 The President also cited the other milestones like the command and control centre in Nairobi and Mombasa as well as the increased number of police officers. On the reorganisation of the police, President Kenyatta directed the Interior CS and the Inspector General of Police Joseph Boinnet to eliminate overlap and duplication in reporting functions. 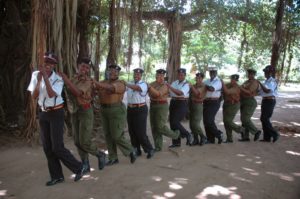 Kenyans have reacted to the the new changes and the General mood is hostile, most are disgusted in a show of disapproval to the changes more specifically on the uniform which has seen the custom one phased out. Below are some of the reactions;

Donald Kipkorir: The Uniforms for our newly unified Kenya Police is Ugly, Dull , Old fashioned & Uninspiring … The Beret is worse … They look like Salvation Army Band … Police Uniform must be one that shows fitness & inspires fear … Here, we were conned.

Joshua Njenga: The new police uniforms are ugly, but the bank accounts of those who made them are beautiful.

Bravin: You all will say am Hating but What makes this a National Police Uniform? No single Colour of the National Flag is represented and the Badges look more of the Uganda National Flag than the Kenya Police Service Flag. Tumeuzwa! Why are they coming after China visit?

Julius Mmasi: Another scum, Let the current uniform for Kenya Police remain intact, I say no to Dull, ugly and fake Chinese uniform with  Ugandan national flag. WHAT SHAME TO OUR POLICE FORCE!?

Abraham Mutai: Hizi ni nini sasa? I thought part of the #PoliceReforms on uniforms size and fitness was supposed to be emphasized. Those times when police looked shaggy, shapeless and badly dressed are over. Police UNIFORM the design especially should be the smartest around. But hizi! Baaad

Hon. Elisha Odhiambo: Dear President Uhuru. New police uniform is NOT police reforms. Reforms can only be achieved  when the following are addressed: decent housing for our police, good salary, ethics and integrity, ethnicity in recruitment and a tamper-proof investigating machinery

Sen. Mutula Kilonzo Jr: The new police uniform reminds me of the biblical story of new wine in old wine skins ! Police are poorly paid & live in deplorable conditions .if you ask them for their views , uniform will not be in top ten need list

Kenya West: At this point I think G4S has better looking uniforms than their colleagues here.

Whoever designed this this need to charged with high voltage treason. How could he make our officers look like struggling security firm. We wanted #PoliceReforms not #Policeuniform SO UNINSPIRING! 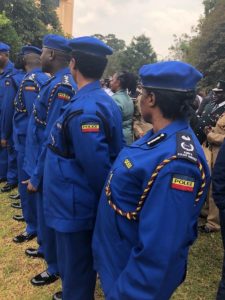 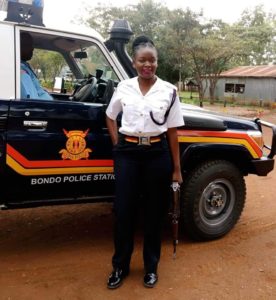 Which one do you prefer, the old or new uniform?