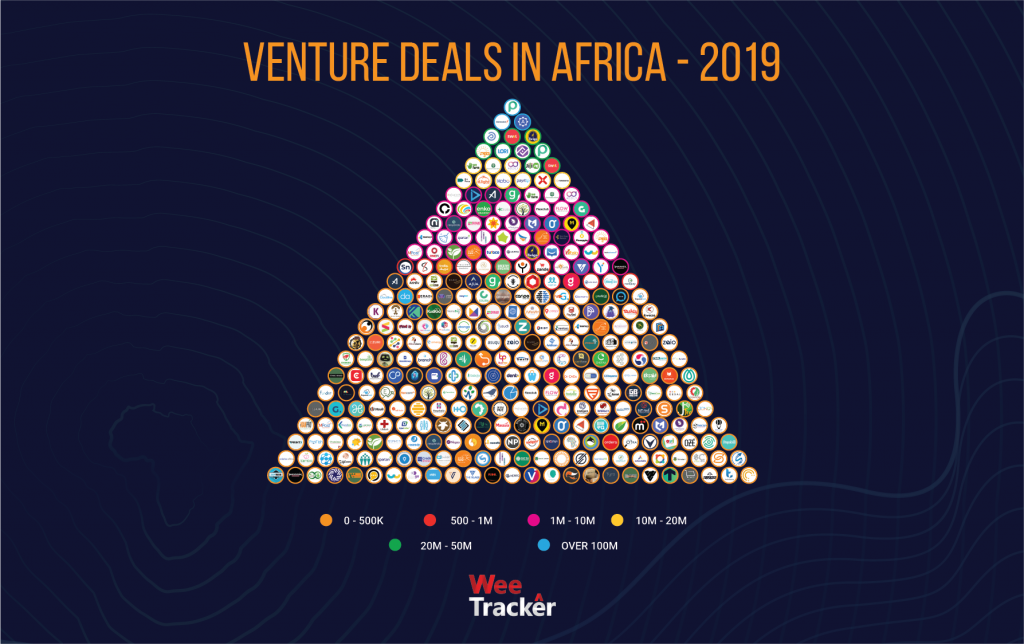 Kenyan startup ventures raised Sh42.8 billion ($428.91 milllion) in 2019 as African startups attracted a record high of Sh134 billion ($1.34 billion) in venture capital during 2019, with fintech raising Sh67.8 billion ($678.73 million) alone, according to a research conducted by WeeTracker. This is the highest amount of funding driven into the continent.

Its Decoding Venture Investments In Africa 2019 Report found that 427 startups raised funding throughout the year, and a mere 6% of these accounted for 83% of the total investments.

Kenya was one of the top destinations attracting deal flows, second only to Nigeria in the amount received. In comparison to figures from 2018, the number of deals in Kenya were more or less, with this year recording 72 deals, down from 77 in the last year. However, the investment volume went up by close to 300%. The gross escalation could partly be attributed to big-ticket deals of more than Sh4 billion ($40 million), nabbed by three companies, Branch, Bboxx and Carepay.

Fintech and agritech emerged as the top sectors in The Silicon Savannah. Similar to 2018, the highest amount of investment went to a fintech company.

A total of 203 investors participated in the investment landscape in Africa with about 427 startups raising funding in various rounds throughout the year.

Over 75% of the deals were in Nigeria, Kenya and South Africa, with fintech continuing as the sector that attracted the most funding.

SWVL Adds Eldoret To Its List Of Long Distance Routes