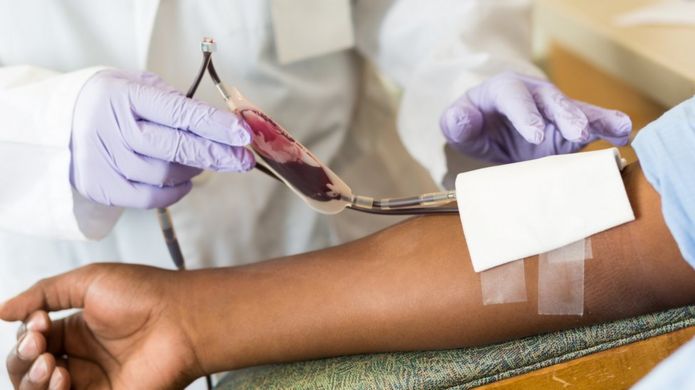 Every country has its own sets of rules that one might find astonishing. As Francis Gĩthae Murĩithi who works as an obstetrician and gynaecologist in the East Midlands, England has found out.

According to UK’s NHS rules say people cannot donate blood if a recent sexual partner may have been sexually active in parts of the world where HIV or Aids is common, including “most countries in Africa”.

Dr. Githae’s wife is a Kenyan. And despite insisting on having a monogamous relationship with the wife and tested negative for HIV, he has been barred from donating blood.

This policy he views as nonsensical. His story was highlighted on BBC and the doctor hopes to see a reconsideration in the policy that many argue to have a drop of racism in it.

“If you lock out people like me, and then carry on saying African donors are not coming forwards, it will make us look bad when it’s the system not facilitating us. I don’t want to appear to be a troublemaker but the NHS blood donation system needs to change to accommodate more people.” He said in the interview.

Thank you BBC for giving a voice to my call for a review of the blood donor screening process.
Hopefully, a review will help to boost the African Blood donor pool beyond the current 2% & benefit patients with rare blood types and sickle cell disease.
Ref.https://t.co/GGI2xIiUhW

Individualise blood donor screening so as to boost the African donor pool beyond 2%.Drop ethnicity & categorise Africa by country not as a single entity.@GiveBloodNHS @NHSBT @NIHRBioResource @SickleCellUK @NHSuk @NHSEngland @Cambridge_Uni – Some info for https://t.co/MXXcMKhhxK

Kenya Insights allows guest blogging, if you want to be published on Kenya’s most authoritative and accurate blog, have an expose, news, story angles, human interest stories, drop us an email on tips.kenyainsights@gmail.com or via Telegram
Related Content:  Legislation To Open Bars At 3pm On Weekdays And 11am on Weekends Rejected
Related Topics:
Up Next