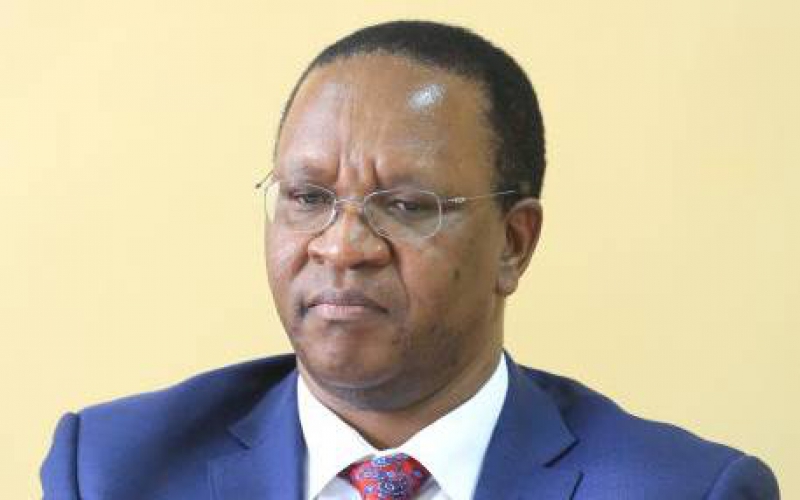 Interior Principal Secretary Karanja Kibicho now says the mass production of the third generation Huduma Namba cards will begin before the end of the year.

A second mass registration for those who did not previously register will however precede the production of the cards, the PS told a parliamentary committee on Wednesday.

Kibicho was speaking to the National Assembly Committee Delegated Legislation Committee on the status of the program, said that the set up of the production centre is 90 per cent complete.

“After we have done preliminary printing, we have been directed to conduct the second mass registration. After that people will have to be walking to Registrar of Persons’ office in future,” he said

He said the e-card will have all the data merged and installed in an electronic chip hence Kenyans may no longer need to use documents such Identity Cards, NHIF and NSSF cards.

He noted that at the close of the first mass registration exercise in 2019, data of 38 million Kenyans (both adults and under-age) was captured.

“Of all adults who took part in the initial mass registration, all the data has been merged and cleaned up, we have created a data centre which is complete and ready,” he said.

Kibicho, who was accompanied by his ICT counterpart Jerome Ochieng said the program is currently under an adjudication process which is aimed at ensuring captured fingerprints match the ones in the primary database.

“We are having 38 million processes, where out of 10 fingerprints, what we have in our records and what we obtain must match 100 per cent for us to be sure the person is Kenyan and must be admitted,” the PS added.

He, however noted that there are approximately 14 million people whose data merge could not automatically validated and was as a result taken to finger print experts for reconciliation.

The issuance of Huduma Namba cards will be free except for renewal. The cards will be categorized into four; Adults, Minors, Refugees, Foreign nationals.