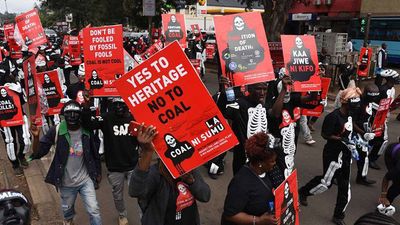 The Kenyan authorities have decided to put an end to the 1,050-MW Lamu power project led by Centum Investmentand French firm Rubis now that its main financial backer, Industrial and Commercial Bank of China, has left. The Lamu coal-fired thermal power station project is turning into a fiasco.

The Lamu coal-fired thermal power station project isturning into a fiasco. It is in such disarray that President Uhuru Kenyatta has asked his Cabinet Secretary for Energy Charles Keter to call it off. Keter and his Principal Secretary Joseph Njoroge are now busy getting all subcontractors employed by the consortium in charge of the 1,050-MW project, Amu Power, to leave the coastal town of Lamu.

Construction of the 1,050 megawatt plant was scheduled to begin in 2015 but has been repeatedly halted due, in part, to opposition by environmentalists.

Environmentalists say the plant will pollute the air, and destroy mangroves and breeding grounds for five endangered species of marine turtles, fish and other marine life.

The plant’s backers say it would help tackle Kenya’s frequent power blackouts by increasing generation capacity by nearly a third and producing power that would cost about half what consumers currently pay.

In 2018, a court suspended the project for a second time, sending the dispute back to an environmental tribunal following a petition from Save Lamu Natural Justice.

The activists reckon that emissions from the plant would pollute Lamu’s pristine air, 21 kilometres from plant, and pose health hazards on an island that is a Unesco World Heritage site and a top tourist destination.

They also argue that the project lacks “economic viability.”

The tribunal faulted the project for omitting engineering plans and details of the plant from public participation, in addition to finding that it was not consistent with the Climate Change Act.