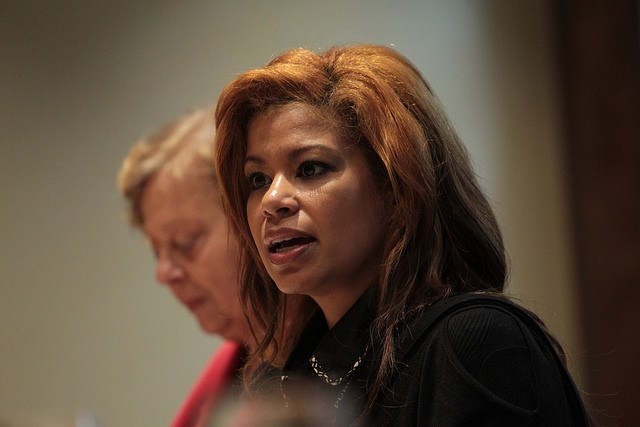 As it has been custom, election period comes along with opportunities for many to cash on from briefcase peace NGOs to pseudo peace ambassadors. Kenya’s elections have been traditioned with violence arising from shambolic elections. 2007/08 the worst in history hit out faces with 1200+ left dead and hundreds of thousands were displaced in one of the deadliest tribal clashes Kenya will never forget.

2013 elections despite having disputed results ended without much bloodshed even though the supreme court, the only institution that beheld hopes of many, cooled off violence temperatures, ended up being a huge disappointment to many Wanjikus who watched massive evidence pointing to a stolen election shoved and Uhuru declared a winner. What followed was an arrogantly framed peace message by the fraud referee of ‘Accept and move on’ and indeed Kenyans moved on but have never forgotten and lost trust in IEBC and hope I’m the judicial system in handling electoral grievances. ICC too dropped the cases which played a role in regulating violence in 2013. With nonviolent avenues nearly barricaded, Kenyans are left with minimal routes of pursuing justice.

Political temperatures are hitting boiling points and we’re witnessing rising numbers of so-called peace ambassadors, peace caravans, and peace messages as if Kenya is at war. The government has had a unanimous voice that the opposition is plotting to cause chaos on the other end opposition insisting on not having such plans instead calling for a free, fair and credible election. With all machinery at hand, one wonders why the government can’t move in and dismantle these electoral violence cells they’re saying before time is out but it is all lip service. Perhaps one could conclude it is the government planning the violence. In their campaigns, Jubilee has been walking around calling for peace during elections while NASA calling for a free, fair and credible election. Different stands quite telling.

Don't let pseudo intellectuals lie that one can seek justice via violence. Conflict is the mother of injustice & she breeds a multitude. 🙏 pic.twitter.com/LpNhCvsbyx

Unsurprisingly, Julie Gichuru a once respected media personality with maturity in content especially in Africa empowerment only days after publicly declaring support for Uhuru Kenyatta is shouting her lungs out talking about peace a message corresponding with Jubilee’s chorus. It is normal for political parties to use celebrities and influential people in the society to push their agenda and that’s how Julie comes in. She might argue to be neutral and moderate even though her body language screams otherwise. Julie, as Kenya Insights sources gather, has been promised a job in the Jubilee government after 8/8 so she has to prove her worth by diving deep into the sewerage. Caroline Mutoko is also fighting for the same.

Mandated with preaching peace, the once media darling has hit the streets of social media with peace messages and oh boy they already knew her little secret of having rented opinion. Just like Mutahi Ngunyi a once respected political analyst now reduced to a Vlogger, Julie is being pounded to powder. See, what people like Julie do is overlooking the real issues at hand instead rushing to the end. You can’t expect Kenyans to take your opinion with a touch of seriousness if you’re talking about elections peace yet not uttering a word on the credible election.

Peace is as a result of free fair and credible election process you simply can’t preach peace to subvert the will of the people. If Julie wanted to be taken seriously she should be on the forefront preaching credibility instead of peace as if Kenya is at war.

To address a cause, you first must understand the roots of the problems, to preach peace, you must understand why it becomes an issue during elections. Prof. Wandia Njoya breaks it down for Julie and alike, “The end of peace is not an event called war. It’s a process that begins with theft of public resources, impunity, widening rich-poor gap”
Julie’s father in law James Gichuru who boasts of a 20B empire has been fighting extradition to Jersey Island where together with Chris Okemo laundered Sh900M of Kenyans money.

Prof. Wanjoya continues, “Peace is on its way out with corruption, sexism, impoverishment, the collapse of the social fabric through legitimized vices like gambling.” Julie Gichuru has been MCheza ambassador, a betting company her fraud father in law opened with looted Kenyans money. Many families have been destroyed with gambling and social setup shook yet Julie didn’t see anything wrong I destroying lives now suddenly is so caring and sanity-loving.

As we head to elections, extreme voices will try to shout down all moderates & voices of reason.
Don't let them.
Speak louder for peace.

Hypocrisy in Julie’s calls is immeasurable such that I can’t keep grinding baby powder, her cards and motives are known, she’s unlucky to be given such a job during a time when everyone is work. If you’re not calling for free elections then you’re not a peace ambassador but impunity queen. If you think can for peace is the ultimate answer to electoral injustices then you’re not amongst the moderates but idiots.