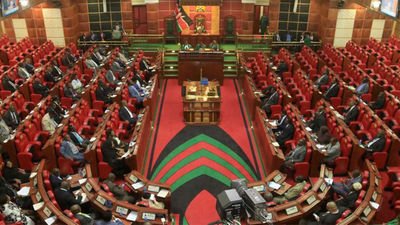 MPs have suffered a blow after the High Court on Thursday ruled that they refund Sh1 million each received as house allowance after judges termed the pay illegal.

The 416 MPs had been paid the allowance for eight months before the High Court stopped the pay in May last year. The court directed clerks of the Senate and National Assembly, to recover the cash within a year.

The MPs had been paid 357 million for five-and-half months before the Salaries and Remuneration Commission (SRC) obtained a court order in May last year.

The judges faulted Parliamentary Service Commission (PSC) for encroaching on the mandate of the SRC and granting the MPs house allowance of Sh250,000, backdating it to 2018.

“Flowing from our finding that the PSC’s decision to set and facilitate the payment to the MPs is ultra vires its constitutional and statutory mandate,” said justices Pauline Nyamweya, Weldon Korir and John Mativo.

The court said the Constitution and statutes do not give the PSC powers to set the pay of MPs and parliamentary staff.

The judges said the PSC’s role is budgetary, adding that the SRC acted within its mandate by directing the clerks of Parliament not to pay the allowance and the failure by PSC to seek approval of the SRC, which is mandated to set and pay salaries and remuneration of State officers, was illegal.

Activist Okiya Omtatah and a host of NGOs challenged the allowance in court. He said it would cost taxpayers more than Sh1.2 billion annually and gave the MPs double benefit as house allowance is already included by SRC in MPs’ gross pay.

“The accounting officers for the PSC and Parliament are therefore also culpable for failing to undertake their obligations under the Public Finance Management Act in this regard. For this reason, we, therefore, find that the said accounting officers are under an obligation to recover the money paid to MPs,” said the judges said.