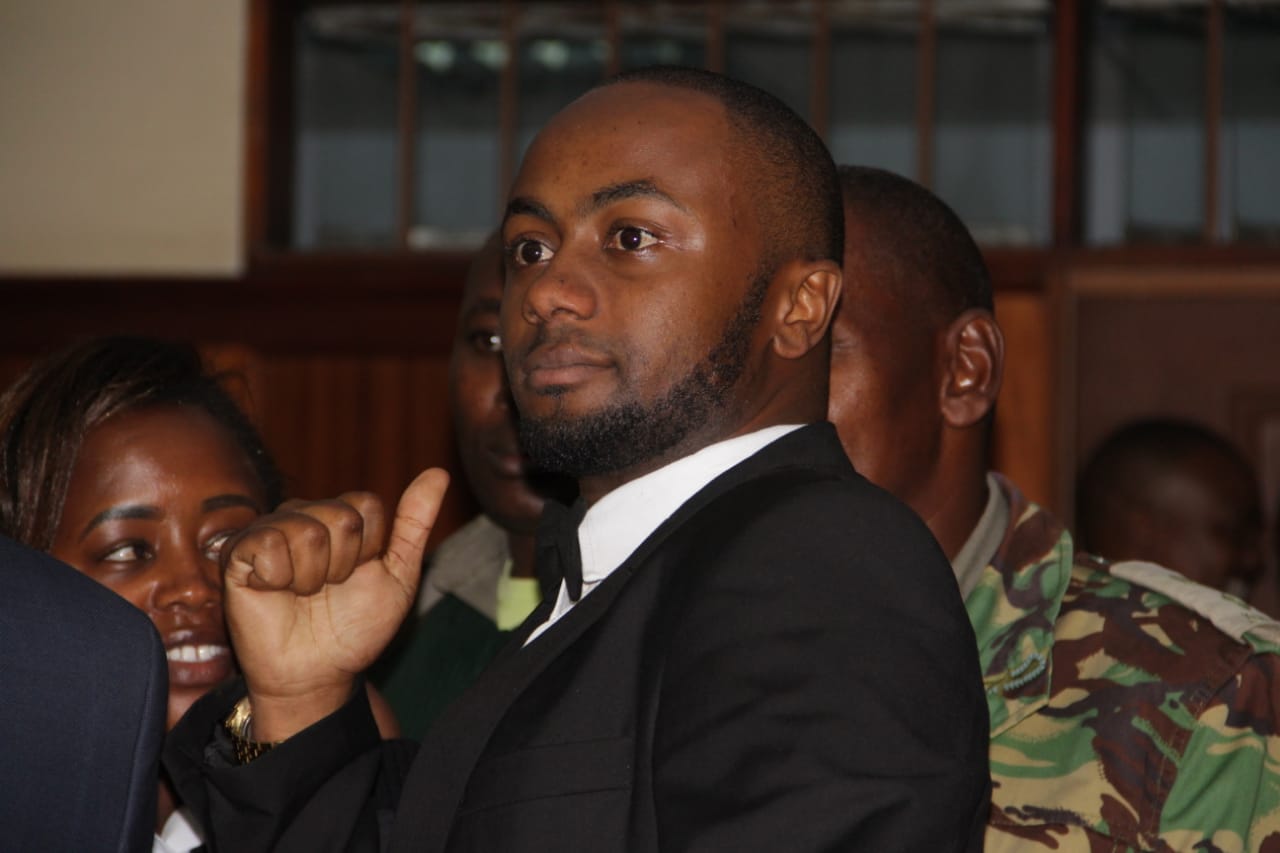 While appearing for his case hearing, Jowie came out in style rocking a flashy watch, black suit and a smile on his face which unlike his recent appearances looked well groomed.

The lawyer of Joseph Irungu — the key suspect in the murder of businesswoman Monica Kimani — suggested in court Tuesday that the entrepreneur could have died from starvation on September 18, 2018.

David Ayuo asked an expert witness in the trial whether he ascertained beyond any reasonable doubt that Monica Kimani’s death was not due to starvation. 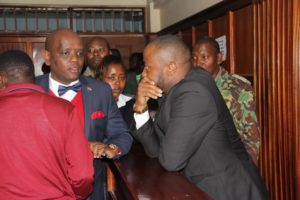 Irungu chats with Itumbi when he appeared in court.

Mr Ayuo’s question emanated from the witness’ testimony that the victim’s “trachea had been slit open, and that blood was oozing from her private parts”.

“Did you open her oesophagus to ascertain  the food Monica Kimani took that day? Did you open her stomach? Could we suggest that the cause of her death was as a result of starvation?” posed Mr Ayuo.

Jowie is being charged alongside Citizen Tv’s journalist Jacque Maribe who is already out on bail while himself has been denied.

Kenya Insights allows guest blogging, if you want to be published on Kenya’s most authoritative and accurate blog, have an expose, news TIPS, story angles, human interest stories, drop us an email on [email protected] or via Telegram
Related Content:  Tender Scam: How The State Paid Briefcase Companies Sh1B To Supply Air
Related Topics:
Up Next

Abdel-Adheem Hassan The Only Person With Internet Access In Sudan