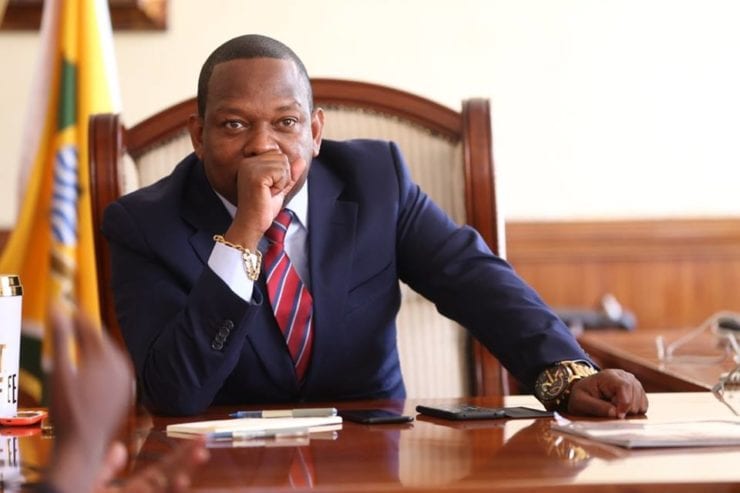 City Hall also wants to tax entrepreneurs doing business on digital platforms beginning July 1. This is according to a new budget plan that the Nairobi county is looking into increasing their revenue.

In what is one of the most deluded ideas, the governor who has branded himself as champion for the youths, is getting into an industry that has been holding down many unemployed young people.

Because of high costs of operating business in Nairobi, many have resorted to using social media to sell their goods and services. Facebook, Twitter, Instagram and WhatsApp has become a one stop shop.

Goods are often ordered online from the various pages then delivered to customers at their own convenience. What I’m wondering is how an analogue City Hall will be able to regulate online and tax virtual users? This is some far fetched idea. You simply can’t control business on digital space, whatever you’re smoking just spit it out.

Before City Hall squeezes the city residents with heavy taxation they need to give proof of better service delivery beforehand. Just painting roundabouts with and flooding social media sometimes with downloaded images to show ‘good work’ while residents on ground are complaining of pathetic state of the county is unwelcome.

Look at how in the heart of the city, nation’s iconic statues are rusty, dry, left to stay ugly. Machakos Governor in fact made an impromptu tour around Nairobi where it’s governor Mike Sonko is busy on Facebook Live unbothered with what’s going on, and exposed a shameful filth. 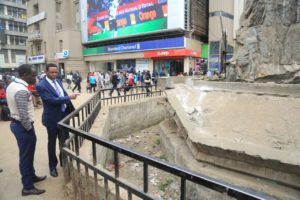 In a subliminal attack, the Machakos lashed out at the poor leadership in the county. Sonko comes from Machakos as well. “You can wear a suit but if your environment is dirty, you are fake and also dirty. The neglect you see of buildings, airports and parks is indicative of the neglect in the provision of service and quality of work. That is what make us a poor nation.” Said Mutua.

“This disrepair and neglect is an example of what happens when instead of concentrating on serving Wananchi, leaders are involved in propaganda campaigns and political activities for higher office.” The governor went further. 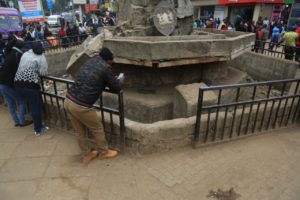 Tom Mboya’s statue that previously gave the city a beauty boost has been reduced to a standing shame right in the heart of the city.

Sonko alongside Tanga Tanga team affiliated with DP Ruto have on the recent times campaigning for 2022 like it’s happening tomorrow. President Uhuru  the other day warmed those engaged in premature campaigns to stay put or face his wrath. In short, let leaders work or bow out.