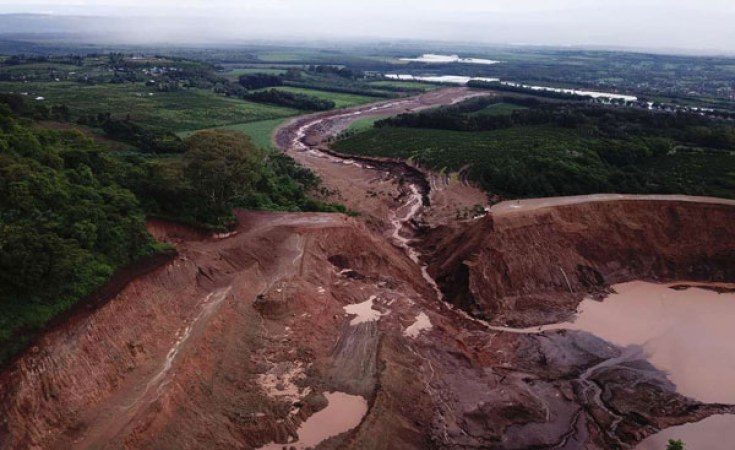 Jackson Njau Kinyanjui, a top suspect in the multi billion-shilling Arror and Kimwarer dams scandal was yesterday evening arrested at the Jomo Kenyatta International Airport (JKIA) on  arrival from the United States of America (USA) by detectives from the Directorate of Criminal Investigations (DCI).

On interrogation Mr. Njau claims that he had been cleared to travel on securing his passport from Milimani Law Courts after previous arrest. He was previously among the suspects arrested and arraigned because the Treasury made payments before acquiring the project site for Arror, payments he allegedly approved together with Mr Kennedy Nyakundi, chief economist thereafter leading to Sh21 billion taxpayers money lost.

The Director of Public Prosecutions Noordin Haji had ordered the arrest of Mr Njau and 27 other top government and agencies officials over the scandal earlier this year.

“In the public interest to prosecute these cases, I have considered that such infractions are crimes against mwananchi individually and collectively and the decision to prosecute is in line with safeguarding the public good,” Mr Haji had said.

The suspect remains in police custody as further investigations continue.

Kenya Insights allows guest blogging, if you want to be published on Kenya’s most authoritative and accurate blog, have an expose, news TIPS, story angles, human interest stories, drop us an email on [email protected] or via Telegram
Related Content:  David Makali Is A Broke Man Struggling To Survive As He Turns To Ababu Namwamba For The Eurobond Share
Related Topics:
Up Next

Police To Use Chopper Surveillance To Monitor Major Highways

James Nyatigo, Rogue Immigration Officer Whose Assets and Fortunes are Under state Probe.