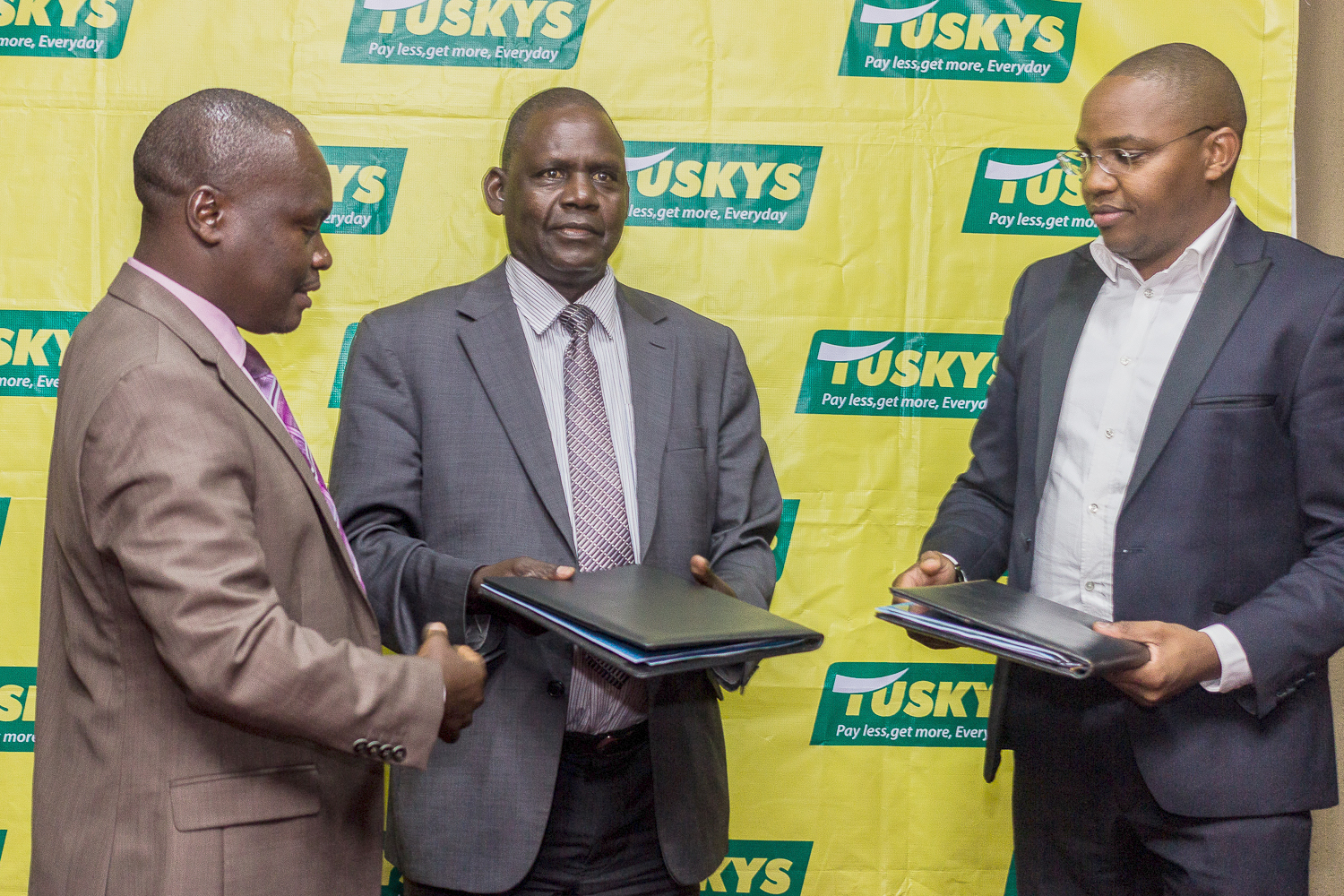 The Competition Authority of Kenya (CAK) is investigating the bank accounts of supermarket chain Tuskys after the retailer defaulted on suppliers to the tune of Sh1.2 billion.

Tusker Mattresses Limited has been ordered to furnish the regulator with its monthly bank statements for the past one year for all bank accounts relating to its retail business by Friday this week.

Documents seen by the Business Daily show that this is part of a wide-ranging investigation into one of the country’s largest supermarket operators, which has lost the trust of the regulator.

The CAK started looking into Tuskys operations in April after reports emerged that it was not paying suppliers on time as provided for in their respective contracts.

For weeks now, shoppers have complained of missing essential goods on the retailer’s shelves in a signal that some suppliers are severing ties with the company.

The watchdog on Monday ordered Tuskys to settle the Sh1.29 billion by between July 1 and July 16.

Tuskys’ executives and the retail chain risk a jail term of five years or a fine of up to Sh10 million or both if they fail to settle the debt or furnish CAK with bank statements, audited accounts, list of suppliers and their contracts.

“Any person who fails to comply with the order of the authority commits an offence,” said CAK in a letter to the retailer. “This matter remains under investigations and further orders will be issued as and when merited”.

The retailer on May 15, told the regulator that it owed suppliers a total of Sh884.3 million. It subsequently wrote to CAK on June 12, revising down the outstanding sums without proof of payments and concurrency by suppliers.

However, the regulator, established through independent investigations that the retailer had failed to disclose another Sh400.9 million owed to suppliers.

“With this background and our investigations, the Authority has established that Tusker Mattresses Limited is experiencing incidences of abuse of buyer power in the form of delays in payment of suppliers contrary to sections 24A(1) and 24A(5)(a) of the Act,” CAK wrote in a letter to the retailer seen by the Business Daily.

Those sections of the law say a company will be guilty if it delays payment of suppliers without justifiable reason in breach of agreed terms of payment.

For such abuse, the culprit faces imprisonment for a term not exceeding five years or to a fine not exceeding ten million shillings or to both.

CAK has ordered Tuskys to settle its outstanding debt in a specified schedule, failure to which the penalties will be imposed.

Another Sh400.9 million supplier debt, which the regulator uncovered on its own, is to be settled in full within 14 days from yesterday.

While Tuskys has blamed its woes on the Covid-19 pandemic, a substantial part of the debt predates the disease, which was first confirmed in the country on March 12.

Tuskys becomes the first major retailer to face the scrutiny of CAK’s Buyer Power Department, which was created after Nakumatt Holdings collapsed with Sh30 billion owed to suppliers. Nakumatt owes more than Sh30 billion: Sh18 billion to suppliers, Sh4 billion to commercial paper holders and the rest to banks.

Related Content:  How The Future Of Social Media Marketing Is Going To Be

Poor management and rapid expansion hurt the chain, opening the door for foreign chains such as France’s Carrefour and South Africa’s Shoprite to enter the market.

Buyer power means the ability of a purchaser to extract more favourable terms from a supplier on whom it can also impose significant opportunity costs by, for example, delaying payments.

Farmers and manufacturers of various goods have found themselves in a catch-22 situation where they have to tolerate onerous terms set by retailers or walk away and lose access to the key distribution networks.

Supermarkets, for instance, have become the favourite shopping destination for the middle class and have nearly wiped out corner shops in the major towns.

Most suppliers stuck with Nakumatt and Uchumi Supermarket even as they accumulated the massive debt, most of which could not be recovered from the retailers’ negligible assets.

For Tuskys, the regulatory action has made urgent the need to raise funds from lenders or shareholders to maintain its footing in the highly competitive supermarket business where it is facing off with better-funded rivals.

One of Tuskys’ top rival, Naivas, recently moved to raise more than Sh1.5 billion from the International Finance Corporation (IFC) and other investors.

Carrefour, a franchise owned by Dubai-based conglomerate Majid Al Futtaim, says it has access to funding to the tune of $3.4 billion (Sh362 billion).

Besides bank accounts, the investigations into Tuskys’ affairs will include a review of its audited financial statements and those of its subsidiaries for the last three years. The company has also been asked to provide the regulator with its management accounts for the last six months.-Business Daily.

Related Content:  Incoming Safaricom CEO Peter Ndegwa Has An Impressive CV
Kenya Insights allows guest blogging, if you want to be published on Kenya’s most authoritative and accurate blog, have an expose, news, story angles, human interest stories, drop us an email on tips.kenyainsights@gmail.com or via Telegram
Related Topics:
Up Next