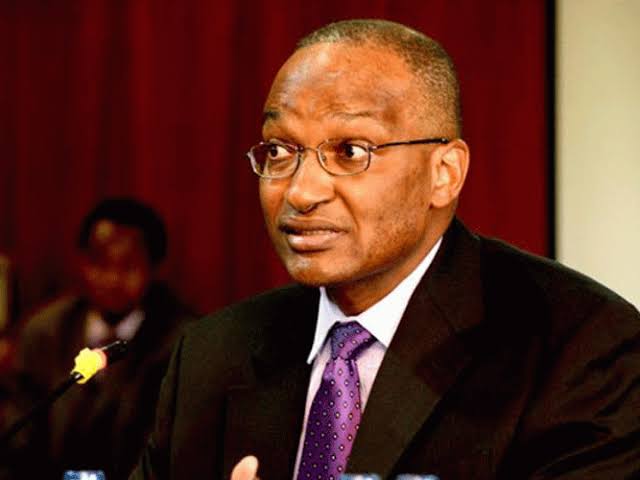 The telecoms operator Safaricom petitioned the Central Bank of Kenya (CBK) to cap the number of multiple transactions between two numbers, according to a recent disclosure of conference call transcripts between Safaricom and investors.

Unfortunately Safaricom lost the bid to cap the free M-Pesa transactions to five per user after subscribers split high-value transfers to avoid paying transfer fees, costing it billions of shillings in revenues.

Under the CBK directive, mobile money transaction fees under Sh1,000 are free, with banks removing charges for customers moving cash between their mobile wallets and bank accounts.

The CBK on June 24 extended the waiver on mobile money transaction fees under Sh1,000 for another six months after the initial 90-day period lapsed, a move that could see Safaricom lose up to Sh15.3 billion.

In its petition, Safaricom reported that customers were splitting high-value money transfers of as high as Sh60,000 to deals of below Sh1,000, allowing them to enjoy a free service that ideally would have cost them Sh105.

Safaricom had also asked the banking regulator to lower the threshold for free mobile money transaction from Sh1, 000 to Sh500 to cut revenue losses estimated at Sh1.7 billion monthly.

Some Executives at Safaricom, and whose identities can’t be disclosed were concerned that the CBK didn’t consult the firms ahead of the announcement extending the free transfer to December after the lapse of the initial waiver period in mid-July.

“All I can say is that the CBK reviewed the emergency measures that were put in place and came out with the determination that we said. We are not in the business of having public discourses about some of these things,” said CBK Governor Patrick Njoroge.

Now, Safaricom has made disclosures of its petition to the CBK for a review of the free M-Pesa ahead of the order to extend the waiver to December. Michael Joseph, Safaricom’s director, discloses in the transcript of a call made to investors on April 29 that the firm had been in discussions with the CBK to seal the loophole of splitting high value M-Pesa transactions.

“We have pressurised the CBK to allow us to cap the number of split transactions at five. So far CBK has not obliged, but we are continuing to put pressure on them,” said Mr Joseph, who served as acting Safaricom CEO for eight months to April 1 after its long-time executive Bob Collymore died of cancer.

“And we hope as we go forward that we will be able to cap transactions below five. This has had an impact on service revenue.”

Safaricom had earlier said that the free M-Pesa service had seen it lose an average of Sh1.8 billion monthly since mid-March, a pointer that it could miss sales of up to Sh16.2 billion in the nine months to December.

The Sh16.2 billion is equivalent to about a fifth or 19.1 percent of M-Pesa’s annual sales, underlining the impact of the pandemic on Safaricom’s earnings.

Earlier data from the regulator showed that the daily average mobile phone money transactions of less than Sh1,000 grew by 83 percent to Sh1.98 billion daily between April 20 and May 10 when compared to the days before March 16— three days after Kenya announced its first positive Covid-19 case.

However, the growth was counterbalanced by the decline in mobile transactions of more than Sh1,000, which dropped 18.4 percent to Sh5.6 billion daily in a period when most companies have cut down their activities, shed jobs and placed workers on unpaid leave in response to the pandemic.

“What has happened a lot in those transactions below Sh1,000 is that people are starting to split transactions. If they want to send Sh60,000 they split it into 60 transactions. And believe it or not, people actually do that,” said Mr Joseph.

Communications Authority of Kenya (CA) figures show that Safaricom via M-Pesa controlled 99.9 percent of the cash transfers in the quarter to December.

The banking sector regulator said that the free service is aimed at cutting down on the handling of cash and the attendant risk of Covid-19 being transmitted from person to person.

The extension order also affected commercial banks, which had on March 16 removed charges for customers moving money between their mobile wallets and bank accounts.

Equity Group managing director James Mwangi recently told investors that the bank is losing Sh120 million per month from the arrangement. Banks through their lobby group — the Kenya Bankers Association (KBA) — had planned for their members to decide on the free offer ahead of the CBK order, arguing that the free service was a moral appeal and not a legal order.

Kenya Insights allows guest blogging, if you want to be published on Kenya’s most authoritative and accurate blog, have an expose, news TIPS, story angles, human interest stories, drop us an email on [email protected] or via Telegram
Related Content:  Senior KPLC Officials Suspended In Cleanup Exercise
Related Topics:
Up Next

It’s Going Down: State Moves In To Probe Tuskys Accounts Over Sh1.2B Debt