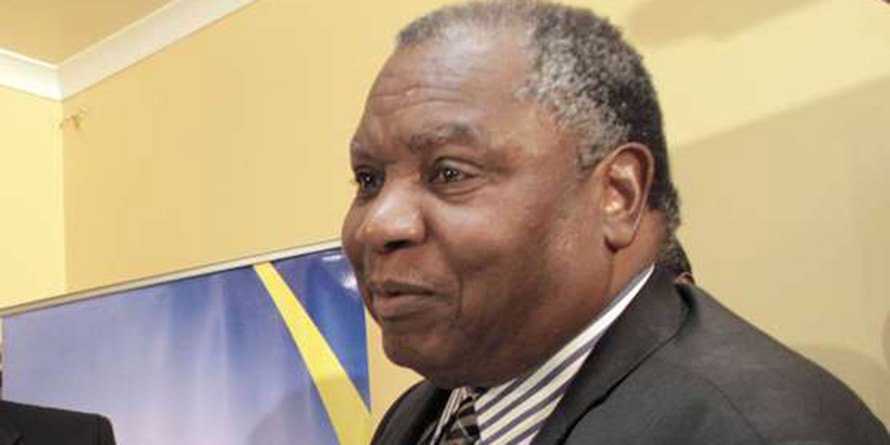 When he died last week, the villagers and his friends were still asked to keep off.

Only eight family members were allowed to witness the burial ceremony that took approximately one hour.

Heavily armed police officers from Magutuni and Chogoria police stations deployed at his palatial homes guarded the three gates, making sure that no single curious villager sneaked in to watch the casket containing the body of the man they referred to as ‘Master’ being lowered into the grave.

Two helicopters, one carrying the casket and the other one family members and a cleric from Nairobi, touched down at Kiurani Primary School at around 11.10 a.m. A classy Mercedes-Benz hearse was on standby to ferry the body to his home, about a kilometre away.

The casket was hurriedly taken out of the chopper and loaded onto the hearse by the family members, among them his two sons and two daughters.

While this was something the residents who came in droves for burial didn’t anticipate, it was something familiar to them. The tycoon’s Wife was also buried in a similar pattern. 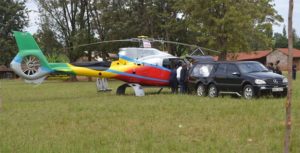 Mastermind used to live in the US with his wife, but when he came and started his company in Nakuru and became prosperous the wife went on to the US to run other businesses.

Subsequently she had a Mpango wa kando there behind the tycoon, a Ben ten. This strained their marriage and she stayed there until she fell sick and wrote her will that excluded Mr Murungi Mastermind from the burial.

“While they buried her he went to his mother’s home and stayed there. He did not go to Nairobi immediately like alleged in the Media.” A source says.

Continues, “The wife, Joyce was so jealous. Kamati ya roho chafu. She didn’t want anyone to share in their estate. The reason she demanded that her kids do not marry.” None of The children have married following their mother’s wishes.

His handler and trusted ally after his wife’s drama and running to the US was and his last Born brother a 65 year old Mr Mutegi who has been largely blamed for mismanagement of his burial of the billionaire.

Even in death Mutegi blocked people from paying their last respects to a man they fondly called master, their employer and their champion.

He lead a quiet life but was involved deeply in mount Kenya foundation(Mt Kenya mafia) to fund campaigns for presidential candidates and recently buying of cars for central Kenya provincial administration. He’s an instrumental person in the group.

In recent years he changed alot and became very reclusive. In 80s and 90s he used to hang around the village with his childhood friends and family which changed drastically and he became very private.

His death came at a time the area MP was battling with him to snatch a contract a company associated with him to build the road that also passes near his home. It’s so intriguing and confusing no-one on the family can tell you why he was buried that way.

Murugi’s family included: Angela who’s described as very nice but reclusive just like her father. Audrey him of House of waine Karen, Allan who owns Sierra Breweries and said to be the friendliest and finally Eric.

And Just With A Random Tweet, Kenyan Girl Earns A Huge Billboard In France