Bitter wars  to control Sh200 billion tender have erupted at the Kenya Rural Roads Authority (KeRRA) with the powerful cartel at the  agency forcing out senior staffers who have declined to toe the lines.

At the center of the latest battles is the move by KeRRA Director General Eng. Philemon Kandie who is working for the cartels to kick out Margret Wanja Muthui who heads the Procurement department. Kandie has been accused of being the hidden hand behind unprocedural transfer of staffers deemed as ‘hurdles’ in their corrupt dealings.

There have been numerous attempts to forcefully transfer Muthui to the ministry of Transport, Infrastructure, Housing, Urban Development and Public Works to tilt the table in favor of Kandie and his powerful forces to bag the tenders worth over Sh200 billion.

Muthui joined KeRRA’s procurement department in November 2009 and was later elevated to become the procurement manager in 2014 but on February 10 2021 Eng. Kandie ordered Muthui to handover her responsibilities and report to her new station at the Transport ministry. 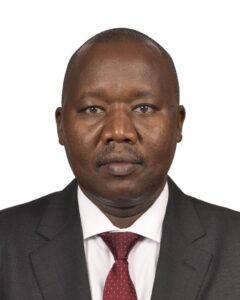 She challenged the move in court where Justice Maureen Onyango suspended her transfer and fixed the inter parte hearing on March 15 after Kerra board had on February 10 appointed unqualified Catherine Kangangi as the acting procurement manager.

Kangangi has questionable papers but she is being favored for the position because she is Kandie’s mistress with whom he has been spotted in many secret places. She can also be trusted as a ‘safe hand’ to oversee Kandie and his cartels’ shady deals.

KeRRA cartels are also targeting one Peter Gichohi- the man behind the shoddy Sh1.2 billion Sigiri Bridge in Busia county that collapsed after Uhuru Kenyatta inspected it ahead of 2017 polls.

The bridge was built by a Chinese  firm, Chinese Overseas- Construction and Engineering Company whose manager is Jerome Xzue Hu who enjoys close business links with Gichohi, Muthui and many Chinese contractors.

Kenya Insights allows guest blogging, if you want to be published on Kenya’s most authoritative and accurate blog, have an expose, news TIPS, story angles, human interest stories, drop us an email on [email protected] or via Telegram
Related Topics:Catherine KangangiKeRRA scandalsMargret Wanja MuthuiPhilemon Kandie
Up Next