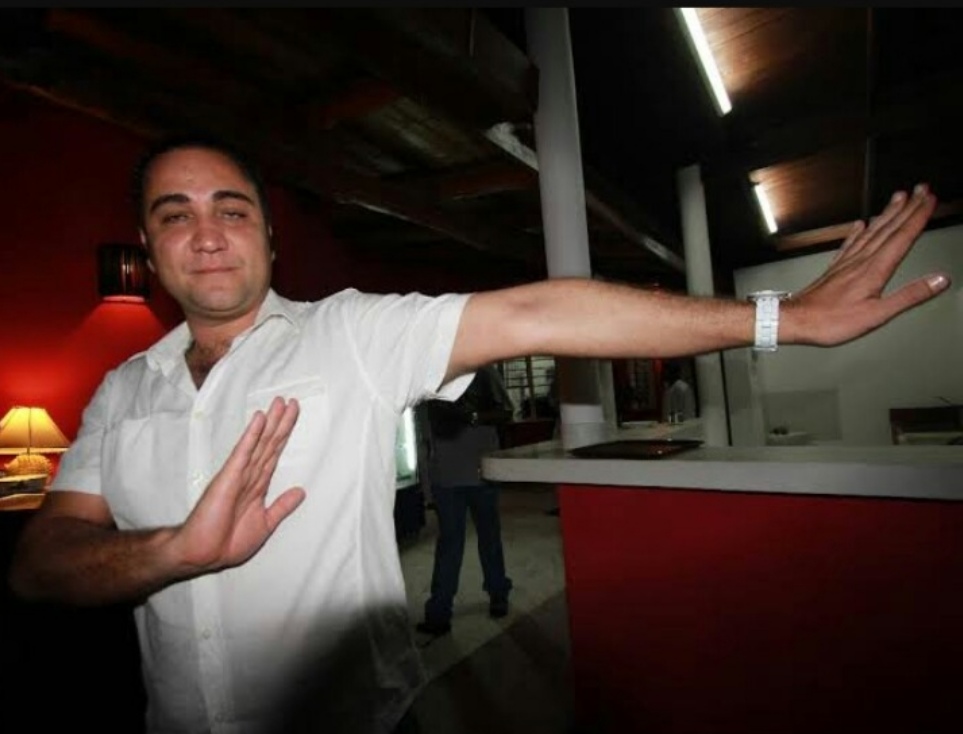 Yesterday at around noon, DCI detectives nabbed blogger Cyprian Nyakundi in the company of Emmanuel Ong’era on an allegation that the duo had received a Sh1 Million bribe to pull down alleged defamatory articles on the bloggers’ site— cnyakundi.com.

What exactly is the importance moreso the need of having Freedom of speech and others in our Constitution when an ordinary Mwananchi can’t enjoy nor be protects by it!? Why do we have Constitutional Freedom yet we ain’t Free?

The arrest has since attracted huge reactions from Netizens. Under hashtag, #NyakundiSetUp Netizens are expressing their mixed opinions about the blogger. The biggest questions amongst thousands being asked on the trending tag are how did the DCI determine that the posts were false without investigations? Why is the DCI setting up whistleblowers instead of picking from where they have exposed? Why is the institution being controlled by Narcotic Lords—who the same agency should be mobbing out?

It was not clear why the police would arrest Nyakundi yet the allegations of money laundering by Victoria Commercial Bank were not investigated.

Kenya Insights had highlighted the whistleblowers exposes about the insider scam and money laundering dealings at the Indian-owned Victoria Commercial Bank. Here is why Cyprian Nyakundi was Set up and arrested.

According to Blogger Robert Alai, the drug dealer paid a few cops from DCI who then lured Nyakundi into the trap where he was arrested and allegations of extortion dumped on him.

Hey @ODPP_KE how is it that Uhuru is complaining of Judiciary’s incompetence when drug lords like Tinta Akasha are the ones now managing operations at @DCI_Kenya ?

Earlier on, Lawyer Miguna Miguna stated that both the bank executives and the purported extortionists should’ve been arrested.

So, Who is this Nurdin Tinta Akasha that wants Senior blogger Cyprian Nyakundi silenced?

The Akasha’s first Kin Baktash Akasha, who has been jailed in the US over Narcotics trafficking and first married as a teenager, had lured his younger brother, Ibrahim Abdalla Akasha, into his notorious ways. Both controlled the empire that survived their father’s death and the violent family feuds over wealth that followed. Baktash and Ibrahim are sons of Fatuma, the late patriarch’s third wife.

Before his murder, there was an  in the Akasha family, and Baktash and Kamaldin — his slain brother from an unidentified woman but raised by Karima (one of the late Akasha’s wives) — were close and acted as bodyguards for their father.

But hell broke loose after their father’s death, apparently over control of the spoils. Kamaldin was killed at the height of the squabbles, sparking a new wave of blame and violent clashes.

Baktash and his half-brother Hassan (son of Karima) publicly accused their other brother, Nurdin Akasha “Tinta”, for Kamaldin’s murder, which remains unsolved to date.

Baktash inherited most of his father’s wealth and took in Kamaldin’s children and the children of a deceased sister.

The slain baron had three wives and also had a child with a fourth woman. Karima was the first wife. Her firstborn was Habab Noordin. Her other children were Hassan and twin daughters.

Kamaldin was born out of a relation between the late Akasha and an unnamed woman he divorced before marrying Karima.

Related Content:  493million Goes Missing Without Trace At The Treasury.

Fatuma was the fourth woman in the late Akasha’s life and is the mother of Baktash, Warda and Ibrahim.

Habab was jailed for 10 years by a Tanzanian court after he was found guilty of being in possession of Mandrax in 1997. He was later freed after the conviction was quashed.

Habab, who lives a low profile life in Mombasa said while speaking to local media that, while declining to say much about his clan, that the family came to Kenya during colonial times when his grandfather, Abdalla Ibrahim, came from Sudan after years in Iraq.

He said his father, whose date of birth he did not disclose, established a transport firm and formed the Kenya National Transport Company before selling it to the Government after independence.

Tinta, the alleged mafia behind Cyprian Nyakundi’s arrests lives and operates mining and jewellery businesses in Sudan where Habab’s twin sisters are married.

The Akashas have vast interests in real estate in Mombasa and Nairobi besides owning properties in Zambia, South Africa, Mozambique and Sudan. There were also extensive investments in real estate and the transport sector in Kenya, Switzerland, Sudan and Lebanon.

Although some reports suggest the senior Akasha introduced the narcotics trade to his arsenal of businesses in the 1970s and 1980s, the family has always denied any association and until now, two have been successfully prosecuted and one convicted.

Significantly, many of Akasha sons and their wives were licensed to carry firearms, which they were accused of misusing.

Recently, it was revealed that police had always been aware that the late Akasha’s licensed gun was never recovered after his death and is still being used by one of his sons without a licence.

There is still a suspicion that the Akasha’s drug trade had been allegedly revived. Local media had reported that the Narcotics trade had expanded with the arrival in Kenya of Vijaygiri Goswami in Mombasa on November 22, 2012.

In November 2014, Mr Goswami, with whom Baktash and Ibrahim have been shipped to the US, admitted he knew the family patriarch in the early 1980s, in Zambia and other nations of southern Africa.

Goswami, who entered Kenya on a business visa through Jomo Kenyatta International Airport after leaving a Dubai jail a week earlier, appeared to have been resuming an old friendship.

Kenya Insights allows guest blogging, if you want to be published on Kenya’s most authoritative and accurate blog, have an expose, news TIPS, story angles, human interest stories, drop us an email on [email protected] or via Telegram
Related Topics:Cyprian NyakundiEmmanuel Ong'eraNurdin Tinta AkashaVictoria Commercial Bank
Up Next