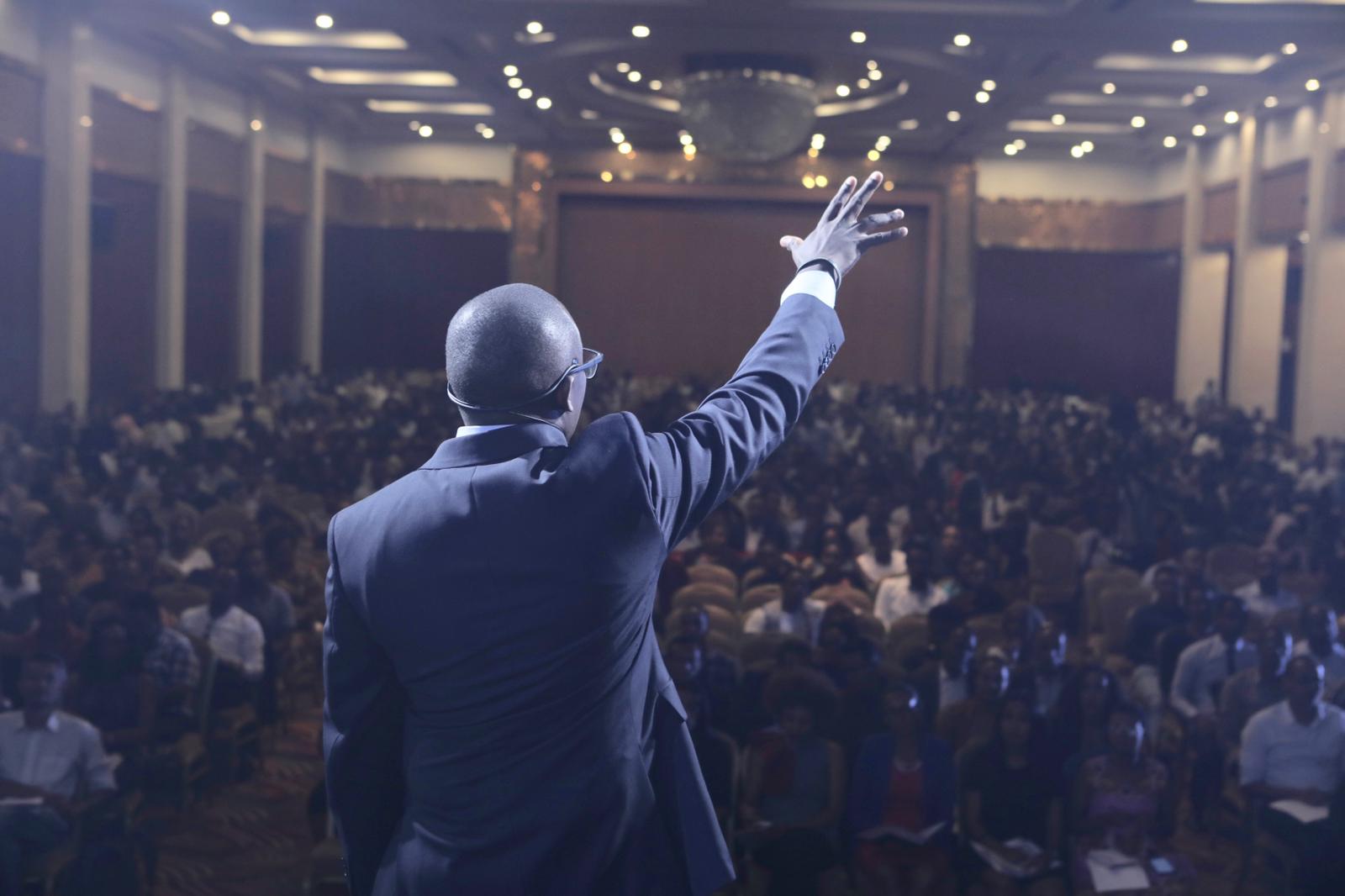 After a series of well-informed and researched articles from the Chief editor of Kenya Insights highlighting back to back in-depth details of how and what 3 Kenyans are going through in Rwanda, the Rwandese Department of Justice has finally done the much-anticipated worry of  jailing the Kenyan entrepreneur and investor Charle Kinuthia two years in the prison over an alleged training scam in Rwanda.

In Our recent articles that highlighted when internationally renowned motivational speaker and business strategist Dr. Charles Kinuthia aka Coach Ck touched down in Rwanda with his team for a Wealth Fitness Conference, he thought it was going to be an exceptional event like one of the many other successful events he’s held across the world, in twenty-seven countries.

However, things would take an unexpected turn quickly, as it has. He and two of his employees, all Kenyans are still currently being held in inhumane conditions in Mageragere Prison, 30 km outside of Kigali, Rwanda. It has been verified that when Coach Ck first arrived at the prison, he was stripped of his clothes, beaten and forced to crawl in trenches full of sewer water and still continues to be mistreated while in custody.

In yet another article by Kenya Insights, It is probably why the Rwandan “controlled media” took to our local media to publish disparaging articles and supposedly hired bloggers to discredit Coach CK with unsubstantiated gossip and baseless “con artist” accusation. All which now appears to have been a smokescreen to conceal or distract, from the real story of what is really taking place. A move that their courts have used to crucify the innocent Kenyan who was judged without a legal team to defend himself or whatever transpired in the foreign land.

“A court in Kigali Rwanda has given two years of prison to a Kenyan citizen, Charles Kinuthia, for conning thousands of youth in a fake training in Kigali,” posted BBC journalist, Roncliffe Odit, on Twitter.

A court in #Kigali #Rwanda has given two years of prison to a Kenyan citizen, Charles Kinuthia, for conning thousands of youth in fake a training in Kigali. The training was to take place on 25th June in Kigali Convention Centre, where thousands had paid at least $5 to register.

According to Rwandese government, Kinuthia was found culpable after thousands of Rwandans lost at least Ksh500 each that they had paid to attend the wealth conference which was purportedly set for June 25. Crowds thronged the advertised venue for the ‘conference’ only to be met with the loudest rejection message that it was a well-orchestrated con game. The botched event, dubbed Money Wealth and Business Conference, was to be held at the Radisson Blu Hotel in the same country.

The advert of the conference

Kinuthia was, billed to be the main speaker, was reported to have arrived at the event shell-shocked like the rest. Attendants who bought tickets for the event claimed that they were promised over Ksh20,000 each after the contest.

“I sold my harvest and borrowed some from my neighbours, promising them I will come back rich. What am I going to tell them?” Mimi Uwahiyamana questioned.” One of the witnesses told the Court.

According to BBC, the venue was full of hopeful participants but the organizers never showed up. It took the intervention of Rwanda’s Youth Minister, Rose Mary Mbabazi, to calm the angry youths.

But Kenya Insights had written about what exactly happened that day and what transpired to what looks like a State orchestrated sabotage that has landed innocent Kenyans in not only brutally mind torturing Rwandese police cells but also as from now, face and serve a two year jail term for a mistake they didn’t rather actually never happened as the Rwandese authorities say.

Dr. Kinuthia is a high-flying businessman handling tax, accounting and wealth generation matters. He goes by the stage name Coach CK. CK also owns several companies across the world and has been featured in local newspapers and on TV as an entrepreneur.

Just as we had said in our recent articles, We now appeal to the Kenyan Government to investigate this matter seriously as the government exists to protect the welfare of its citizens like the three Kenyans currently being held without due process and now jailed for two years. Kenya needs to intervene with her counterparts in Kigali and ensure a plan of action warrant that other Kenyan’s believed to be in similar conditions in Rwanda are heard. Why are Kenyans being jailed yet we have Kenyan foreign offices to handle such matters? Where is this system we call Kenyan government?

Kenya Insights allows guest blogging, if you want to be published on Kenya’s most authoritative and accurate blog, have an expose, news TIPS, story angles, human interest stories, drop us an email on [email protected] or via Telegram
Related Topics:Charles KinuthiaKenyaPaul KagameRwanda
Up Next