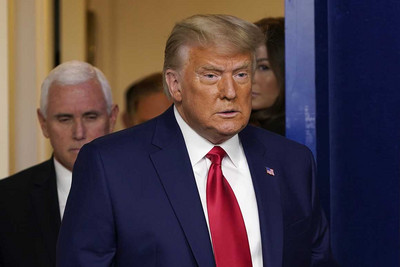 The idea that Trump might face criminal charges has felt impossible since Robert Mueller declined to bring additional charges in his final report. But Trump faces several other investigations for crimes that are easier to prove than criminal conspiracy with Russia.

It was not long ago that news reports routinely invoked the possibility that Trump could face prosecution after he leaves office, and Mueller’s belief that he could not charge a sitting president with a crime does not change that.

1. Obstruction of justice. Robert Mueller’s decision not to formally charge Trump with obstruction of justice leaned heavily on the Department of Justice’s rule that it cannot charge the president with a crime. But Mueller clearly presented Trump’s behavior as criminal, and more than a thousand former federal prosecutors agreed that the acts cited in the report would be prosecuted as obstruction were Trump not president.

Mueller’s report also noted “a President does not have immunity after he leaves office” and that part of his task was to “preserve the evidence.” This opens a very clear avenue for the Department of Justice to charge Trump with obstruction once his term has ended.

2. Campaign finance violations. Last December, the Department of Justice chargedMichael Cohen with campaign finance violations for his role in routing hush money payments to Stormy Daniels. The sentencing document made it clear that the buck did not stop with Cohen. “Cohen himself has now admitted,” it said, “with respect to both payments, he acted in coordination with and at the direction of Individual-1.”

Individual-1 is of course Donald Trump. This branch of the investigation has been spun off to federal prosecutors working out of the Southern District of New York. They too will surely follow the prohibition against charging a president while in office, but this would not protect Trump afterward.

3. Inauguration overcharges. The financing of Trump’s inauguration had several financial curiosities. Some of those involve apparent funding from foreign sources, which is illegal. But the most pertinent issues involve massive overcharging by Trump’s D.C. hotel.

There is a long and fairly detailed paper trail showing that Trump’s inaugural committee knew it was paying Trump’s hotel absurdly inflated costs for room rentals during the inauguration period. We don’t know if Trump himself directed the scheme, and if he did, we don’t know that proof exists. But if so, this would amount to a pretty obvious crime. The U.S. Department of Justice and the Washington D.C. attorney general are both investigating.

5. Trump Foundation fraud. The Trump Foundation, Trump’s purportedly charitable body, has engaged in a pattern of self-dealing ranging from the petty (paying Donald Trump Jr.’s $7 Boy Scout membership fee) to the grand (refurbishing a fountain next to a Trump hotel). The New York attorney general alleged “a shocking pattern of illegality” and shut down the foundation, but the probe continues.

It would be improper if Pelosi was somehow suggesting Democrats lobby prosecutors to charge Trump once he’s out of office. But there’s no reason to think her comments, which Politico described secondhand, proposed anything of the sort.

Rather, she seemed to reference the simple reality that defeating Trump next year would leave him exposed to criminal investigation. If Democrats believe they need the system to hold Trump accountable above and beyond mere electoral repudiation, the criminal justice system has several promising avenues through which such an outcome might result. There’s a well-justified norm against criminalizing political differences. But it does not apply to a career criminal who happened to be elected president.

Having lost the election to President-elect Biden, Trump is only days away from being a common citizen with no immunity that he has enjoyed in the last four years. His panic and unsubstantiated allegations of election fraud is a fine indicator of a man who knows what awaits him outside the White House gates come January 20.