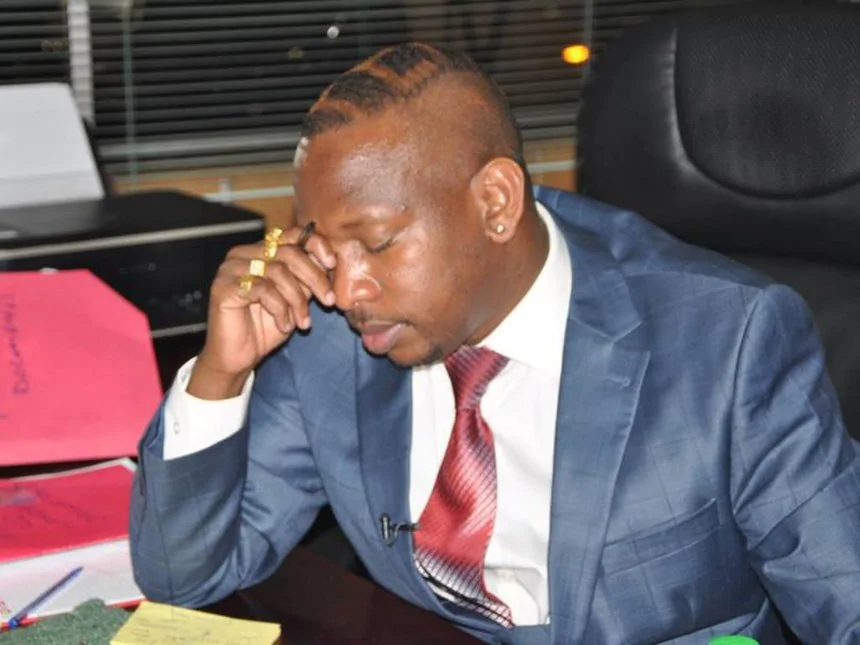 Nairobi Governor Mike Sonko is not living the political life he envisioned on becoming the chief executive of Kenya’s capital. The controversial politician who is in court battling numerous corruption allegations is also a survivor of impeachment.

However, the ghosts have struck him again. The Nairobi Governor was slammed with yet another battle to keep his seat after the MCAs tabled a notice of impeachment motion against him on Thursday.

A total of 86 MCAs from both Jubilee and ODM appended their signatures on the notice. This is above the 42 signatures required as the minimum threshold to jumpstart the ouster process.

Minority Leader Michael Ogada who filed the notice of the motion mentioned various grounds for the removal of the governor. Some of them include abuse of office and violation of the Constitution.

This will be the third attempt by the lawmakers to kick out the county chief whose troubles are compounded by a frosty relationship with the Nairobi Metropolitan Services Director General Major General Mohammed Badi.

Should Sonko fail to respond to the allegations levelled against him, the assembly is to proceed with the debate on the ouster motion and if approved, the matter will be taken up by the Senate.

Given that both parties have united in his ouster, the boastful governor is reportedly swallowing a humble pie. Political corridors say that Sonko’s friendship with president Uhuru has deemed and his relentless efforts to get him to come to his rescue has fallen on deaf ears with his calls to statehouse going unanswered.

Its reported that Uhuru gave the orders to initiate the impeachment motion after the governor refused to with with NMS and approve the Sh37.4B budget to Badi and county executive whose functions he’s being accused of frustrating. Sonko has been slamming the President lately.

With ODM enjoying a great ground on the floor, Sonko is said to have sent luminaries to the party leader Raila Odinga in a bid to plead his case against ouster.

On the surface, the governor is on his swaggering braggadocio as ever. On Friday he said, “I’m ready to go home. As I said before, there is life after politics. My father was not a politician,” he bravely claimed yesterday. I don’t need to be saved. I will stand firm like the Senate when they were dealing with the County (Allocation of) Revenue Bill. I will not, I shall not and I am not going to append my signature to give funds to an illegal entity.”