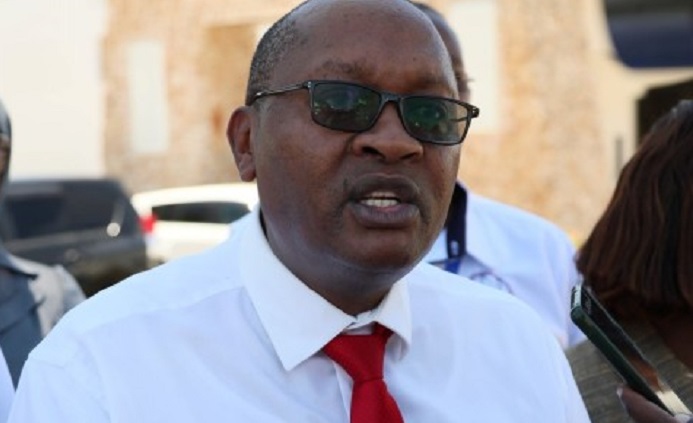 A brief by Minet Kenya, the firm contracted by TSC to manage the scheme, revealed more than 10 ways that teachers, their dependents and hospitals use to fleece the scheme.

They include impersonation, billing for services not rendered, billing for conditions not covered under the scheme, double billing of medical expenses and falsification of the length of stay of patients in hospitals.

Incorrect reporting of diagnosis or procedures, false and unnecessary prescription of drugs, abnormal utilisation of services, bribery and unethical inducement are also ways used to cheat.

Mutheu cited impersonation as one of the most unethical ways both teachers and medical facilities exploit the scheme.

“We are talking about public funds and we have a duty to care. We have a legal and investigations department dealing with these. As we speak, many cases are under investigation and dozen others in court,” said Muthui.

He explained that in most cases, hospitals collude with teachers to abet impersonation.

“As we speak we have about six IVF patients who are not scheme members. This is an expensive treatment and we are presently carrying out investigations,” said Muthui.

He said male teachers have been caught taking members of their second family to benefit from the scheme against the laid down rules.

Muthui said in most cases, teachers use their identity to help their relatives such as parents, siblings, or unregistered spouses.

Related Content:  US Electoral College Officially Confirms President-Elect Biden As The Next President Of The U.S.

“When the preauthorisation team comes, they find a totally different person from the listed beneficiary on the hospital bed.”

Impersonation is also done by teachers to cheat maternity cover. “In most cases, you find the person who is on the bed is not the one on the scheme roll,” said Muthui.

“For teachers who are caught in this malpractice we pass them over to TSC for the disciplinary procedure,” he added.

It also emerged that some hospitals make huge claims based on false diagnoses while others presented bills for members who were never admitted.

In other cases, the health facilities demand payment for patients not even treated.

“Other facilities also cheat on the number of days patients were admitted,” said Muthui.

Some hospitals also make claims on services not covered under the medical scheme. “They (hospitals) manufacture bills and forward them for payments,” said Muthui.

He said in the past, the scheme administrator has had cases where some hospitals made claims for gynaecological and maternity services offered for male members of the scheme.

Cases of bribery have also been reported among teachers and hospitals.

“We have had cases where hospitals bribed scheme members or members’ representatives to cover up false claims and other corrupt practices,” said Muthui.

“In one such case, a patient confirmed that no breast ultrasound or excision was carried out, yet the two services were included in the final bills.”

Kenya Insights allows guest blogging, if you want to be published on Kenya’s most authoritative and accurate blog, have an expose, news TIPS, story angles, human interest stories, drop us an email on [email protected] or via Telegram
Related Content:  Teachers Hospital Visits Not Limited, Minet Clarifies
Related Topics:AON Minet CEO Sammy Muthui
Up Next