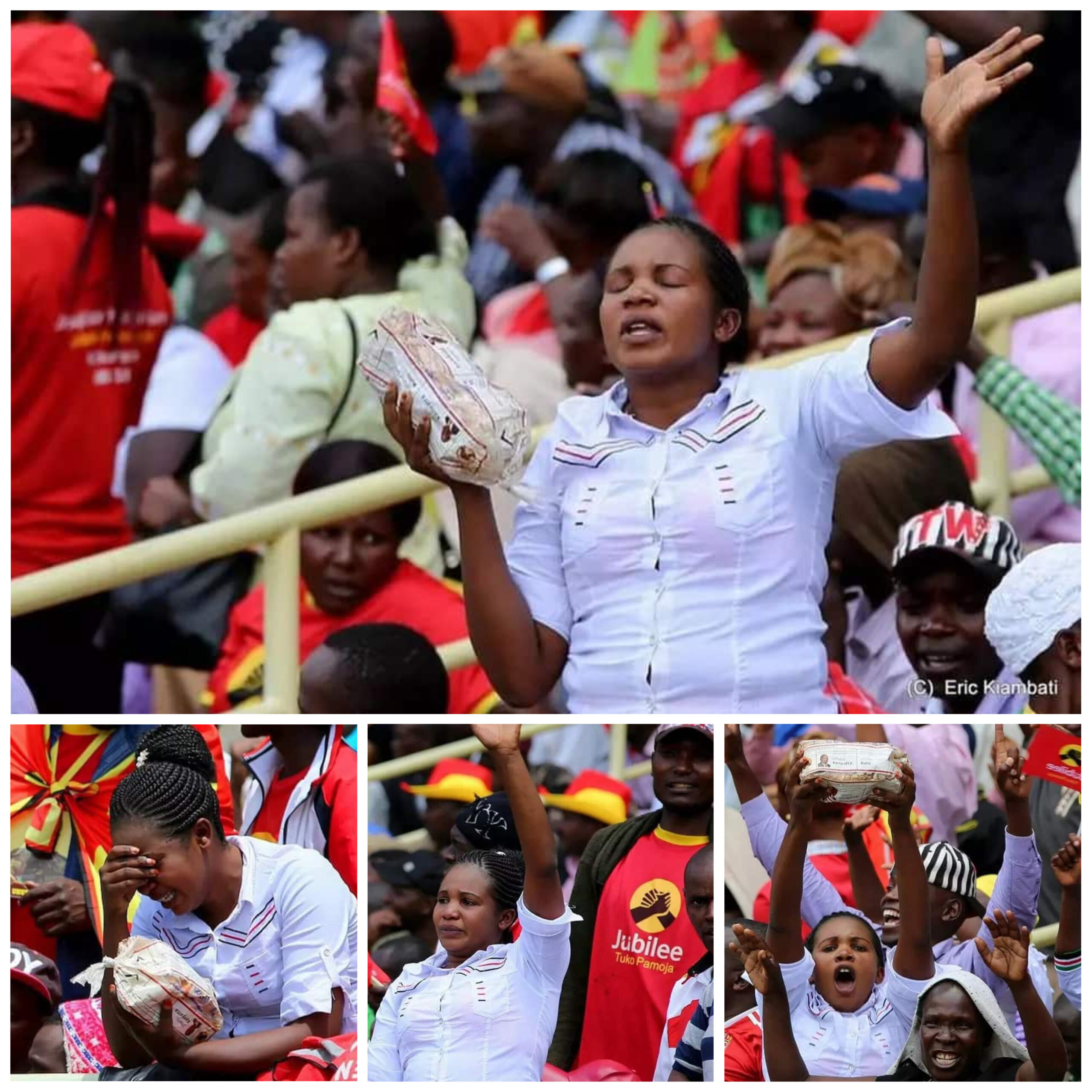 Hawk-eyed journalists took photos of her among the crowd in the packed stadium as she celebrated the Jubilee duo’s victory as she held out a full loaf of bread.

This was a culmination of her spirited campaigns for the Jubilee government which she had started after the nullification of the disputed August 8, 2017, presidential poll results.

“I found myself in tears of joy and celebrating as the President took the oath for his second term. I felt that my efforts had paid up and couldn’t hide my joy anymore,” said Wangui.

She explained that she was optimistic that after the swearing-in, the duo would stick together to the end as promised.

“My full bread signified an undivided nation which the two had promised Kenyans. It is unfortunate that as we head to the next polls, Kenyans have been sharply divided and the two are on opposing sides,” she said.

On political promises made by the duo, Wangui explained that they had achieved much but more was desired by Kenyans.

“On infrastructure, the Jubilee administration has made an impact nationally. Of greatest significance however is the unity of all communities,” she said.

Unknown to many, she began her journey with door-to-door campaigns in Lanet and found passion to move across Nakuru county and later traverse most Rift Valley counties.

“I used to join county and national campaign teams urging Kenyans to vote for the Jubilee government. I had no money and would get free rides or sponsored by people who saw my passion,” said Wangui.

When the repeat presidential polls affirmed Uhuru’s reelection, she borrowed fare from friends and spent the night outside Kasarani Stadium to secure space and witness the big day.

After her pictures went viral, senior government officials, through the local administration, sought to secure an appointment for her with the President and the Deputy.

“Some people in government took me in circles saying that I should wait a little longer. The five years term is almost over,” said Wangui. 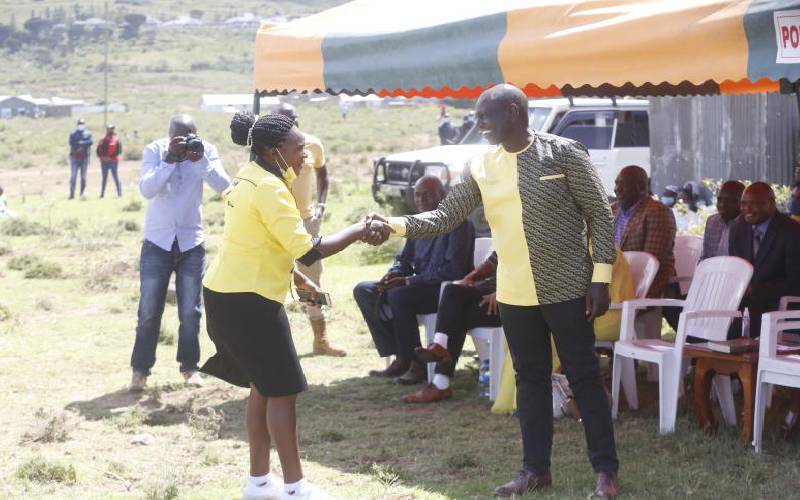 “I cook for people in construction sites. I trek for kilometers to deliver the food to make ends meet. Some days are harder than others like today when I don’t have any orders,” she said.

On some occasions, Wangui, who is a gospel musician, secures gigs to perform at public and private events.

Though she has not lost hope of meeting the two in an official setting, Mariam explained that she has countless times met with DP Ruto in Rift Valley, Central and Coast.

“As you can see my wall is covered in framed photos of me greeting the Deputy President at different locations. I have never had an opportunity to personally ask him for an appointment,” she said.

She explained that balancing her personal life and politics has come with its own challenges, among them, being labeled as having lost focus or secretly receiving stipends from the politicians.

“I am a mother of two children whom I leave under the care of my husband when I attend political meetings,” said Wangui.

She further revealed that “My dream is to own my home so that I can focus on moving my business higher and comfortably provide for my family.”

Wangui’s husband Henry Muthungu has been a strong pillar for her even as he equally faces challenges linked to her involvement in politics.

“I work as a caterer to provide for my family, which is not easy. I fully support my wife in her passion. Many criticize me for allowing my wife to get into politics which have never paid her back,” said Muthungu.

He explains that at times negative energy directed on her wife on social media affects her and trickles down to him as she has to stand strong for her.

“I still believe that someone will one day recognize her effort and reward her. Only that way shall people quit criticizing her for what they term as an exercise in futility,” said Muthungu.