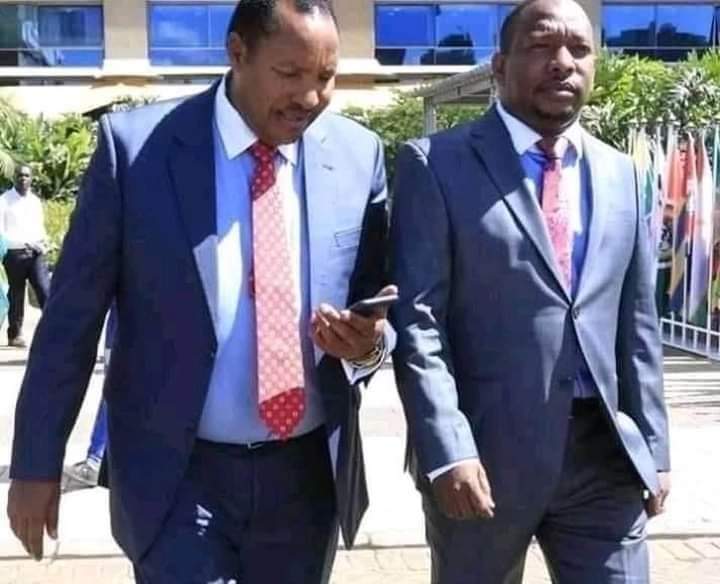 The Senate plenary on Thursday, December 17 upheld the Nairobi County assembly decision to impeach the governor on grounds of gross violation of the constitution and abuse of office.

27 elected senators out of the required 24 voted in favor of Sonko’s ouster.

Makueni Senator Mutula Kilonzo Jnr and his Nairobi counterpart Johnson Sakaja abstained from voting for or against Sonko’s ouster.

The senators voted on each of the four accusations levelled against Sonko which include gross violation of the Constitution and other laws, abuse of office, corruption and gross misconduct.

The Senate commenced impeachment proceedings against Sonko after 88 out of Nairobi’s 122 MCAs voted on December 3 to impeach the governor.

Here is how senators voted for the impeachment motion 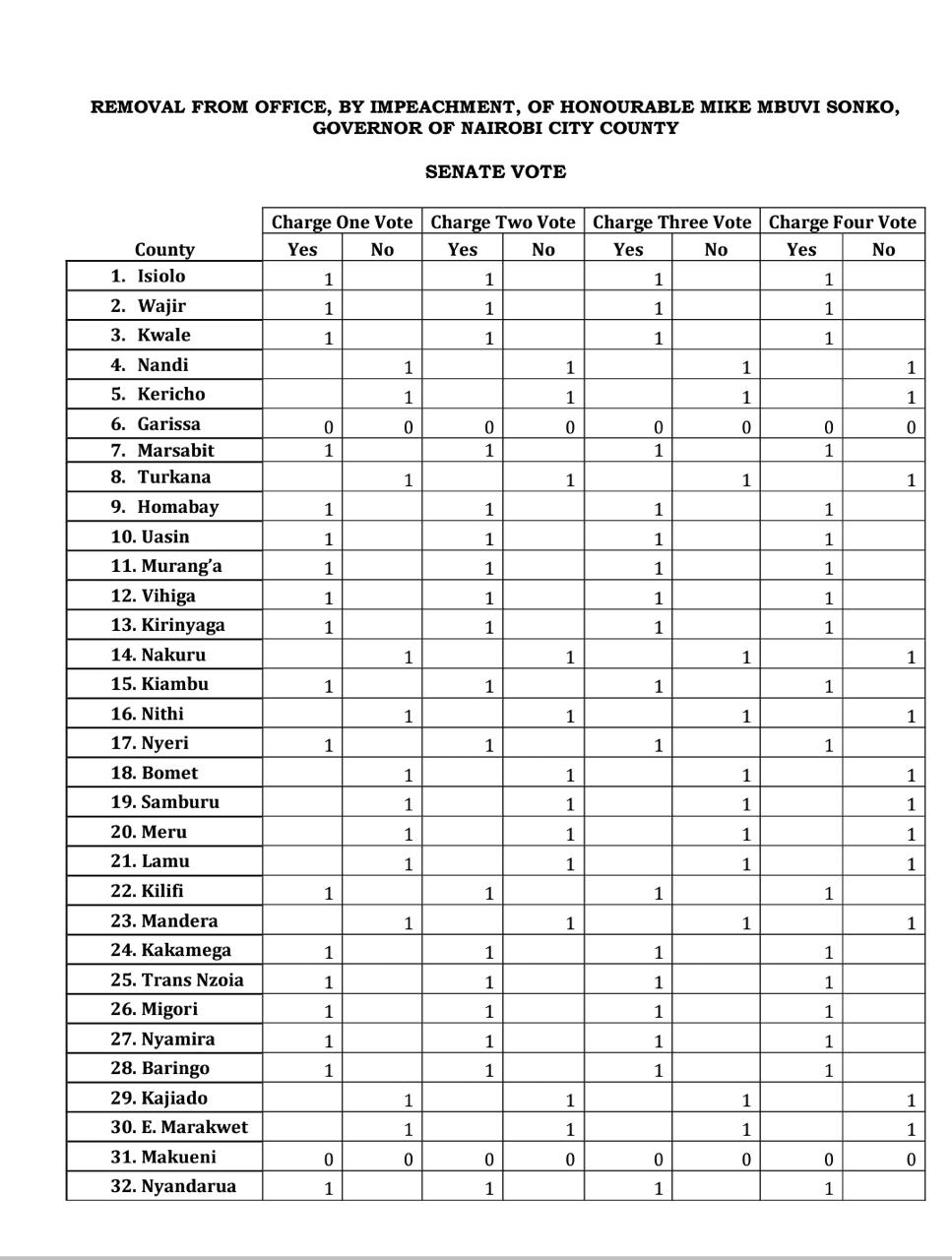 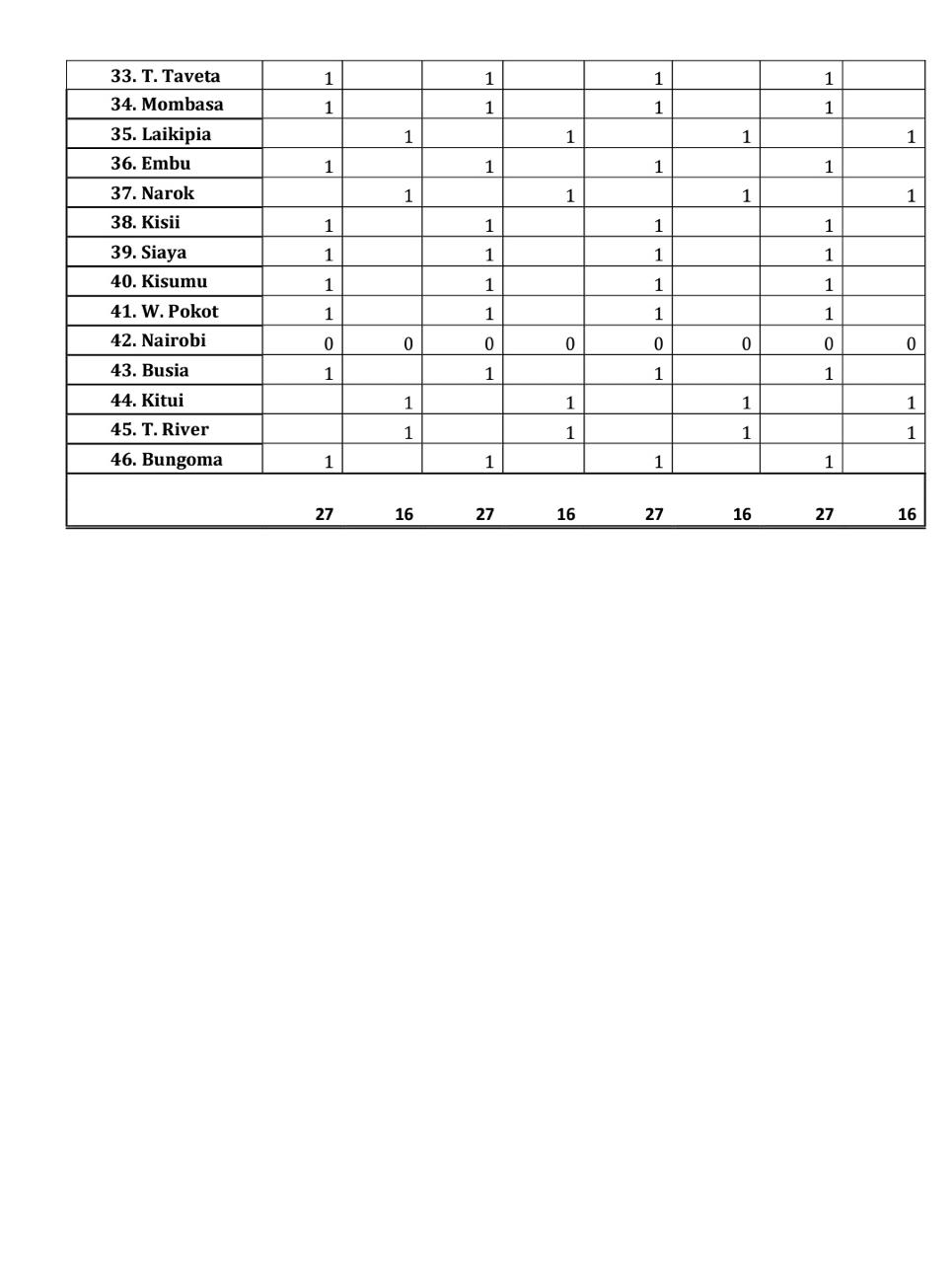 Kenya Insights allows guest blogging, if you want to be published on Kenya’s most authoritative and accurate blog, have an expose, news, story angles, human interest stories, drop us an email on tips.kenyainsights@gmail.com or via Telegram
Related Content:  United States Donates Border Security Training Materials to Kenya Revenue Authority
Related Topics:
Up Next