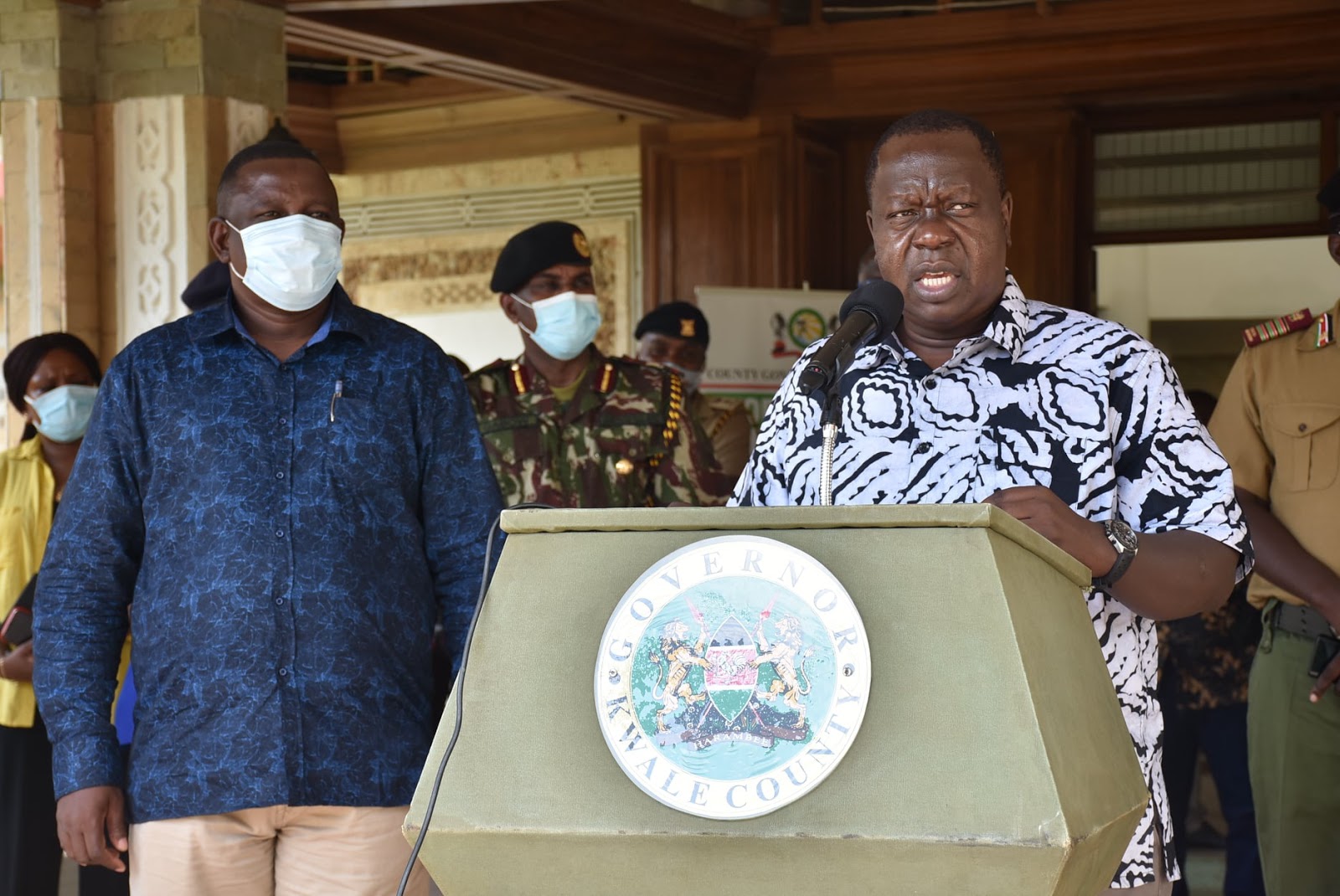 The government will boost security before, during and after the Christmas and New Year festivities across the country to forestall any security threat.

The CS spoke to the press on Monday after addressing a closed door security meeting at the Kenya School of Government (KSG) Matuga campus in Kwale County.

The security minister who has spent the last three days traversing Mombasa, Kilifi and Kwale counties said the government has been taking precautionary measures to avert incidences of insecurity.

He said his tour was to check on the progress of various development programs undertaken by the national government in the coastal region and to bolster peace and security.

Dr. Matiang’i said the three coastal counties were at the heart of tourism and would be put into security priority adding that efforts to ensure security during the holiday season are in top gear.

He said the security agencies will ramp up patrols at tourist hot spots and places where large crowds are expected at this time of the year.

Related Content:  Living A Lavish Life, Murdered Rongo University Student Sharon Otieno Was Pregnant With Migori Governor Obado’s Kid And Had An Affair With His Son

The CS said domestic tourism is picking up in Mombasa, Kwale and Kilifi and attributed the situation to the stability currently being witnessed in the region.

The minister said the emergence of criminal gangs in the coast region would not be entertained to turn into a security threat and disrupt social-economic activities.

At the same time the minister  called on Kenyans to strictly adhere to protocols set out by the Ministry of Health so as to stem the spread of coronavirus in the country especially during the holiday season.

Dr. Matiang’i said the health measures such as wearing facemasks, washing hands, physical distancing and avoiding public gatherings are aimed at ensuring people continue with their lives in the wake of the fast spreading infectious disease.

On his part Governor Mvurya said his county mainly depends on tourism and hopes to reap from tourism arrivals and related activities this high season.