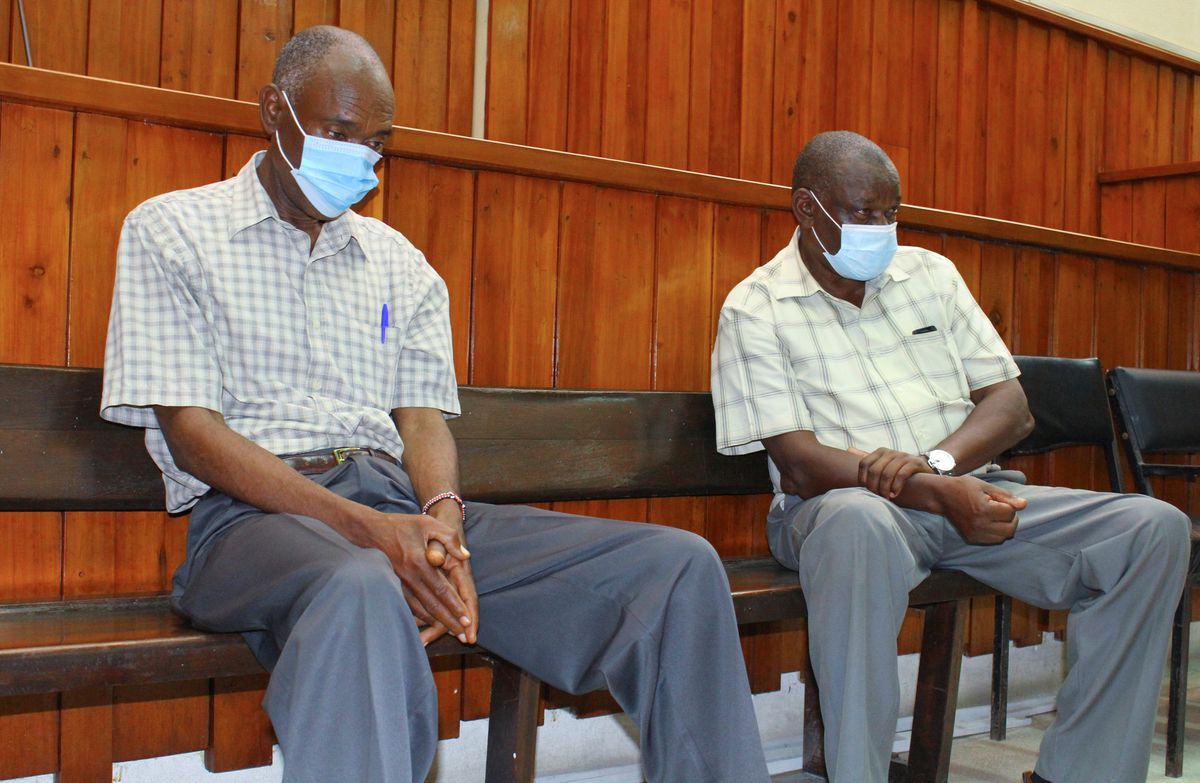 Kenyan police officers Naftali Chege (L) and John Pamba, accused of the killing Alexander Monson, a British citizen who was found dead in his prison cell in 2012, sit in the dock during the ruling of their case at the high court in Mombasa, Kenya March 22, 2021. REUTERS/Joseph Okanga/File Photo

Kenya’s High Court on Monday jailed four policemen found guilty of the manslaughter of Alexander Monson, the son of a British aristocrat who was found dead in a police cell in the beach town of Diani in 2012.

Judge Eric Ogola issued the verdicts in the coastal city of Mombasa at the end of a high-profile case that has shone a spotlight on police brutality in the East African country.

“This should send a strong message to the Kenyan police force to have respect for human life,” the victim’s mother, Hilary Monson, told the court, fighting back tears.

The four policemen are Naftali Chege, Charles Wangombe Munyiri, Baraka Buluma and John Pamba. They all hung their heads after the verdict was announced, while one cried quietly.

“I just feel like after waiting for 10 years, the sentence given to the accused persons isn’t enough for a mother who lost her child in such a brutal manner,” Monson’s mother told journalists after the sentencing. 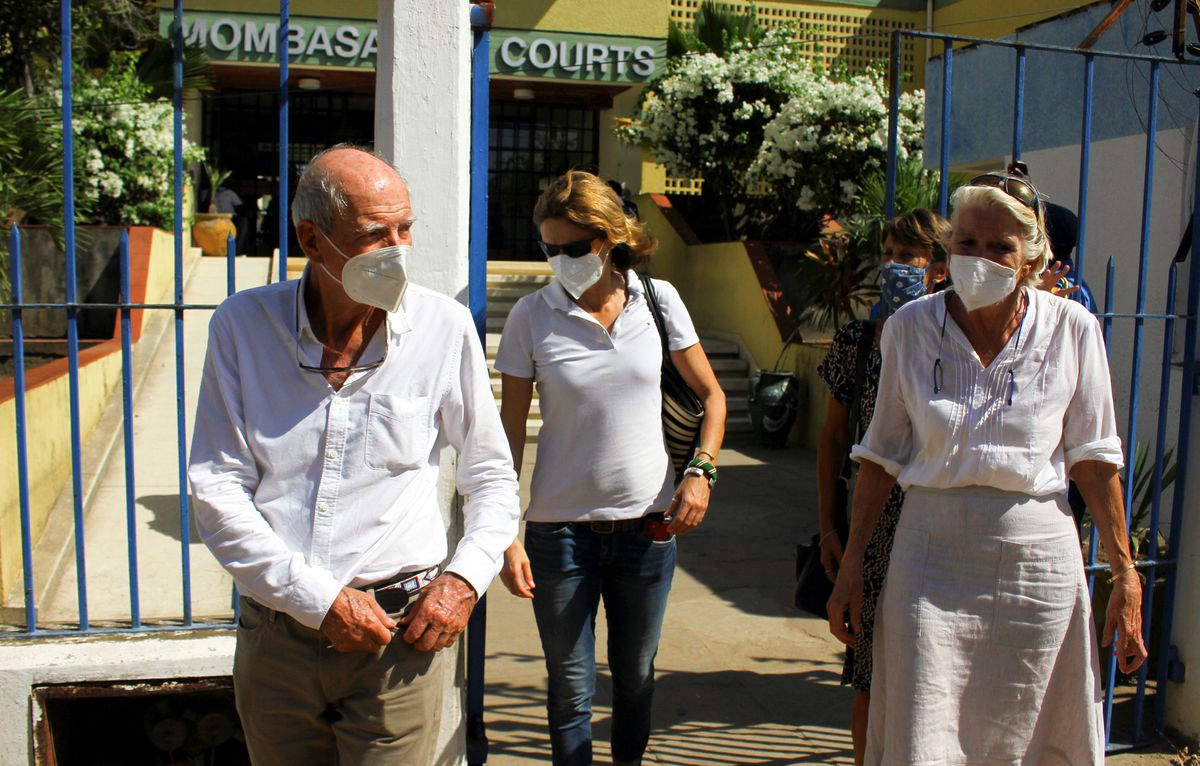 Hilary Manson and her husband John Lockhart leave the high court in Mombasa after the ruling on their son Alexander Monson, 28, who was found dead in his prison cell in 2012, in Mombasa, Kenya March 22, 2021. REUTERS/Joseph Okanga/File Photo

Monson, 28, was found dead after being arrested for what police said was smoking cannabis during a night out in Diani, near Mombasa on Kenya’s Indian Ocean coast.

“The drugs were planted on the deceased after his death as a cover-up,” said Ogola, adding that Monson was in perfect health before his arrival at the station and that he was “brutally tortured” while there.

“I am satisfied that the death of the deceased was caused through unlawful omission on the part of the accused persons for failing to seek medical care for the deceased in good time,” Ogola said.

Monson was the son of Nicholas, the 12th Baron Monson, and heir to a family estate in Lincolnshire in eastern England. The elder Monson was also in the court room and nodded slowly as the verdicts were announced.

“I think the verdict could have been stronger, but I know obviously the suspects will face some punishment in jail,” he said.

Two reports by government pathologists, seen by Reuters at the time, concluded that Monson had died after suffering a traumatic blow to the head. An inquest found there had been attempts to cover up the incident and threats against witnesses.

The Independent Policing Oversight Authority was established in 2011 to investigate police misconduct and has received millions of dollars in foreign funding.

Kenyans have filed thousands of complaints against police since its creation, but the organization has only secured 13 convictions against officers.

Kenya Insights allows guest blogging, if you want to be published on Kenya’s most authoritative and accurate blog, have an expose, news TIPS, story angles, human interest stories, drop us an email on [email protected] or via Telegram
Related Content:  Billionaire Humphrey Kariuki Says He’s Confident He’ll Prove Innocence Blames His Haters For His Predicaments
Related Topics:
Up Next

10 reasons why The East African Community SRH Bill should be Passed!