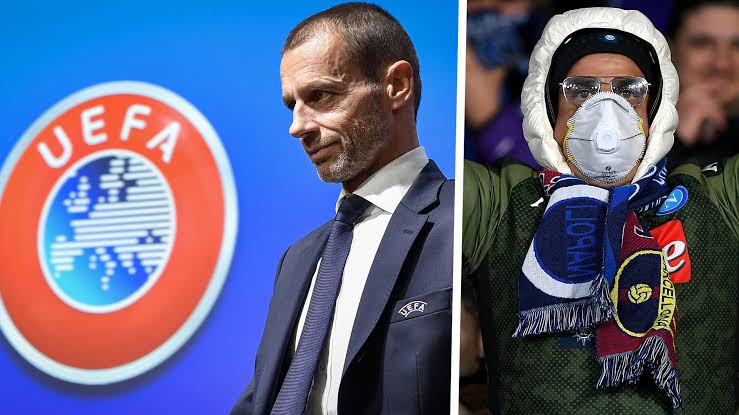 Due to the financial strains from the coronavirus pandemic, UEFA will pay €70.4 million ($75 million) to 676 clubs to send their players to UEFA national team competitions, European football’s governing body said Thursday.

”The UEFA Executive Committee today decided to release immediately the club benefit payments related to the clubs’ contribution to UEFA national team competitions in light of the current crisis and the financial difficulties many clubs are facing across Europe,” UEFA said in a statement.

UEFA added that the payments are supposed to be made after EURO 2020 playoffs, but it decided to make the payments immediately since the clubs are ailing financially due to the virus.

The remaining €2.7 million – related to players sent for the playoffs – will be paid after those matches will take place in the autumn.

”676 clubs from the 55 UEFA member associations will receive amounts ranging from €3,200 up to €630,000 for their contribution to the European Qualifiers and the UEFA Nations League for the 2018-20 period,” UEFA added.

In addition to this payment, UEFA will also distribute more €130 million to clubs to send their players to UEFA EURO 2020, now postponed until 2021.

Related Content:  Governor Kidero Opts To Defy Ombudsman Directive To Repossess Grabbed Eastleigh Land Letting Developers Continue With Illegal Construction
Kenya Insights allows guest blogging, if you want to be published on Kenya’s most authoritative and accurate blog, have an expose, news, story angles, human interest stories, drop us an email on tips.kenyainsights@gmail.com or via Telegram
Related Topics:
Up Next