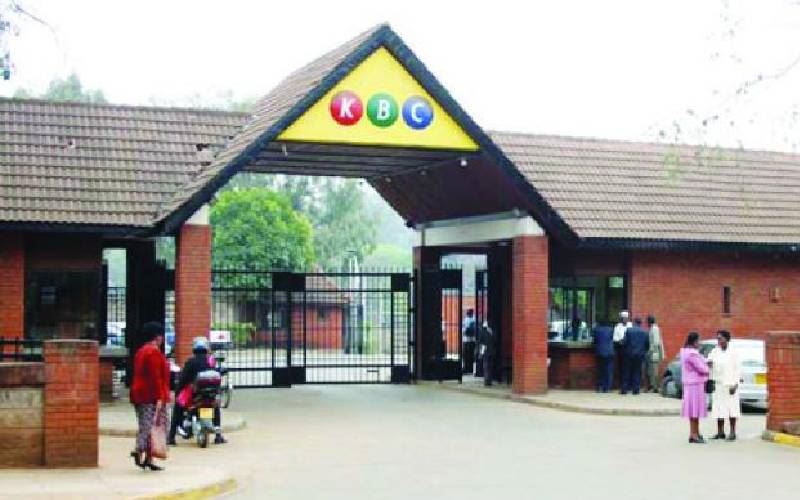 Snakes in the grass.

Wrangles over a 22-acre piece of land hosting national broadcaster KBC transmitters in Mombasa might not end soon following revelations that rogue brown envelope employees of the state parastatal are working aggressively in cahoots with a cartel of land grabbers to see their employer KBC lose the prime property to a private developer for personal gain.

The cartel involving a prominent Mombasa businessman has  pocketed two senior KBC employees regularly used as point men to frustrate the corporation’s efforts to reclaim the prime land already turned into a dumpsite at VoK area in Mombasa.

Suspected employees based at KBC Mombasa offices have the tendency of bragging that they are untouchable since they enjoy protection from the powerful businessman who is known to use his strong influence in the corridors of power to frustrate anybody trying to stand against his way.

Several attempts to solve the land ownership puzzle have for many times hit a snag due to the intense frustrations and pressure meted out on the corporation through the two rogie employees.

The tycoon known to be a close relative of Mombasa outgoing governor Ali Hassan Joho have allegedly been spotted inspecting the land at night while accompanied by the two employees, a senior accountant and an engineer, all based in Mombasa.

Sources privy to the land scandal claim the two senior employees managed also to use their strong influence in the management of KBC Mombasa to steal the land for ownership documents including and the mother title deed, which has mysteriously disappeared from the offices without a trace.

The rogue accountant and engineer are known to be reluctant to allow their top managers including KBC managing director Bilal Naim formerly Makau Nikko, tackle the land saga once and for once and for all.

Sources privy to the employees  fraudulent activities claim that Naim and his management have been kept in the dark about the stolen land he documents as the suspected employees continue to play hide for and seek games.

They would be seen strolling around the businessman’s offices and mostly Mombasa governor’s offices in pursuit of their weekly handouts. At one time, the two colluded with the businessman through the county executive under Governor Joho where they managed to frustrate the work of a team of KBC staff sent from Nairobi to come to Mombasa to investigate and find a best solution to the matter, especially those concerning the at outcry against the illegal VoK he dumpsite.

The businessman through support of the administration is known to be using the dumpsite as an excuse to deny KBC their right to fence and develop the land. The dumpsite which was closed of and relocated to Mwakerunge and for the last six years efforts to close and relocate the dumpsite which has turned to be a serious health hazard both to local residents and tourists have been frustrated.

The suspects are known to encourage illegal dumping of waste at the VoK site despite complaints from environmentalists and locals currently being faced with unhygienic smells currently from the ungazzeted dumpsite.

The locals through community based organisations, including Clean Mombasa CBO have made several attempts to petition both the county and national government, and including the senate over the dumpsite, but all has ended up on deaf ear.

Other sources said the the businessman, through the of governor’s office, had wanted KBC to allocate him three acres of the public land before he could submit to their demands for closure and relocation of the dumpsite.

Instead, the KBC boss declined forcing the businessman to declare that he would frustrate the corporation’s his demands. The problems surrounding inc the ownership of the land started way back in early 1990s when former Mombasa mayor Taib Ali Taib according to reports seen by Kenya insights.

The former mayor was accused of colluding with certain senior government officials at the Lands ministry to axe almost six acres of the land.

The defunct Mombasa OD municipal council currently Mombasa county government, KBC wanted the land for construction of a bus park which never came to see the end of the day to date.

How Ministry of Sports Cartels Looted Funds – But with the aid of CS Amina?