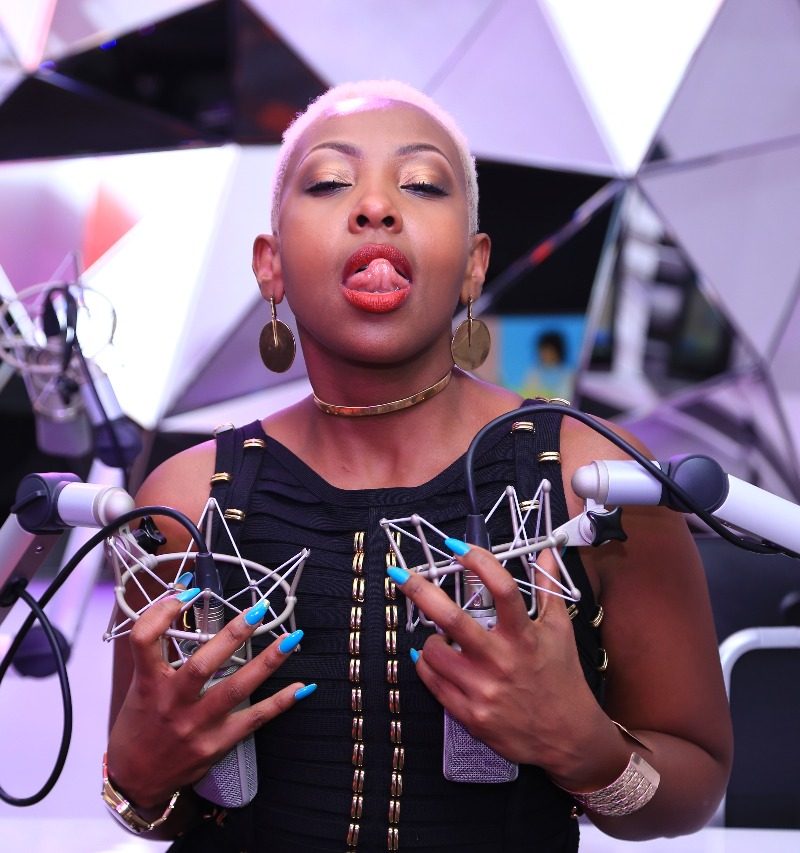 Between NRG Radio and Kiss 100 Just to give you a bit of context, NRG Radio is, according to a recent research report by TIFA, the number one name in music! A fete that they have been able to accomplish in just one year of operation! Their brand marketing strategy remains the envy of many and has sent shockwaves across the media industry triggering a war.

Nation Media group were the first to swing a punch with the launch of their youth platform Lit 360 which is yet to take root, despite them recruiting radio bad boy Fareed Khimani, and has quickly fallen off the fray and will be soon dead and buried! Capital FM re-organized their presenter line-up shedding off some dead weight and poached Fareed Khimani from Nation. Whether this will have an impact is for the research numbers to tell. 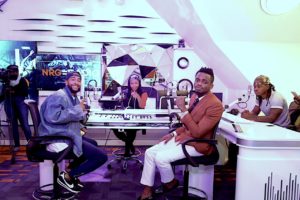 American Superstar Omarion and Tanzania’s Diamond Platnumz at the NRG studios in a past interview.

One FM and Two FM abrubptly shut down with industry speculators claiming that they were sold off to NRG Radio who took over the 97.1FM frequency and have since launched FunX on 91.3FM and Choice Radio on 87.7FM.

Most recently, and faced with collapse and with need to quickly reinvent and stay relevant in a market they were already losing, KISS 100 made the boldest move yet when they poached Kamene Goro and Andrew Kibe from NRG Radio to take over their flagship breakfast show that served as a platform for Caroline Mutoko and Adelle Onyango to build a national profile, and move on to more meaningful pursuits!

To accord the same opportunity to an inexperienced Kamene Goro and the foul-mouthed Andrew Kibe might be a mistep that may cost them dearly! Like a blind man without a walking stick heading towards a wall, it’s obvious what happens next. Rumor also has it that popular online personality Xtian Dela, will be joining the team as a producer.

NRG Radio having invested in developing their own talent (photoshoots, concerts, billboards, fancy cars and all), quickly moved to court citing breach of contract and secured a court order barring Kamene and Kibe from going on air on July 1 2019. 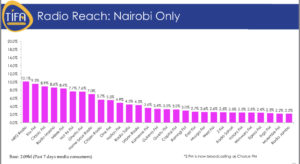 Latest Tifa poll on the radio market command in Nairobi. 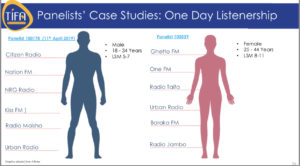 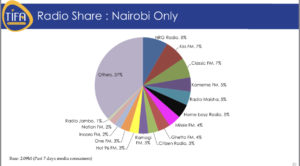 In a strange twist of events, the CEOs of both NRG Radio and Kiss 100 held a secret meeting at the late Bob Collymore’s cremation in Kariokor. Sources at the invite-only event confirm that the two were seen exchanging pleasantries.

Kenya Insights can now excusively reveal Radio Africa’s elaborate plan to copy and paste NRG Radio’s business model in an effort to rescue its dwindling fortunes. NRG which is the new kid in the block has in a short timeframe managed to capture the market more so the young and hippyish to run the airwaves in Nairobi. Previous giants like Kiss and Citizen are only watching in envy and this is understandable.

Below are photos of their new-look copy-paste studios; 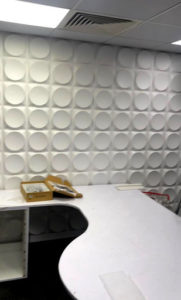 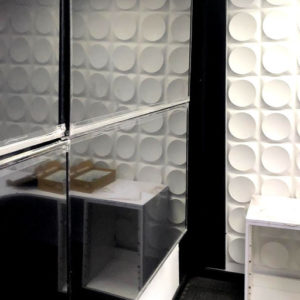 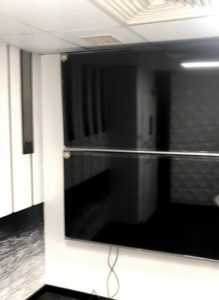 And you can definitely look out for those online follow trains. One thing is for sure, NRG Studios, technology and brand strategy have made all their competitors look very old school. 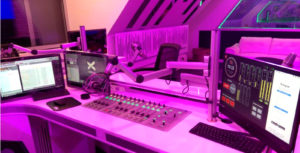 Inside one of the NRG studios.

Kiss is desparately trying to catch up but poaching NRG talent is not the answer but the uniqueness of the product. NRG for instance made waves with the live audio and visual transmission. They may have gotten lucky with poaching Caroline Mutoko and Maina Kageni from Capital FM but compromising their principles to hire someone like Andrew Kibe will definitely turn away female audiences.

Combined with the fact that they still have the same playlist with the same 100 songs, they will definitely turn off the few remaining fans they may have left. Waiting to see what NRG has in store to teach them a bloody good lesson.