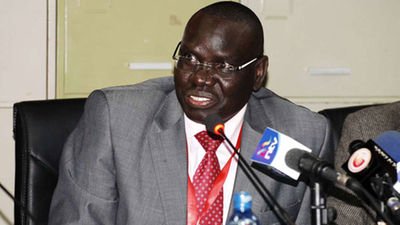 Last week, a Parliament committee wanted the former KPC managing director Joe Sang to be held responsible for the loss of Sh30.5 million paid to a contractor for an obsolete electronic budgeting system.

The Public Investments Committee recommended that the Directorate of Criminal Investigations (DCI) and the EACC investigate the whole tendering process and arraign individuals who may have been negligent.

Meanwhile, two previous attempts by the EACC to charge ex-KPC bosses Mr Tanui, Elias Maina Karumi and Josphat Kipkoech Sirma in 2015 and 2017 failed after a technical hitch on the anti-graft watchdog’s board constitution and a Director of Public Prosecutions order to conduct further investigations.

KPC at the time needed three auto-transformers and the state corporation hired France’s Agecelec to bring the equipment to Kenya, install and commission them.

Investigators would later find that Redline Limited received Sh30 million for the transformers, before being paid another Sh973,912 in installation and commissioning fees.

Documents provided to KPC and approved by the three bureaucrats, indicated that Redline had done sourced, imported, installed and commissioned the equipment.

But Redline was not mentioned anywhere in the tendering process, which means that there was a procurement anomaly.

Under procurement law, a contracted company must seek permission before subcontracting or altering operation terms of the deal.

EACC eavedroppers believe that Mr Tanui, Mr Karumi and Mr Sirma colluded to ensure that Redline got paid despite not having done any works.

The gumshoe argue that the three helped in forging documents to show that Redline Limited had done a good job and ensured that they got a cheque.

The three were initially charged in 2015 and released on bond.

Mr Kamau sued to annihilate the EACC investigations, arguing that the anti-graft watchdog did not have the minimum three Commissioners required to make decisions at the time he was charged.

The Court of Appeal concured with Mr Kamau in 2017 and tossed the EACC investigations and prosecution plans. The palpitate effect was that 127 graft cases, involving Sh17 billion in embezzled public funds, all collapsed.

The KPC trio were among beneficiaries of the Court of Appeal decision as then DPP Keriako Tobiko was forced to withdraw all 127 cases.

After five years and two failed attempts, the Ethics and Anti-Corruption Commission has now gotten the green-light to have former Kenya Pipeline Company (KPC) CEO Charles Tanui and two ex-managers prosecuted over a procurement irregularity that benefited a local firm, Redline Limited.

Mr Karumi and Mr Sirma were arrested shortly afterwards, but Mr Tanui could not be immediately traced.

EACC CEO Twalib Mbarak has now directed Mr Tanui to surrender himself to officers at the Integrity Centre.