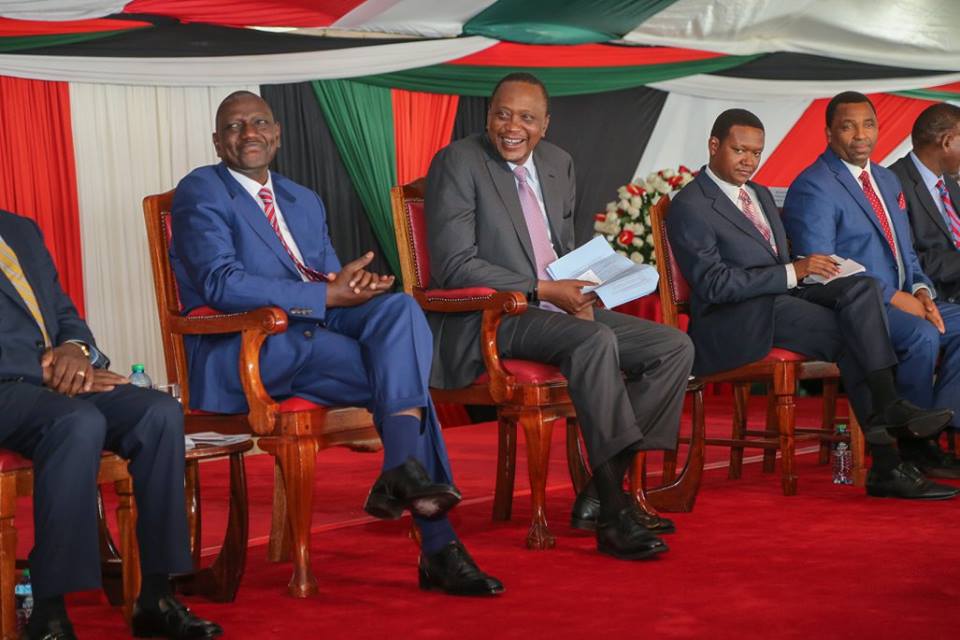 Electoral reforms have dominated headlines and parliamentary business with special sittings set to break the ice. The government allied legislators are up in arms with the manual backup of voting forget the fact that the blind endorsement has some MPs passing bills without proper digestion. The core issue of electronic voting is the identification of eligible voters through biometric matching. The opposition has credible suspicions that the manual register would introduce ghost voters. Kriegler report on 2007 elections found more than 2M dead voters to have participated in the fatal election. With innuendos surrounding the debate, we can use Turkana as a case study to demystify open lies floated on the electronic system.

Thuraya Telecommunications Company confirmed 100% transmission results for recent by-elections in Turkana held in the most of the remote county assembly wards, enhancing the credibility of the electoral process. The success rate followed the deployment of satellite coverage, extensive training and support work provided in conjunction with Airtel Kenya.

The Independent Electoral and Boundaries Commission (IEBC), the regulatory agency responsible for conducting and supervising referenda and elections in Kenya, needs to achieve full and immediate transmission of results. A delay in the confirmation of election results and declaration of winners prompts credibility concerns.

In October 2016, the IEBC were facing a particularly difficult challenge. Four by-elections were being held in county assembly wards that had limited or no terrestrial coverage. In Mosiro, in the Rift Valley, and Kalokol, on the western shore of Lake Turkana, there is no GSM coverage at all.

A joint team from both Thuraya and Airtel created a 14-day support program. IEBC election officers were given comprehensive training, as well as a results simulation exercise and technical assistance on election day itself.

The results were detailed: operating with Thuraya SatSleeve and Samsung J2 smartphones, the IEBC reported 100% transmission results in both Mosiro and Kalokol. The transfer was successful, using a specially developed mobile app that can be downloaded from Google Play Store and which is compatible with smartphones.

Bilal Hamoui, Thuraya Chief Commercial Officer, said: “Thuraya is uniquely placed to transform how the electoral process works in remote regions of Africa. Only we can take smart applications and apply them to the groundbreaking Thuraya SatSleeve device. We are delighted this investment in equipment, expertise and training have been such a success in Kenya. It’s a vote of confidence in Thuraya’s technology, which can connect anybody, anywhere; we’re looking forward to replicating this in future elections and other locations.”

In the two wards with limited GSM coverage – Sala, in Tana River County, and Nyacheki, in the Gucha district – transmission of the results was achieved through the GSM operators network.

James Buyekane, ICT Director, and Lauranta Chepkwony, Network Engineer, at IEBC said: “The Commission are grateful to Thuraya and Airtel Kenya for the training and technical support provided during the by-elections, and the dedicated support they provided throughout the training period.”

VSAT technology is the most suitable technology to put as the backup even if it’s costly but for the sake of peace and credibility of elections, We can afford it. VSAT is the short form for Very Small Aperture Terminals. In short, there are three main components of the VSAT Technology – The Satellite, A Central Hub (With a Big Dish Antenna) and a number of smaller nodes (smaller dish antenna) kept at various remote locations that together form a Star topology (Even Mesh topologies are possible for small networks) using the satellite network).

VSAT has the advantage of Access in Remote Locations: This has been the traditional strength of Satellite Networks. A Satellite in the Geo Synchronous orbit can cover around 33% of the earth’s surface and can provide connectivity to any region covered by it. A satellite can also focus on a particularly high-density region, and multiple satellites can work together to provide global coverage. This is very useful for remote locations (rural areas, ships and coastal regions, hills, etc.) where there is limited or no terrestrial connectivity.

Satellite Networks are very reliable (having up-times in the magnitude of 99.5% and above) and have been field tested for many years now. VSAT networks have always found applications in this area – they make a good backup network to the terrestrial networks (Leased Lines, MPLS circuits, Broadband DSL Connectivity, Internet Leased Lines, etc.) and there are certain customized plans available for backup exclusively with satellite service providers that charge for only 5% of the monthly capacity when the VSAT connection is used exclusively for backup. And yes, VSAT networks are not affected by natural calamities like earthquakes, storms, etc. Some network routers come with optional VSAT modules for terminating the VSAT links and providing auto fail-over during the failure of terrestrial network links.

The options for backup are endless; It’s, therefore, ridiculous that a whole CS for ICT, Mucheru blindly endorsed the manual backup knowingly disregarding the effective electronic backup as we’ve illustrated. There’s nearly no excuse to an electronic voting system other than dark motives being chauffeured. Satellite phones as SK Macharia lightly hinted would do the magic and put an end to the debate.

Related Content:  Fired CS Echesa Now Says DP Ruto Is A Failure
Kenya Insights allows guest blogging, if you want to be published on Kenya’s most authoritative and accurate blog, have an expose, news TIPS, story angles, human interest stories, drop us an email on [email protected] or via Telegram
Related Topics:
Up Next