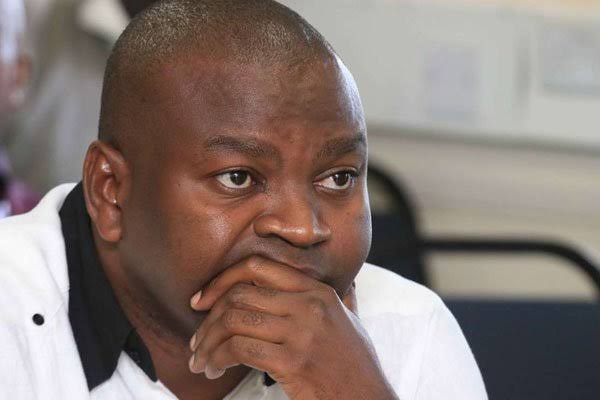 Former Sports Cabinet Secretary Rashid Echesa was arrested along Harambee Avenue after allegedly getting into a fake contract with foreign investors dealing with military equipment.

Echesa, who was grilled the entire day Thursday, is alleged to have used the Office of the Deputy President and the signature of Defence Cabinet Secretary Amb. Monica Juma to cut a fraudulent multi-billion shilling deal.

In a narrative depicting a movie script, the former Cabinet Secretary is said to have approached foreign investors through mail introducing himself as a Kenyan politician who would hook them up with a lucrative Ksh.39.5 billion tender.

To show commitment he is reported to have asked them to pay a firm known as Pizzle Consultancy 115,000 US dollars. An equivalent of Ksh.11.5 million which he is alleged to have pocketed.

He is alleged to have summoned the directors of the company into the country and had a meeting at a Nairobi Hotel in the presence of people dressed in military uniform, one of them introducing himself to the investors as a general who would be the user of the military equipment to be supplied to the department of Defence.

The directors then arranged a trip for Echesa and three others to Poland, the headquarters of the company to inspect the surveillance equipment.

It is here that he said he would receive Ksh.52 million upon the signing of the contract after allegedly approving the standards of the equipment.

Then came the d-day. On Thursday, February 13, the two investors, an Egyptian and an American were then ushered in style at Harambee Annex, the deal was to be signed in the Office of the Deputy President. It is here that it struck them odd why the man who identified himself as general was dressed in a suit this time round.

Related Content:  No Way Out For Governor Korane In Sh233M Theft Case

They also said they never got to meet the Deputy President despite Echesa promising that the contract would be signed in his presence.

What baffled investigators is that the fictitious tender document found both in the Office of the Deputy President and Echesa’s car, bore the signature of Defence Cabinet Secretary Amb. Monica Juma among other senior ministry officials.

Forensic investigations on the signatures have been launched, ahead of summons for the CS next week

Echesa, who was later taken to Muthaiga Police Station, was arrested alongside Daniel Otieno Omondi, Kennedy Oyoo and Clifford Okoth.

The four will spend the night in police custody before being arraigned on Friday.