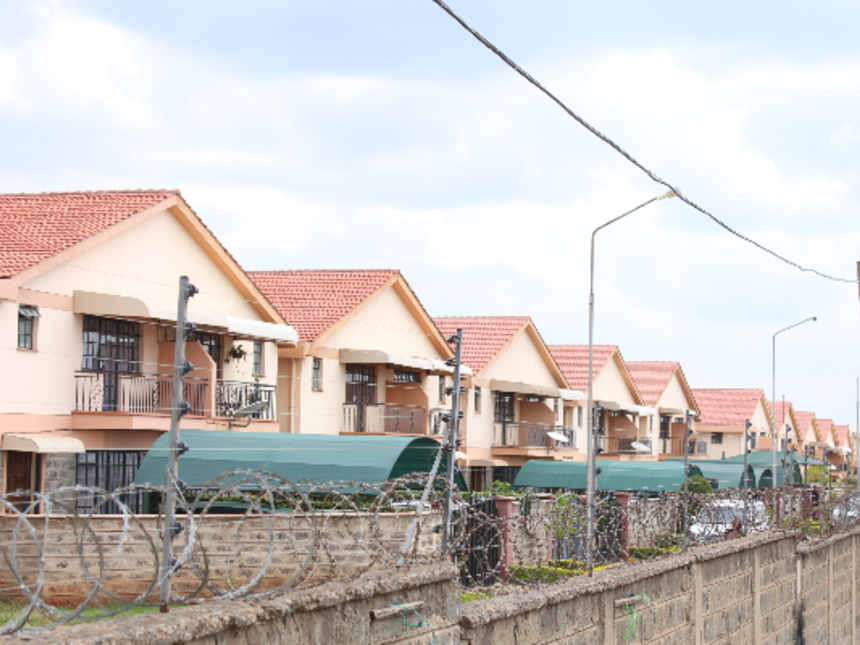 In 2014, the government was all system set to demolish the premium estate and church sitting on public land but in what is still clear in many people’s minds, Mike Sonko came to the rescue of his friends when he directly called and put on speaker the President who directed the demolition be stopped.

The estate built 10 years ago is of 600 houses, each valued at Sh16 million. Most are inhabited by their owners while others have been rented out, it is valued at Sh10b.

The 243-acre parcel of land which was grabbed by the Diamond Estate is owned by the Kenya Veterinary Vaccines Production Institute. In the same line, other properties sitting on public land and which must be demolished include the 15,000-seater Winners Chapel auditorium and two other residential estates, Banque Villa and Executive Housing.

The parastatal land was fraudulently acquired in the mid-1990s, subdivided and systematically allocated at throw away prices to Sharjah Trading Co. Ltd, Rielco Co. Ltd and Samu Ltd.

In May 1995, Sharjah Trading Company sold two of the plots for Sh500 million to NSSF. The firm had paid only about Sh100 million to acquire the land.

The development is located on Likoni Road off Mombasa Road and consists of four-bedroom semi-detached maisonettes. Each of the units at Diamond Park has a price tag of Sh25 million, according to an online listing by realtor Villa Care.

The Kenya Bankers Sacco has also been caught up in the grabbed land dispute since it is the developer of Banque Villa residential estate, also earmarked for demolition.

Sheikh Khalifa, the ghost director and a billionaire, is the ultimate financier and owner of Diamond Estate with other partners. Khalifa also owns Alfa Traders the company involved in grabbing public land in Eastleigh belonging to hawkers and he opts to take a laid back position in all these dealings.

Khalifa uses Farah Mohamed Barrow and Ali Sheikh Mohamud as his trusted proxies, and they’re the one’s who appears as owners in nearly all his properties. Sheikh Khalifa, owns Diamond Wholesalers, the biggest Mumias Sugar distributor in the country a business he’s been in for the longest time through Kidero’s reign to date Diamond Wholesalers is amongst companies whose directors were arrested in Eastleigh, they were found to be selling the mercury laced sugar. Clearly, this group has their feet deep in illegal business dealings.

Will SANY spare them this time and whether Sonko will come to their rescue like he did the last time? All public land must be repossessed.