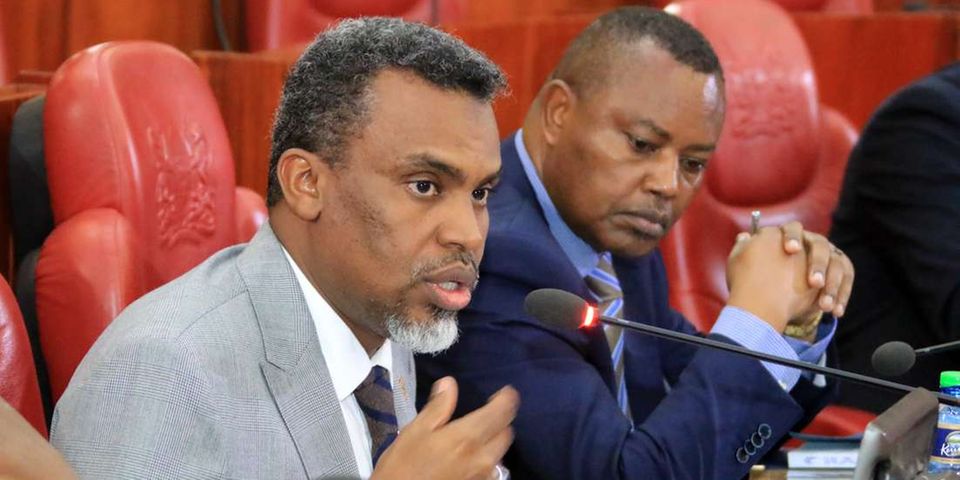 The Directorate of Criminal Investigations is looking into corrupt deals at key state departments and ministries involving about Sh34 billion.

DCI George Kinoti said Friday the money is linked to scandals at the Ministries of Water and Irrigation and Lands, and the National Youth Service, Kenyan Pipeline Company, National Cereals and Produce Board and the National Health Insurance Fund.

Of the amount, Sh21 billion is linked to the Arror and Kimwarer dams scandal. The others are NCPB, Sh1.9 billion), KPLC Sh470 million, KPC Sh 2 billion and NYS Sh10.5 billion.

The cases are at different stages of prosecution. So far, the Assets Recovery Agency has frozen Sh32.9 million held in former Public Service and Youth Principal Secretary Lilian Mbogo’s accounts and those of her family members, after it emerged that suspects of stolen funds were colluding with banks to withdraw all the money and destroy evidence linking them to the scandals .

“The money was held in 11 bank accounts in her name, Lilian Wanja Munthoni Mbogo, Shara consultants, Lidi Holdings Limited, Lidi Estates Limited. Other bank accounts said to have been used as conduits for looting more that Sh1 billion from NYS were also frozen,” says the DCI,  in a new publication.

Admitting that the DCI has not met the public’s demand for convictions of corruption suspects, Mr Kinoti argued that convictions, though beneficial, are not a perfect measure of success. He said what is crucial is the recovery of stolen cash and property.

“There has been a lot of sustained pressure on us to get convictions at the end of the proceedings, but the public has not been told the truth — that convictions are just part of the justice system process, which takes time. The other recourse in cases like those of outright theft is recovery of the assets and sacking of the suspects. The greater good is change for the better,” said the DCI.

The publication, a  first since the establishment of the directorate in 1924, highlights the directorate’s history and journey of transformation from the Criminal Investigations Department to the DCI, wins in the war against graft and terrorism, tributes to remarkable officers, among other things.

“Crime prevention and detection is at core of the work of the DCI and therefore the directorate has a duty to communicate to the public on how crime can be detected, reported and contained,” said Mr Kinoti.

He said the directorate has been keeping its investigations open amid criticism and condemnation, especially on conviction of suspects.

The pressure to ensure conviction of persons accused of graft has increased in recent weeks following the exposure of the persons alleged to have benefited from funds meant to fight Covid-19.-Saturday Nation.