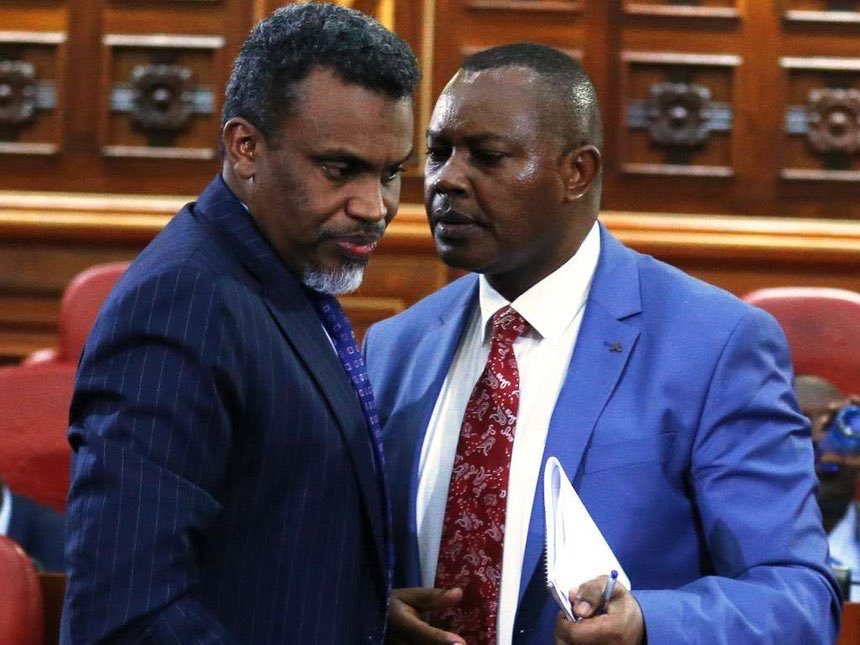 DCI has released 130 photos of suspected criminals engaged in hacking banking systems in Kenya. This doesn’t come as a surprise with recent visit to Kenya by Interpol heads and previously FBI who’ve marked Kenya as a hub for cyber criminals and need for combined efforts to contain them.

The report showed that over Sh18 billion was withdrawn from victim accounts with banks compensating nearly the same amount.

Overall, banks and financial institutions in 10 of the African countries surveyed lost $248 million in 2017 with governments losing $204 million.

The highest cost and threats for financial institutions in relation to cyber crimes came from insider threats, investments in anti-cybercrime technologies, banking malware and ATM skimming.

System misconfigurations, largely ride on weaknesses where users access their company portals using default 0000 passwords that are not regularly changed (updated) from any gadget at any level.

While most Kenyan companies remained mute over attacks on their individual portals, albeit to protect their business interests, CA’s report said 140 malware attacks (malicious software) were reported with the 2017 prolonged political period blamed for 104 incidents of impersonation, which were reported.

Dozens of sites belonging to the Kenyan and Nigerian governments have been hacked in recent years, highlighting their vulnerability. CA’s website was defaced in 2017 while, National Bank reported thwarting an online bid to transfer Sh29 million from its accounts by an unknown hackers to mobile money accounts, a technique at the heart of massive bank theft locally and internationally.

Banks and internal-revenue authorities are getting hit the most, especially through their web apps. Nairobi and the bigger cities in particular have become highly exposed to cyber crime targeting individuals as residential internet connection rises phenomenally.

With 130 persons now facing imminent arrest, could this be the breakthrough into the the murky underworld of cybercrime? Here are the listed suspects. 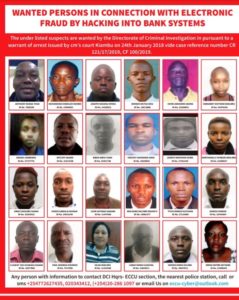 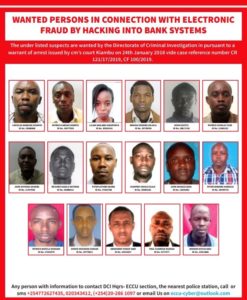 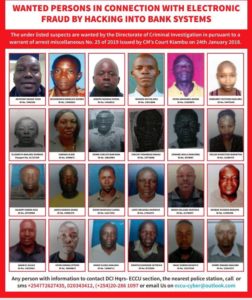 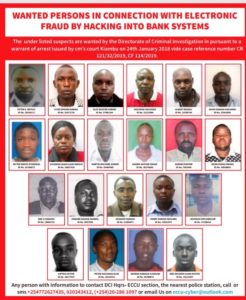 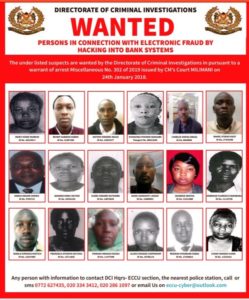 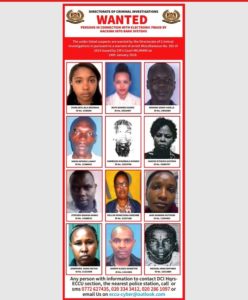