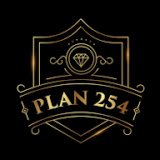 Kenya’s anti-crime watchdogs and vicious anti-graft sleuths from the Directorate of Criminal Investigations have raided Plan 254 Club in Kilimani, Nairobi.

According to preliminary reports from media sources speaking to the DCI, the raid found fake $1 M, 147 fake gold bars and the sleuths also nabbed flamboyant personality Stephen Mark Oduk, the owner of the club and is currently being held at the Parklands Police Station.

A raid conducted at Plan 254 Club on Nyangumi Road also unearthed 3000 black U.S. dollars. The black notes were in denominations of $100 and were discovered alongside four portable safes that were locked.

According to the Directorate of Criminal Investigations (DCI), Oduk is set to be arraigned on Thursday.

Early this month, police arrested a man with fake currencies worth Ksh.200million in Kileleshwa. According to the DCI, Bobby Kariuki, 27, was found with fake U.S. dollars, Euros and Pounds.

And on May 20 this year, detectives probing a fake gold scam raided a residential area in Riara where they discovered a smelting centre. DCI George Kinoti revealed that once melted into ingots, the metal with insignificant gold content was being used to lure unsuspecting businessmen.

He said they have solid leads on suspects involved in the fake gold racket in Kilimani, some of whom are influential businessmen, lawyers, and judicial officers.

Kenya Insights allows guest blogging, if you want to be published on Kenya’s most authoritative and accurate blog, have an expose, news TIPS, story angles, human interest stories, drop us an email on [email protected] or via Telegram
Related Content:  Meru Magistrate Gathogo Accused Of Corruption
Related Topics:camDCIFake goldmoney launderingplan 254
Up Next