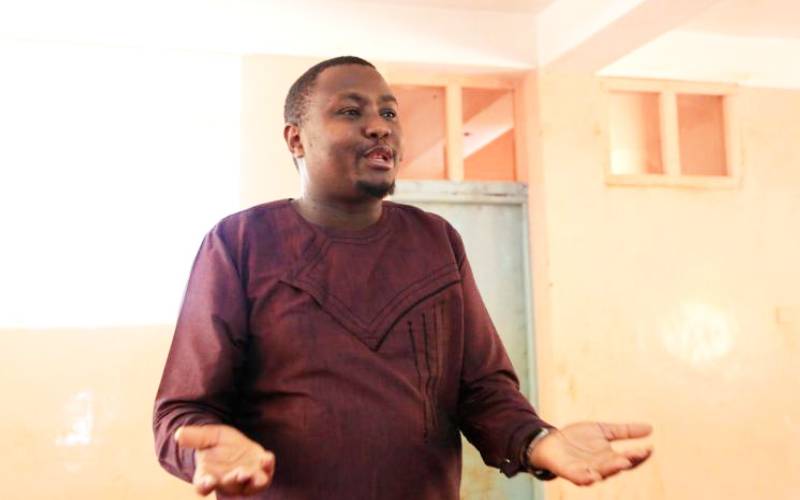 Back in 2018, ‘Isaac Muthui defied odds by becoming one of the few Africans to introduce a cryptocurrency that primarily targeted Africans‘ Local media reported that the computer science graduate had invested Sh15 million in developing Nuru Incorporated which has introduced the first African cryptocurrency, Nuru coin. Kenya Insights has established the ‘highly volatile cryptocurrency’ that went for as low as Sh10, Nurucoin, never existed.

Kenyans rushed to invest in the coin of the future which was being heavily marketed on social media platforms, over 11,000 kenyans bought into the internet-based medium of exchange that promised huge returns as the world embraced digital currency, Isaac Muthui Mwenda, CEO at ChurchBlaze Group Ltd had other plans.

Investors had by July 2018 poured about Sh2.7 billion, according to The Standard through PayPal and direct cash deposits into ChurchBlaze’s accounts held in a local bank. The investors hailed from all over the country with most being residents of Murang’a, Kitengela, Machakos, Nyeri, Meru, Nakuru and Kericho.

Investors paid a registration fee of Sh1,250 towards becoming members of the ChurchBlaze Group family after which they were allowed to purchase shares in four categories, Series A to D, with the latter being the most expensive at Sh60 apiece. Series A sold for Sh6, B for Sh30 and C for Sh40.

Unknown to them, that would be the last time they see their money, soon Isaac would disappear without trace as calls to his office went unanswered and the office premises were deserted.

Amos Kisilu and Douglas Munga, victims of the heist told the Directorate of Criminal Investigations they had been duped and even given ranks as directors but they later resigned in 2017 and remained as silent shareholders. “I resigned when I realised he was running the company without our involvement,” Kisilu told journalists. Munga is reported to have invested Sh4.8 million in seed capital.

Soon enough, Isaac’s lifestyle would start changing, he bought a new home in New Muthaiga, a Toyota Land Cruiser VX, gifted his wife with a high-end Mercedes Benz and started making trips overseas, which he defended as business trips to find investors. The man became a frequent visitor to high end five star hotels all this while poor Kenyans waited to start seeing profits from their investment.

As per usual, experts had warned against the investments, Isaac’s scheme was a ‘fraud’, hatched on capturing the emotions of unsuspecting Kenyans. He opined that the firm’s name, ChurchBlaze was picked to draw the majority of Kenyans who are Christians even going as far as calling himself ‘pastor’.

Isaac claims that none of the investors was coerced to entrust him with their money and even then, he saw nothing wrong in raising funds from the public. He has also refuted the amount of money he allegedly stole.

Investigators from the Capital Markets Authority (CMA) this week confirmed they were looking for Muthui to answer to charges of irregularly collecting funds from investors.