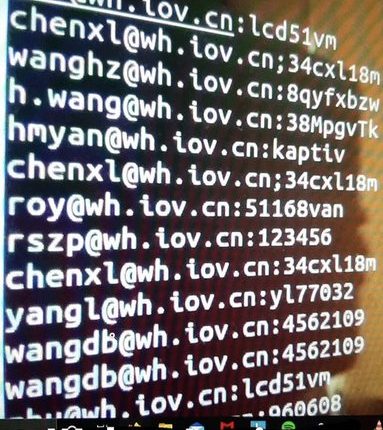 Anonymous hackers successfully hacked accounts belonging to Bill Gates, the WHO, and a lab in Wuhan believed to be the location researching coronavirus that received funding from Dr. Fauci.

The event appears to have taken place on or about April 20th.

Netizens have taken to activism and people are logging in via SSH and downloading the contents of these hacks. This means that many people will be combing through the hacked documents with a fine-toothed comb.

Hackers apparently looking for the truth behind the coronavirus outbreak have allegedly hacked the World Health Organization, the Wuhan biolab and the Bill and Melinda Gates Foundation. A set of huge databases containing usernames and passwords has been leaked.

What are hackers looking for?

Many are speculating that the Gates Foundation is linked to the research of “gain of function”. This describes a function where scientists add deadly features to a virus. It was outlawed in the US back in 2015 by a moratorium and research was all migrated to Wuhan, Dr. Fauci funneled nearly $4 million USD to complete his research.

COVID-19 was ostensibly made in a lab. French Nobel prize winning scientist Luc Montagnier are publicly alleging that this is the case. According to him, there’s no possibility of this virus occurring naturally. It has the “insertion points” of 3 different viruses. That means it is a chimera of 3 separate diseases combined into 1 coronavirus.

In an interview given to French CNews channel and during a podcast by Pourquoi Docteur, professor Montagnier who co-discovered HIV (Human Immunodeficiency Virus) claimed the presence of elements of HIV in the genome of the coronavirus and even elements of the “germ of malaria” are highly suspect, according to a report in Asia Times.

Thousands of emails, passwords, & documents have been said to have been leaked online. Screenshots of documents, emails, and their credentials are currently on the open web, even on Twitter.

A Christian hacker group known as Katehon is said to have had hacked Gates Foundation data and relayed this to another hacker group, USA Hackers. USA Hackers used the data to hack WHO, Wuhan Lab and the CDC, and promises more leaks.

Our next step: Leak bank transfers that clearly reveal Bill #Gates has had a hand in controlling the entire narrative of the #COVID19 pandemic and corrupt officials of #WHO, #CDC and World Bank have been in his pocket the whole time while also taking bribes from #China.#ID2020 pic.twitter.com/nv16ybn1TW

There is a history of Microsoft/Gates accounts being hacked, so this would not be unprecedented, nor impossible.

The Atlantic Council controlled publication of the Deep State – Vice Magazine – seems also to have confirmed the story.

For reasons only understandable to those following the broader establishment narrative, Vice has made this about the ‘far right’ and ‘neo-nazis’, terrorism, and so-called accelerationism.

A data dump of what appears to be the email addresses and passwords of members of the Gates Foundation, World Health Organziation (WHO), Center for Disease Control and Prevention (CDC), and a virology center based in Wuhan, China, is circulating within a network of neo-Nazi extremists.

The data dump and circulation appears to be an attempt at intimidating several of the leading government and non-governmental groups currently leading the fight against the worldwide coronavirus pandemic, though it’s likely many of the emails and passwords are outdated.

Judging specifically from a list of the data obtained by Motherboard, it appears like this may be an aggregation of previously-hacked usernames and passwords that was compiled from a previous data breach, though Motherboard cannot say for sure at the moment where the list comes from and how it was compiled. Motherboard ran a series of the email addresses through the website haveibeenpwned.com, which compiles data breaches, and found that each of the addresses we tested have previously been part of known data breaches. Many of them were also confirmed by the site to have been circulated in large aggregated lists of usernames and passwords tracked by the site.

In recent weeks, far-right extremists have become particularly enamoured with sowing disinformation about the COVID-19 pandemic, stoking protests and anti government sentiment in hopes of creating social chaos. Many experts have openly warned that “accelerationists”—followers of violent political doctrine calling for terrorist actions to hasten the collapse of society—have seen an opportunity in the current pandemic to test already weakened governments that are struggling to contain the virus.

Related Content:  Trump Suggests Injecting Sanitizers As Treatment For Covid-19
Kenya Insights allows guest blogging, if you want to be published on Kenya’s most authoritative and accurate blog, have an expose, news TIPS, story angles, human interest stories, drop us an email on tips.kenyainsights@gmail.com or via Telegram
Related Topics:
Up Next

Scientist Who Discovered HIV Says Coronavirus Is Man Made