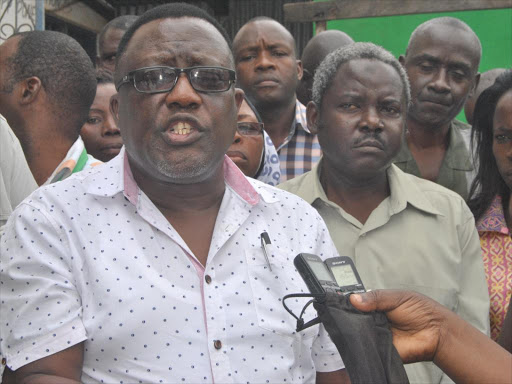 Now tested positive for the Coronavirus (COVID-19), Kilifi Deputy Governor Gideon Saburi may go down in history as a mass murderer should his actions to not self-quarantine despite having just arrived from Europe which is rocked by the disease cost lives.

Arriving from Germany on March 5, the deputy governor who was supposed to quarantine for at least 14 days did not, on March 8 he attended an International Women’s Day and several funerals within the same timeline.

Even as Health CS Mutahi Kagwe reiterated to anyone who had recently travelled outside the country to self-quarantine at home upon arrival, Saburi went along his business, attending a Cabinet meeting with executive committee members and several other meetings at the county headquarters between March 10 and 12th.

It took an order from Nairobi to have Saburi finally co-operate and go to Coast General Hospital for observation together with his driver. The reckless behaviour has now forced the governor of Kilifi who may have met with Saburi into quarantine.

The number of people the deputy governor may have put at risk is beyond fathomable. Health CS now says the Kilifi boss will be quarantined at his own cost before he is charged in a court of law. “All persons who violate the quarantine regulations will be quarantined forcibly at their own expense and later charged,” Cs Kagwe said.

Detectives with the help of health officials are tracing all the people the deputy governor may have come into contact with in the past days.

Kenya Insights allows guest blogging, if you want to be published on Kenya’s most authoritative and accurate blog, have an expose, news, story angles, human interest stories, drop us an email on tips.kenyainsights@gmail.com or via Telegram
Related Content:  Raila Calls For Professional Audit On COVID-19 Funds Alleged Theft Instead Of Political Shouting Matches
Related Topics:
Up Next

WHO: Do The Five, Help Stop Coronavirus