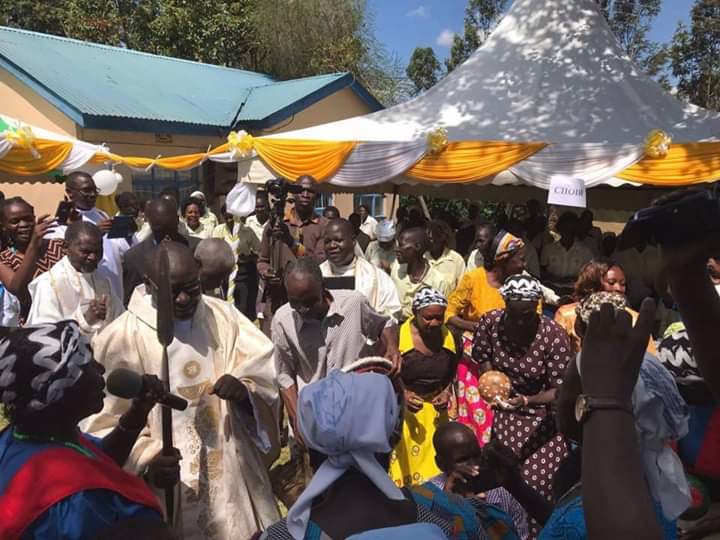 The government has put into self-quarantine some 59 people that are believed to have come into contact with Catholic priest Father Richard Onyango Oduor who tested positive for coronavirus have been put on self-quarantine, among them five priests and three Nuns in Siaya County.

Among the five priests in isolation, three are based in Ugunja and one is a priest who heads Sega where Fr Oduor allegedly spent the night on Saturday, March 13, after the burial and the following night before departing for Nairobi while the other priest is in charge of Sigomere parish.

Other quarantined include 14 members of the priest’s immediate family, 20 members of the family of the nun, those mother’s funeral the priest presided over in Ambira village in Siaya County, 16 neighbours of the nun’s family and four members of a family who attended the funeral.

Close to 500 people who are estimated to have attended the burial are being and monitored. “We are working together as a team in tracking all the contacts and ensuring immediate action is taken on each case,” Nyanza Regional Commissioner James Kianda stated.

Ugunja MP Opiyo Wandayi, area MCA and county Tourism executive are among the politicians who attended the burial.

Kenya Insights allows guest blogging, if you want to be published on Kenya’s most authoritative and accurate blog, have an expose, news, story angles, human interest stories, drop us an email on tips.kenyainsights@gmail.com or via Telegram
Related Content:  There’s Another Looming Global Crisis;Shortage Of Condoms
Related Topics:
Up Next