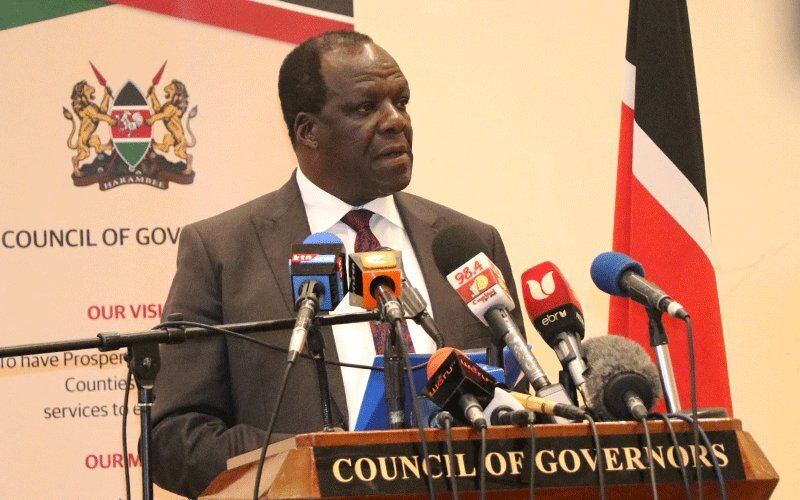 The Council of Governors has dispatched letters to governors across all the 47 counties directing them to, among other things, immediately terminate salaries for health care workers participating in the ongoing strike.

According to COG, the medical practitioners who have downed their tools are acting in total disregard of several court orders suspending the industrial action. The Council’s Chairperson Wycliffe Oparanya insists that strike being spearheaded by the various trade unions is unlawful.

“The unions have failed to adhere to the orders by failing to call off the ongoing strikes.” Oparanya charged in the letter.

In the letter also addressed to Health Cabinet Secretary Mutahi Kagwe, the county chiefs’ boss lamented how the industrial action has negatively impacted service delivery in the county health facilities.

Oparanya further wants governors to initiate disciplinary processes where the employees have failed to report on duty without any valid reason.

The strength of the COG and National Government’s case according to Oparanya, is a determination by Justice Njoki wa Makau of the Employment and Labour Relations Court on Wednesday last week.

In the ruling, Justice Makau issued a temporary relief suspending the strike for 14 days “to allow negotiations before mentioning virtually the case on 30th December 2020.”

This according to Justice Makau was to allow time to see if the parties are able to agree.

If the governors push through with the threat, then medical officers engaged in post graduate training at the National Referrals Hospitals will also be affected as governors are expected to withdraw payment of their tuition fees on top of stoppage of payment of their salaries.

Related Content:  Brexit Explained And How Big Shocks Awaits Britons Lives
Kenya Insights allows guest blogging, if you want to be published on Kenya’s most authoritative and accurate blog, have an expose, news, story angles, human interest stories, drop us an email on tips.kenyainsights@gmail.com or via Telegram
Related Topics:
Up Next