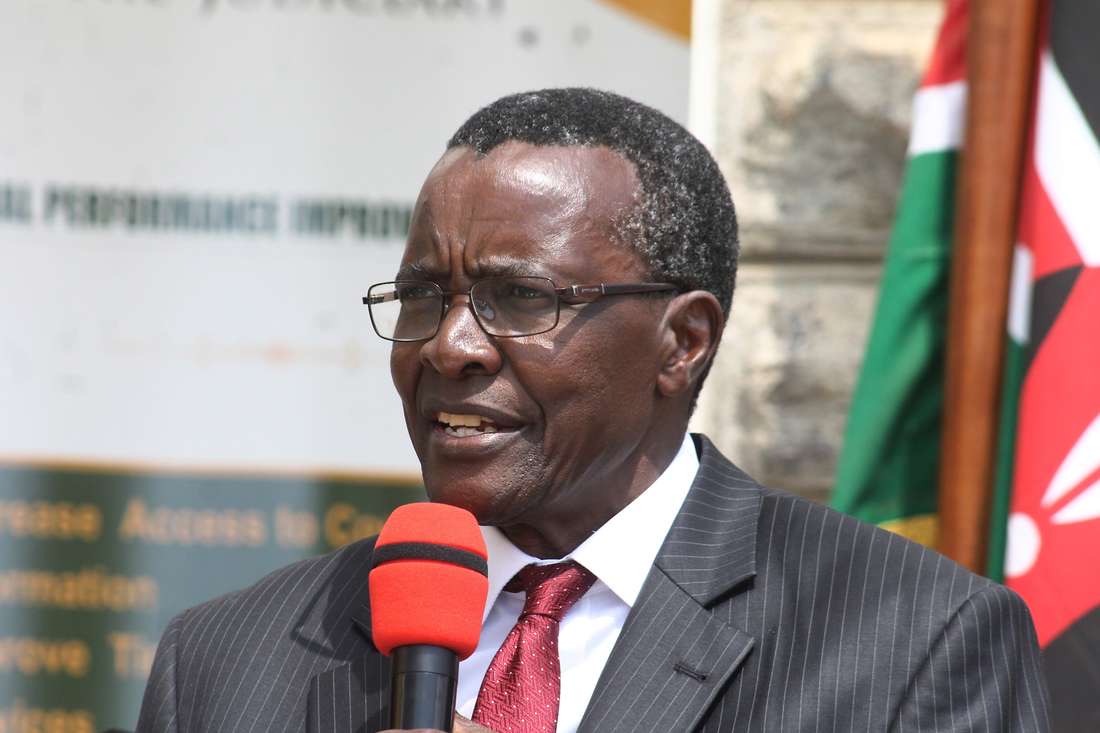 In a press briefing Monday morning, the CJ said service delivery at the corridors of justice will be greatly jeopardized if court operations are not adequately financed.

A visibly irritated Maraga claimed that the executive has been treating the judicial arm of the state with contempt even as he disclosed plans to oust him before expiry of his term.

Get breaking news on your Mobile as-it-happens. SMS ‘NEWS’ to 20153

“The CJ has no Mercedes car, he is not accorded the respect due to his office in state functions. The last Mashujaa Day, the CJ walked to the dias through a side walk and the MC did not acknowledge his arrival. The CJ is not accorded the respect of his office. I have decided that until that happens, I will choose which State functions to attend. I cannot access the VIP lounge at JKIA yet when I go to other countries I am treated very well. Here we have a lounge that is locked. Why do we spend so much money to build a lounge that is locked for years on end?”

“I am not serving at the pleasure of any CS or PS. We do not go out to look for cases, cases come to us. I will not go to look for public funds from anybody. Those are public funds” Added the CJ

Also Read  You can be anything you desire, President tells learners

Angered by the current state of affairs, the CJ says he will launch budget plea with the National Assembly to have the legislators consider giving the judiciary a reasonable percentage of the national budget.

” Each arm of government must keep to its lane.” He said.

He however assured all judges and magistrates that he will protect them against all forms of attack but challenged them not to be compromised in their work.

He at the same time alleged plans to oust him from office before expiry of his term.

“Some Cabinet secretaries are saying I will go before the year ends, kumbe hii Kenya ina wenyewe?”

On the war against graft, Maraga called on Kenyans to be patient and allow the Judiciary and the office of the Director of Public Prosecutions to follow the  rule of law in dealing with corruption related cases which he says take long to conclude.

He defended judges and Magistrates against criticism with an assurance that he will protect them against all forms of attack but challenged them not to be compromised in their work.

CJ Maraga Lashes Out At Executive Over Budget Cuts

Full Census 2019 Report: There Are More Women Than Men In Kenya