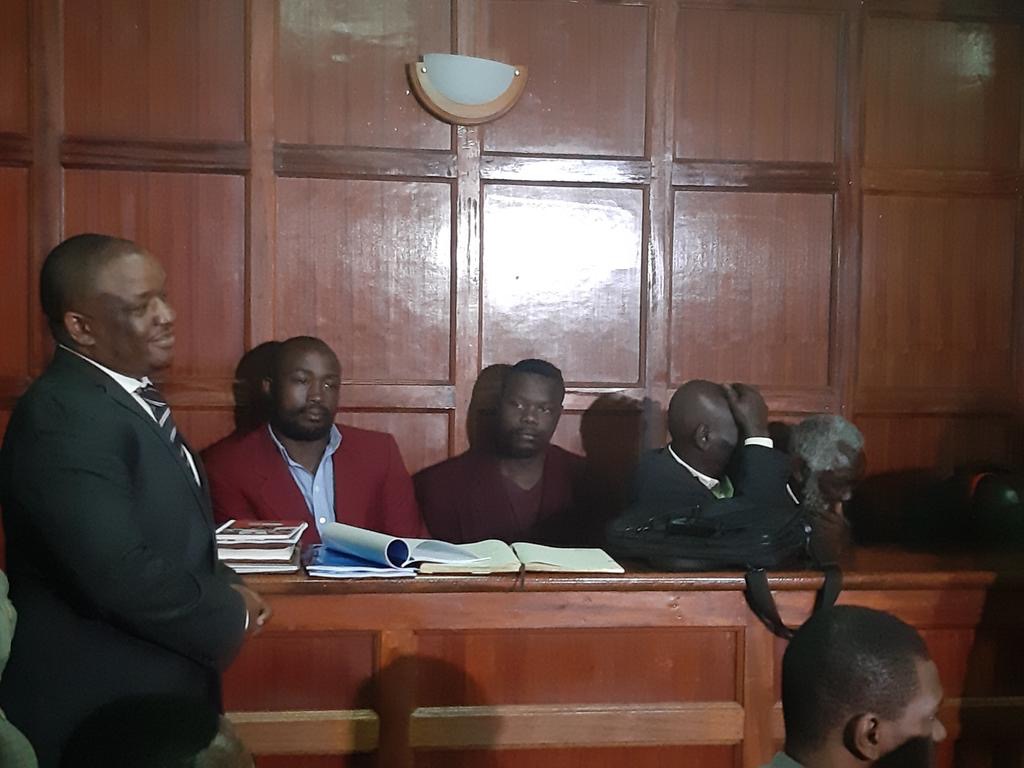 The accused when they appeared in court.

Chief Magistrate Martha Mutuku has postponed the sentencing of the two rugby players after being found guilty of gang raping an upcoming musician in February 2018.

In what could be one of the fastest prosecuted Rape case in Kenya, the two rugby players, according to the magistrate, raped the artiste at their Seefar Apartments residence in Highrise, Nairobi on February 10, 2018.

The two allegedly recorded the entire ordeal, and when they learnt that the victim was planning to seek legal redress, they deleted the video recordings.

“The suspects’ decision to delete the videos was an action of guilt,” said Magistrate Mutuku.

Wanyama and Olaba, have been playing for Kenya Harlequin FC.

During the proceedings defence Lawyers requested for a non-custodial sentences for two rugby players, Alex Mahaga Olaba and Lawrence Frank Wanyama, who were found guilty of rape:

“These boys are just starting out in life..If given a custodial sentence it will dash their dreams” – Defence

To which the Prosecution argued that the Sexual Offences Act provides for strict liability of offenders, and gives a mandatory sentence of 15 years to life.

Sentencing expected on August 16, 2019. They’re to remain in custody.

Kenya Insights allows guest blogging, if you want to be published on Kenya’s most authoritative and accurate blog, have an expose, news, story angles, human interest stories, drop us an email on tips.kenyainsights@gmail.com or via Telegram
Related Content:  Baby Skin Care and Boils Treatment
Related Topics:
Up Next