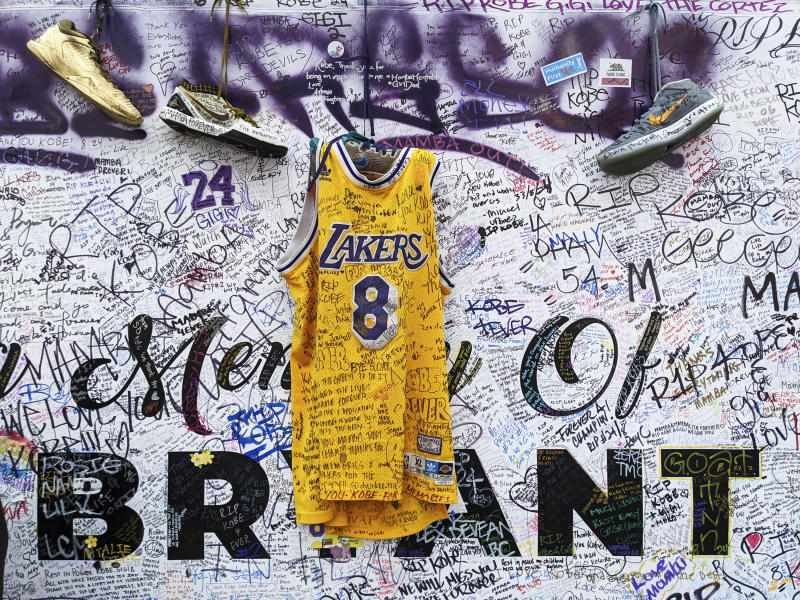 The purple and gold jersey worn by Los Angeles Lakers legend Kobe Bryant during his rookie season 25 years ago will hit the auction block next month where it is estimated to fetch between $3 million and $5 million.

Bryant premiered in the NBA league as a teenager in 1996 and the number eight jersey has been “resolution photomatched” to four games in the beginning of his career including two playoff games.

The jersey has also been matched to the basket ball legend’s 1997 Skybox Z-Force trading card, where he can be seen wearing it on the back of the card.

“In SCP’s opinion, this spectacular specimen from the legendary Laker’s rookie campaign could set a new price record for a game worn basketball jersey,” the auction house said.

“The current record is $3.69 million (Sh452m) for another Kobe rookie jersey. However, that example was worn solely in the regular season, whereas this magnificent jersey was worn in the Mamba’s first-ever playoffs.” SCP Auctions said.

Bryant jumped into the league straight from high school and went on to win five NBA championships in his 20 seasons with the LA Lakers.

Bidding on the jersey belonging to the Hall of Famer begins May 18 and ends on June 4.

The legendary Bryant perished on January 26, 2020 after a helicopter carrying him, his 13-year-old daughter Gianna and seven others crashed in Calabasas, California, roughly 30 miles north of Los Angeles. Everyone on board died with Bryant’s death sending shockwaves through the entire sporting world.

Bryant featured for the Los Angeles Lakers from 1996 until 2016, winning five NBA Championships and the 2008 Most Valuable Player award while making the All-Star team in 18 of his 20 seasons.

He established himself as one of the greatest players in the NBA history with his clutch shooting, capable defending, work ethic, and longevity.

Bryant died while heading to his daughter Gianna’s basketball game at his Mamba Sports Academy in Thousand Oaks, California.

What The FIFA Ban Mean For Football In Kenya